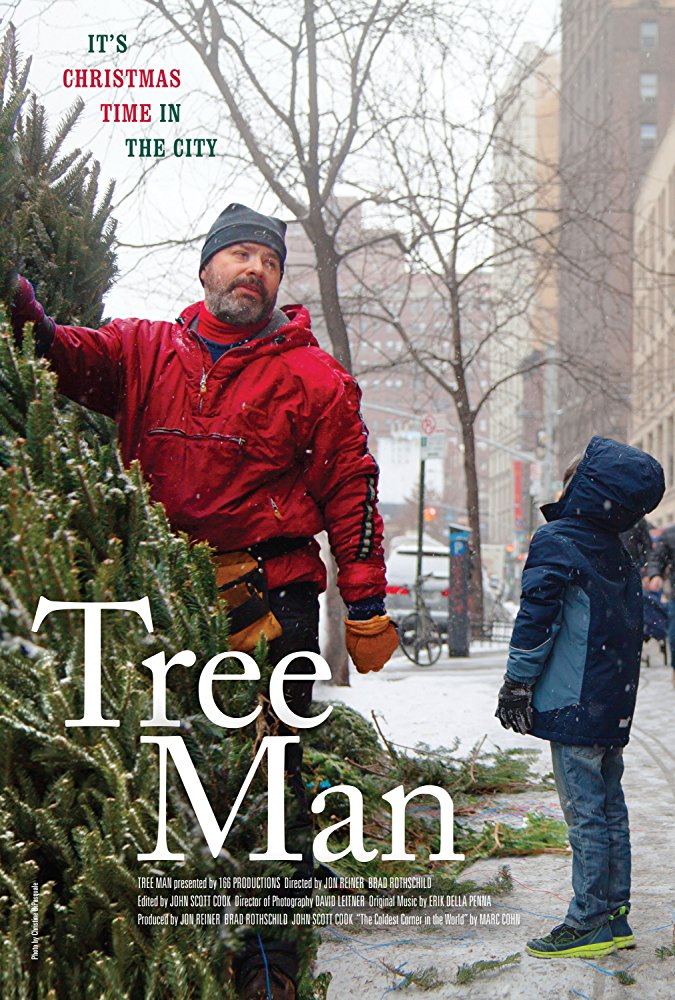 A documentary about the tradition of selling Christmas Trees in Manhattan

Tree Man (2016) Christmas is without a doubt the most celebrated, written about and confusing holiday that we celebrate in The United States. This has all been covered before in earlier rants, so I won’t write an essay about how it is a hijacked holiday. It is needless to say that the same people who vehemently proclaim that we must save the real meaning of Christmas, are also those who embrace most closely its pagan symbols. Other than the good Anti-Krampus himself, there is no symbol that is more beloved than the Christmas Tree, decorated in all its Pagan glory. 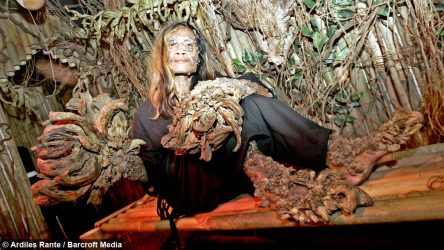 This brings us to the 2016 Documentary, Tree Man. No, I’m not referring to the man above, a poor recipient of God’s mercy and love. Mr. Koswara suffered from Lewandowsky-Lutz dysplasia, an incurable disease which results in uncontrolled human papilloma virus (HPV) infections and the growth of scaly warts resembling tree bark. He died Feb 3, 2016.

I’m referring to a Canadian who buys trees from North Carolina and sells them in New York City. Known only as Francios, the Tree Man tearfully relates as to how he leaves his family in Quebec to live in his van and sell Christmas trees in New York City. Francios has been doing this for years, setting up on the sidewalk corner of 102nd St. and Broadway in Manhattan and selling Christmas trees to the nearby apartment dwellers. The Canadian has great sales and social skills and has been embraced by the neighborhood. His Christmas wares and value-added services like delivery and setup have earned him repeat holiday customers and he has sold thousands of trees over the years. 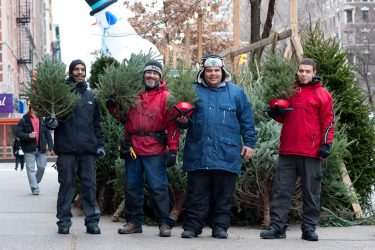 It is hard and demanding work, with long hours in freezing weather with rain, wind and snow. Francios lives and sleeps out of his van as 1-BR apartments at this prime location run over $4000 a month, if you could even find one. He has developed lasting relationships with some of his customers and is known as a mentor and father-figure to the 2 young men who work for him. One older lady even allows him to shower and shave at her nearby apartment.

It is never revealed how much money these Tree Men (and women) make but there is a fleeting reference to the price of trees. Francios refers to a $69 tree as a cheap tree. Considering this is New York City, I have to think that the average price of his full-sized trees would run well over $100, plus the delivery and setup fee. A quick Google search shows that the average price of a 6 ft. Noble Fir will run about $75 this year, up from $69 last year. With his sales skills and the fact that he mentioned he had sold thousands of trees, you’ve got to hope that Francios is making a good living, in spite of the harsh working conditions. It is not that easy as expenses and overhead have to be considered, plus corporate competition is looming as Whole Foods now sells trees, and at a big discount. Looks like the little guy with the great service is going to get it in the shorts again. 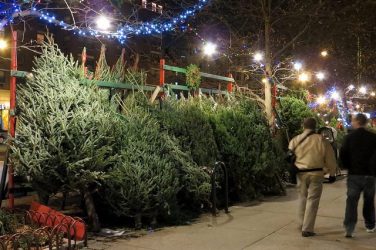 So, this is a great story, right? How can anyone bah-humbug a Christmas Tree? I mean, they are pretty, they smell good, are the very embodiment of Christmas, and are fun to decorate. O.K., I won’t…well, maybe just a little. Christmas reveals a lot of things, but one of the most striking is the gap between the Haves and Have-Nots. Santa, like his partner Jesus, is very generous, but more generous to the rich. Most of the Buyers were obviously well-heeled; one woman even hired a decorating firm, at undoubtedly thousands of dollars, to erect her tree and make her palatial apartment a Winter Wonderland. The decorator noted that the tree would be up for only 4 days and then trashed. Contrast this to the tree Sellers and their help, who seem to be barely making it in life.

The beloved Christmas Tree is one of the symbols of America. As the documentary ended, there was a very revealing scene when one of the wealthy apartment dwellers was walking his fru-fru little mutt, who proceeded to micturate on an unsold or discarded post Christmas tree. The very last scene shows Francios’s two young helpers, looking on morosely as the tossed off trees are unceremoniously ground into mulch. I know, Christmas trees are crops, not unlike the grains and corn that we elevate our insulin levels with. They also can be a symbol of much mirth and joy, but are ultimately just another wasteful ritual of a confused holiday. Bah! Humbug.