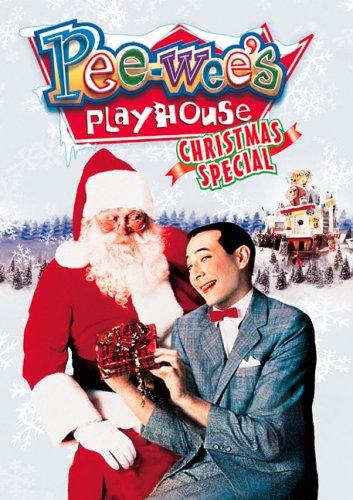 It has been 30 years since the most glorious Christmas Special ever assembled.

As I sieved through what is left of Christmas Movies, I reluctantly landed on Pee Wee and his Christmas Special. The special is only 49 minutes, so how bad could it possibly be? I’ve already reviewed the sausage-fest of Pee Wee’s Big Holiday and didn’t turn totally Gay (well, 80% is close enough), so what have I got to lose? My audience? My sanity? What is left of my sexual identity? 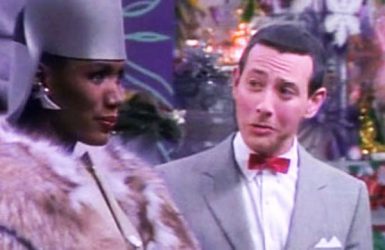 The smirk on my face was quickly erased as the show commenced and the setting was rich and Christmas colorful. The cast of regulars was impressive enough, but the list of guest stars quickly elevated this 30 year old Christmas shit-storm into something special. In spite of the cornball jokes and never-ending delivery of fruit cakes, I grudgingly found myself enjoying this special. 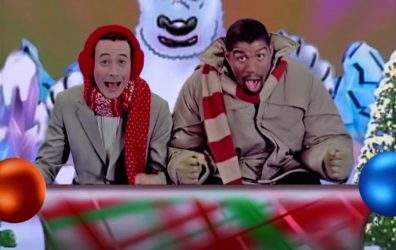 Having that many stars crammed into a 49 minute special could be considered a glut or a feast, depending on your perspective. It was all handled well, and even Pee Wee and Dina Shore’s 1988 version of Face Time. Pee Wee cleverly inserted a body double and Dina just kept on singing the Twelve Days, and without a clue of his absence. 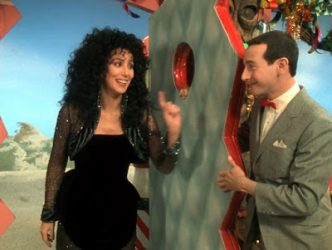 Even with all the celebrity guests popping in and out, there was room for a story. And, even though Cher did not sing, K.D. Lang belted out Jingle Feet, and Grace Jones did The Little Drummer Boy before she was routed to the correct destination of The White House. Oh, yes, the story. Pee Wee had cranked out a 1.5 mile long Christmas list. When Santa appeared, he reluctantly informed Pee Wee that if this list was filled, then the children of the world would do without. Of course, Pee Wee experienced redemption and gave up his list to the world. He was rewarded by being permitted to ride shotgun for Santa to help deliver the gifts. There was also a fleeting mention of The Baby Jesus and the real meaning of Christmas.

I was fully prepared to trash this short movie, but in the spirit of the season I have to give credit. One thing that made this special more watchable was the quick pacing and snappy dialogue. Yes, it was corny, but not contrived, and certainly not predictable. It was a Christmas Special that was not a kiddie show at all, but could be enjoyed by both children and adults. Jambi was as creepy as ever, but there was not the innuendo and adult humor of of Pee Wee’s other episodes. “Meka Leka Hi Meka Hiney Ho”.