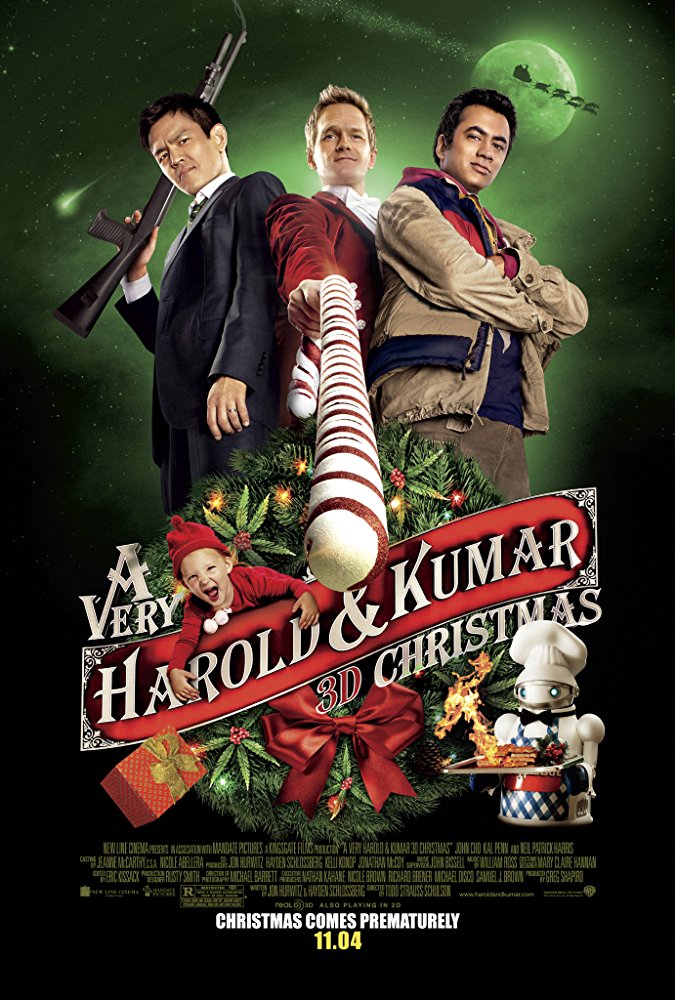 A VERY HAROLD & KUMAR 3D CHRISTMAS When this movie isn’t being gross with the bodily fluid humor, or disturbing near-rape scene, (just does NOT belong in this kind of movie) it can be funny even when it is being oh, so very wrong. Oh, and a toddler gets stoned, dusted with cocaine and takes Ecstasy, plus Santa Claus is shot down in a profane, bloody, feud.

John Chu and Kal Penn are MUCH better actors than this kind of comedy usually demands and there is definitely a chemistry between them. All types of cameos by comedians and character actors help as well, with the funniest stuff coming from Tom Lennon and Neil Patrick Harris. He is very blatantly playing a fictitious version of himself, which is a hoot except for his involvement in that odd, near-rape scene.

As you might imagine in a film like this, the women fare not so well. At best, they are window dressing, or worse. I don’t watch 3D because of my near-nearsightedness but where the 3D was placed in this film is so obvious I didn’t really have to. For the most part, the 3D angle is parodied quite well, even clever, in parts.

If you like stoner humor you might love this. If you are like me, you will enjoy the more clever bits, but it is not a keeper. 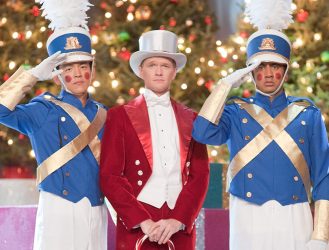 (Goat also has to chime in on this stinker)

Jaimes is entirely too nice and spent too much time on his review. By too much time, I mean anything over giving this shit-fest a title and a rating. I went into this movie viewing with very low expectations, but was nauseated at how pedestrian, un-funny and offensive this movie was. I even thought the panning of Jesus, religion and Christianity was offensive, not because I do not support the concept, but because it was not funny. Danny Trejo? Are you kidding me? That’s it. This is not the worst Christmas movie ever made. It was one of the most offensive because it could have been funny. It was not.