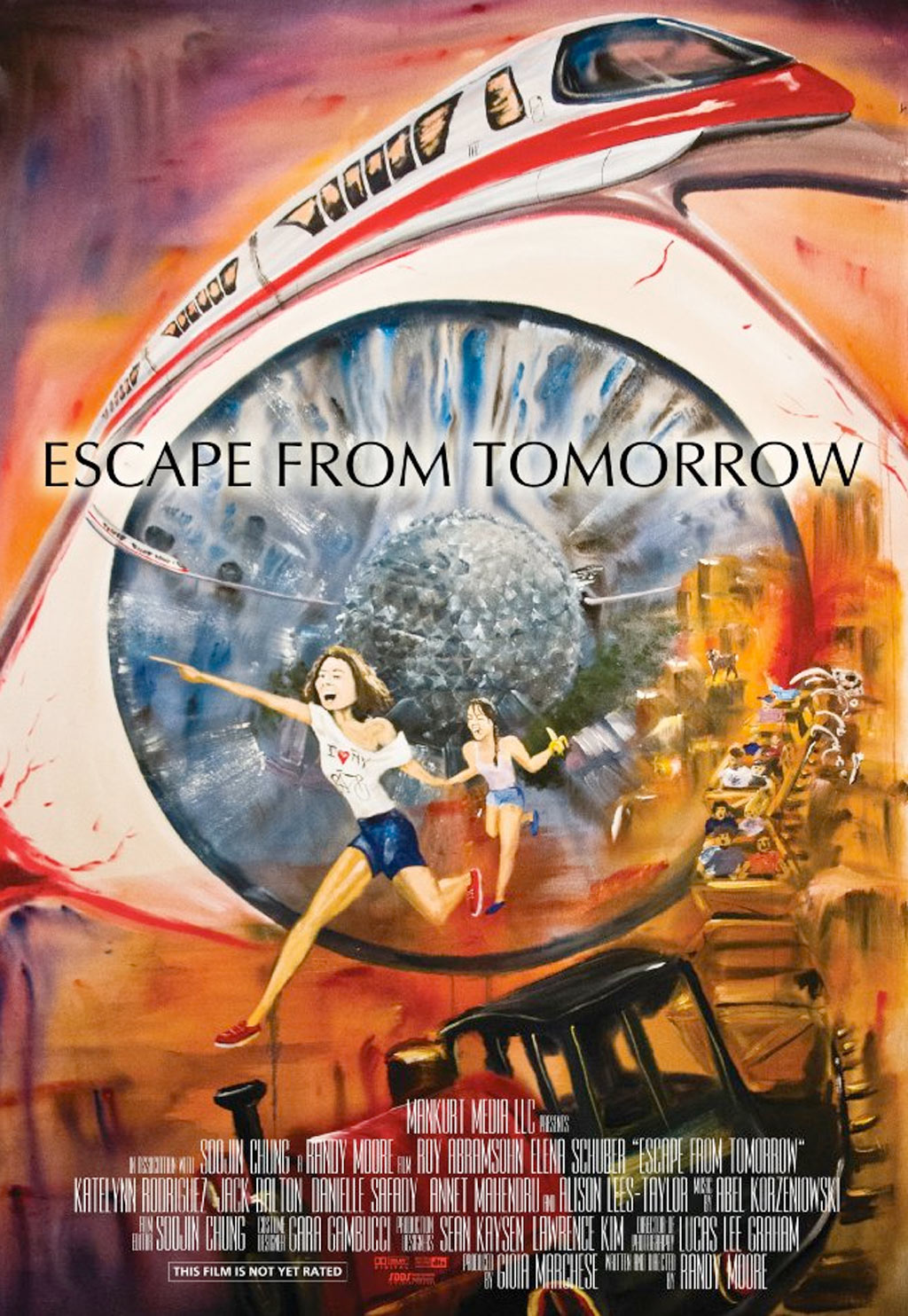 Escape From Tomorrow (2013) You hear someone has somehow filmed an entire movie at Walt Disney World without Disney’s knowledge. You can imagine it will look like found footage garbage with key scenes shot on sets indoors. This movie was shot in shimmering black and white by a real cinematographer, and 99% of the movie is actually shot at Walt Disney World.

To try to explain the plot of the film without some spoilers would be a fool’s errand. It starts off with Jim (Roy Abramsohn) losing his job while on vacation. Jim hides the sacking from his family which includes wife, Emily (Elena Schuber), young son, Elliot (Jack Dalton), and adorable moppet daughter, Sara. (Katelynn Rodriguez). You might have seen her in American Horror Story as one of the “smouldering children” on fire.

Jim finds excuses to follow them, even if it means losing his daughter temporarily and forcing his son on a ride that makes him sick. That’s just the set up, and as the movie progresses, it slowly begins to become a bad acid trip. This trip involves conspiracy, tragedy, evil robots, possible extraterrestrials, a life threatening virus, kidnapping, and of course, Disney Princesses that are prostituted to high paying international businessmen.

For most of the movie, as it gets wilder and weirder, you are not really quite sure if the things you see are really happening, or if they are all occurring through the fragmented prism that used to be Jim’s sanity. Your own mind starts screaming stuff at you: “What the HELL was that?!” “Holy cats! Did someone just blow up Epcot Center?!” “Hey! Where did that topless girl come from?!”

As director and writer, Randy Moore (his only film so far) has major strengths in the creativity department. Moore does fail at making it all cohesive. The ending will leave most people just scratching their heads wondering, “WTF”? Is this a David Lynch film? It is true David Lynch poses questions he never answers, but his work is still cohesive. Here there are so many fascinating threads that are begun , then simply vanish. It’s a bit of a cheat. Also, there is a lot of clever in this movie, but little heart.

It doesn’t help that Abramsohn has made the same mistake that Jack Nicholson did in The Shining. Jim is presented from the get go as “nervous crossed with a pervy fratboy”. Not only is Jim unsympathetic, but he is just not believable. There is no real arc to his character. One moment he seems sane, the next he is not. There is no build up, therefore his performance comes off as superficial. (in his frat boy pervy persona I kept picturing the comedian Rob Riggle) In the third act, Jim seems to develop a conscience and becomes a de facto action hero. The character reaches that point without any believable or deserved transition. You would have to buy into the premise that “the park” was making him act so horribly. This is hinted at but not really explained. The how is there, but not the why. However, this theory WOULD explain how just a handful of characters keep running into each other in such a huge place. Also, did you know that you could put on a Sombrero and get really drunk at the park! It’s true! The rest of the cast are believable, but don’t really have much beyond the one thing they are supposed to represent. Not that the cast didn’t try. There is a moment in a scene, towards the end, when Emily realizes that her husband just might be cheating on her. It is brief, but in her eyes, the heartbreak is crushing. Emily could have been fascinating, if Schuber had been given more to play with. Instead Emily was presented mostly as a shrew, despite the warmth that Schuber instilled in her. 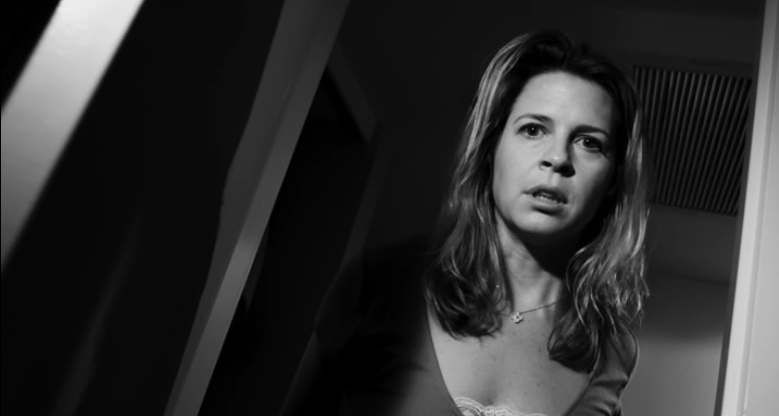 What Moore attempted is commendable and should be applauded. He basically gave a big Italian hand gesture to the Big Mouse House and he did it while dining at their table. That’s brave and creative. The Mouse House, for their part, didn’t pursue a lawsuit because, cannily, they knew it would draw more attention to the film. The movie is interesting, mostly because of the setting. This was enough to make it continually watchable for me. I did hear there was a cut they showed at Sundance that was longer and, some claimed, more boring. Afterward, it was re-edited and some action sequences added.

You get brief glimpses of the cut footage in the bonus documentary which I highly encourage you to watch after the movie as it will give you a further appreciation of what Moore accomplished and the cleverness of some of the decisions. For instance, filming in black and white, not only gave the film a more eerie look, but it helped with continuity, like in the scene at Autopia, in which the colors of cars are made undetectable!

All in all, This could have been a classic with a tighter script and more fleshed out characters. The actual directing is smooth, but not spectacular. The cinematography is very good. (especially considering what it took to get shots) The special effects, impressive for a film shot on a shoestring.

This is not a bad movie but it’s not a great one, and probably not a movie to be liked. Appreciate the efforts and victory of such a subversive undertaking (especially now as Disney is attempting to trademark Dia De Los Muertos!)

Escape From Tomorrow is truly something incredible. It will, most likely, never happen again in the history of film making. You’ve got to love that even if you don’t love the film.