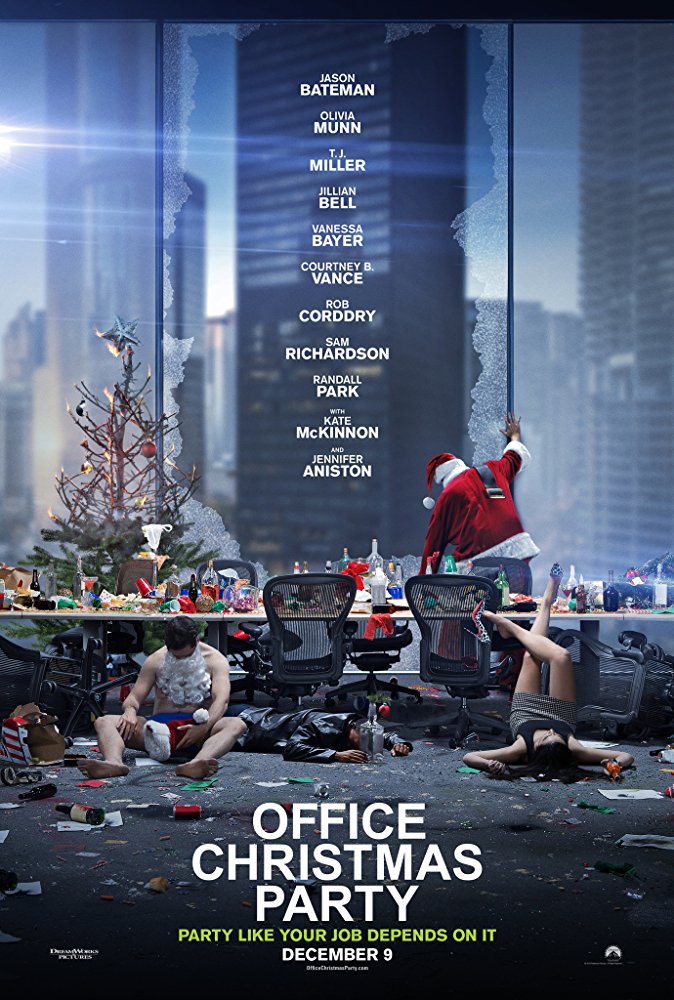 Saving the company the old-fashioned way.

The best scene in a movie about an office Christmas party doesn’t actually occur at the party. It happens in an airport lounge and is further evidence that Jennifer Aniston was horribly miscast for most of her career. I’m not talking about starring in comedies, I’m talking about being cast as the good girl or heroine. I get why it was done (Rachel from Friends), but it turns out she’s so much more fun to watch playing a villain, or at the very least, an anti-heroine.

For at least a few months (and maybe still going), Aniston was featured in a commercial for St. Jude Children’s Hospital, asking for help in fighting children’s cancer. It’s a great cause and I love that she is helping with that effort. In one shot, she’s literally holding two little girls with bald heads who are cancer survivors and your heart melts (as it should). Try to remember that when you watch the airport lounge scene in this movie when (SPOILER ALERT) she confronts a little girl who ate Aniston’s Cinnabon by calling Santa to report the little girl, then tells the little girl “fuck you” while walking away. Again, your heart melts a little bit. 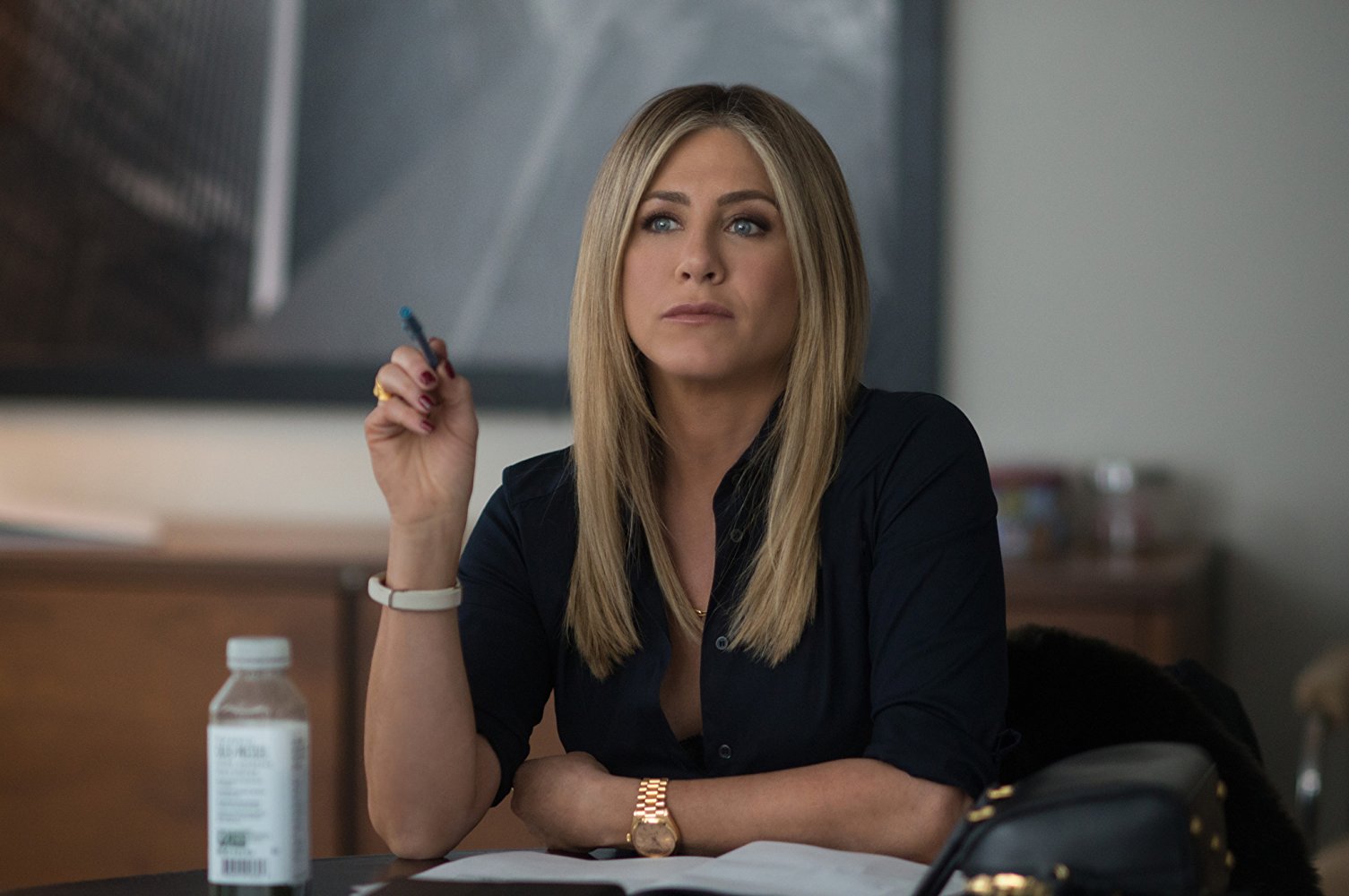 And your little dog too.

While Aniston is doing her best to remind you that Horrible Bosses wasn’t a one-off for her, the rest of Office Christmas Party does it’s best to remind you that office Christmas parties used to happen and some might have even been fun. I’m certain they didn’t happen like the one in this movie, but they used to happen when companies still cared about such things as employee morale. For the record, I’ve worked for a major corporation for the past thirteen Christmases and there hasn’t been a Christmas/Holiday party thrown in the last ten. Not that I mind all that much – they’re usually awkward and filled with people talking about work – but it’s the thought that counts. Incidentally, the party in the movie starts off exactly like that. My friend even commented that if we had an office Christmas party (we work for the same employer), that’s what it would be like. This is both hilarious and depressing.

Anyway, if you’re looking for a plot beyond “out of control party,” this movie brings a surprisingly decent one. Clay Vanstone (T.J. Miller) is trying to save his employees’ jobs from his sister Carol’s (Aniston) cutbacks (she’s about to be CEO). His idea is to throw a raging Christmas party to convince a prospective client, Walter Davis (Courtney B. Vance), to sign a deal with them. Clay enlists his CTO, Josh (Jason Bateman), and top programmer, Tracey (Olivia Munn), to help win over Walter by the end of the party. Hijinks ensue due to alcohol, cocaine, and fear of getting fired, but I won’t ruin any of that for you. Let’s just say that Vance gets to play against his traditional typecast of quiet lawyer and Miller plays up his traditional typecast of stoned funny man and both are fantastic. Even Kate McKinnon (playing the Human Resources lady) shines in some moments, though still has a lot of work to do level up to Miller, Bateman, and Aniston. 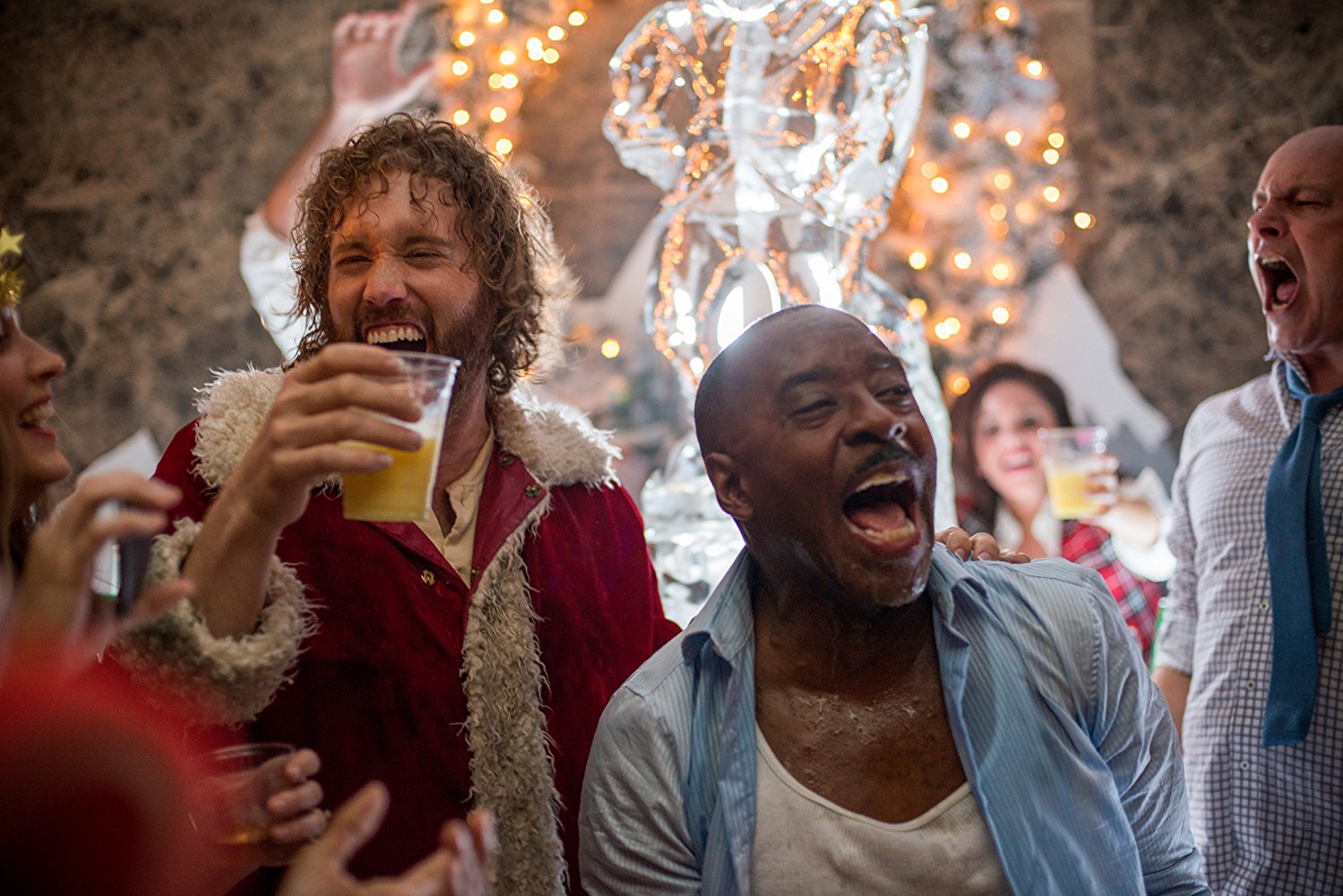 Let it all out Courtney. You earned it.

What I like the most about the movie is that the party never blots out the plot, but is used to good effect to move the plot forward or give a minor character a quick little spotlight and extra bit of comedy for the audience. Yes, the plot does get a little absurd, even for this kind of movie, but it never stops being funny. There are also plenty of fun set pieces (an Iron Throne being my favorite) that get wilder as the movie progresses. It was like watching a modernized Bachelor Party, but with gender equality. 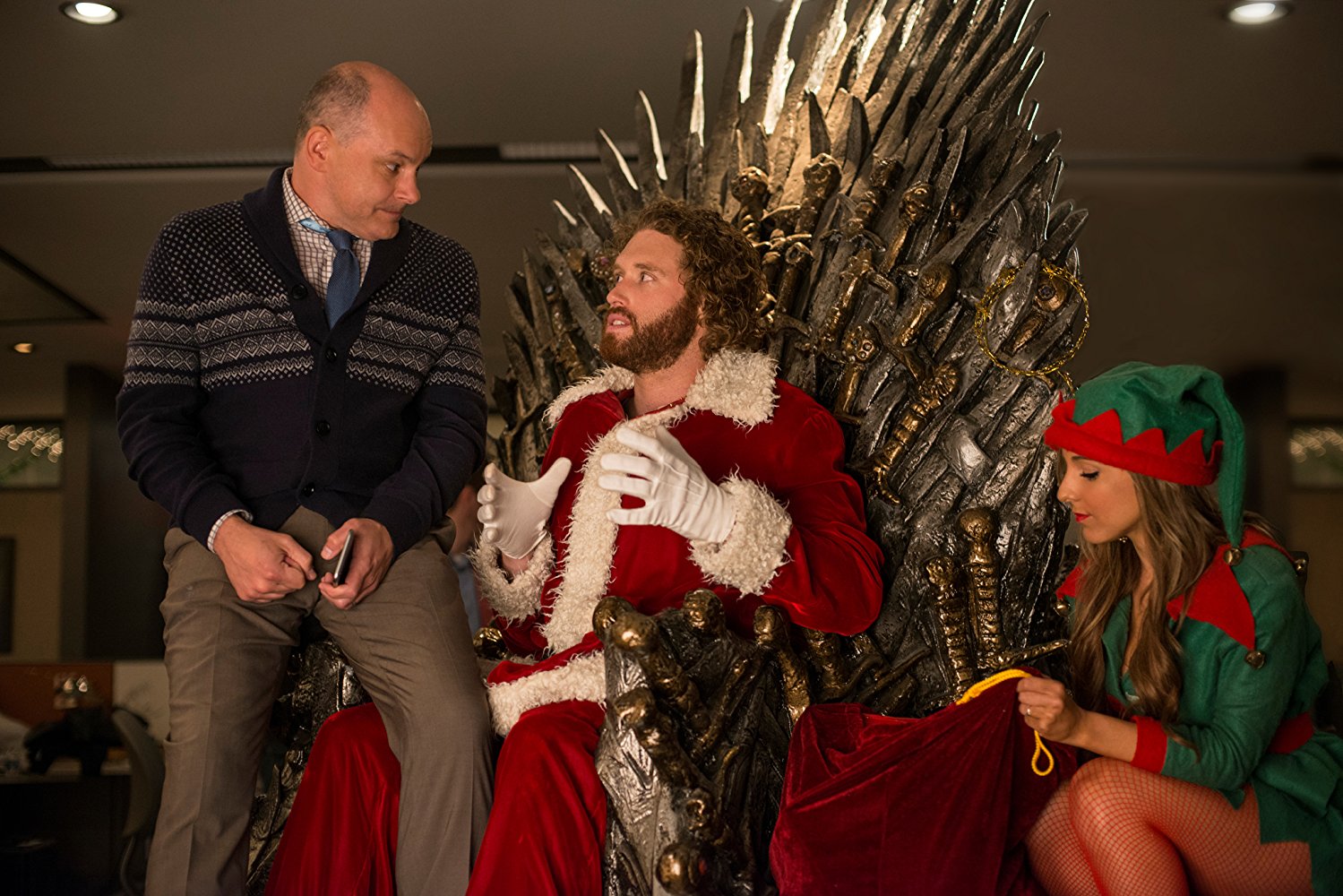 Like The Night Before last year, Office Christmas Party is a good comedy for the holiday season that delivers laughs throughout its entire running time. Yes, there are some raunchy jokes and nudity and depictions of drug use, so if you are the type of person who thinks there is a war on Christmas and takes the holidays way too seriously, lighten up. It’s not about you. Stay home and be dead inside and the rest of us will enjoy another hilarious entry in the Christmas comedy genre. And if that makes you mad, Jennifer Aniston has something to say to you.

Rating: Don’t ask for any money back and enjoy your company’s party (if it still exists).