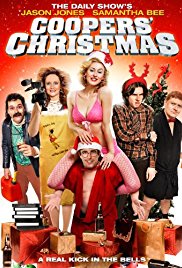 This masterpiece is like the joy that incurs when a dog eats its own vomit.

This time the suggestion really bore fruit in the form of this deliciously vulgar but infinitely watchable movie. The only reasonable way that I can describe this VHS film is the joy that a dog incurs when it eats its own vomit. Yes, it is that good. From the endless mullets to the crazy and zany Family Values, this film separates the wheat from the chaff. You are either all-in for Christmas mockery, or you are not. 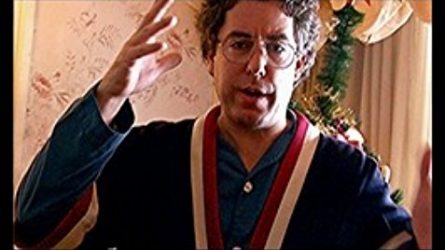 The movie is set in 1985 and Gordon Cooper has accepted a state of the art VHS Camera in lieu of a $2000 debt owed to him by a neighbor. The movie is seen in entirety through the lens of this camera, most of it filmed by Teddy Cooper (Dyan Everet). The used tape in the camera also has brief fragments of a sex tape that was made by the former owner. These clips appeared at random times and only added to the cheese of the moment. The cast of this movie made family dysfunction an art form and absolutely nothing was sacred as they bumbled hilariously through the Christmas Day Holiday. I mean, this was like Christmas Vacation to the power of 10. This was the most vulgar and mean-spirited Christmas movie ever made. It was also relentlessly hilarious.

Gord Cooper (Jason Jones) was the hapless Dad of this emotionally crippled family. All the acting was amazing, but Gord Cooper and his mustached and mulleted Brother-In-Law Uncle Nick (Mike Beaver) really stole the show. Other memorable characters included Gord’s estranged brother Tim (Peter Kelegan) and the chain-smoking and bitterly unhappy (outrageously funny) Aunt Gert played by Jayne Eastwood. Samantha Bee played Gord’s wife Bev, who was mysteriously pregnant even though she and Gord have not had sex for over a year. Gord remained oblivious to her obvious pregnancy because he had his own issues. 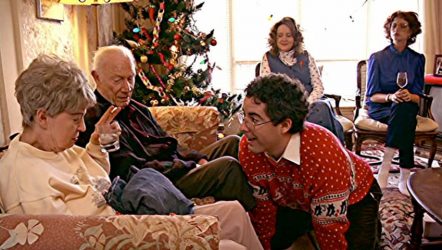 This amazingly naughty, but outrageously anti-Christmas movie was filmed in Canada and shot in only 11 days. There were as many sexual innuendos as there were alcoholic drinks poured down the throats, as a Family Christmas complete with the inevitable relatives descended into total madness and chaos. There was not one moment of unintentional appropriate behavior by the adults in this raunchy movie. Role models they were not.

I don’t want to spoil the plot of this outrageous movie. I will say that this movie is not for everyone. It was definitely not a Family Christmas Movie. Every traditional family value virtue was systematically assassinated in this film. Cooper’s Christmas was a glowing dumpster fire of the total failure of a family on every level. Nothing was sacred here, especially the sanctity of marriage. Coopers Christmas makes Bad Santa, Christmas Vacation and Blackadder’s Christmas Carol look like Its A Wonderful Life. 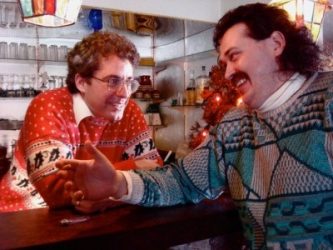 The raunchiness of this film was only exceeded by the riotous humor in every scene. If I had to make any criticism, the run time was a little too long, but I didn’t care as I enjoyed every single moment of this very dark Christmas Comedy. If you like infidelity, non-stop alcoholism, crude jokes, penis pumps, racism, date-rape, vehicular homicide (multiple), car bombings, mullets, and sex with mannequins, this movie will probably appeal to you. I mean, they did everything but kill puppies in this movie. Whoops, they talked about that as well. If you have a shred of decency and respect for family and Christmas, maybe you should avoid this one. I loved it.