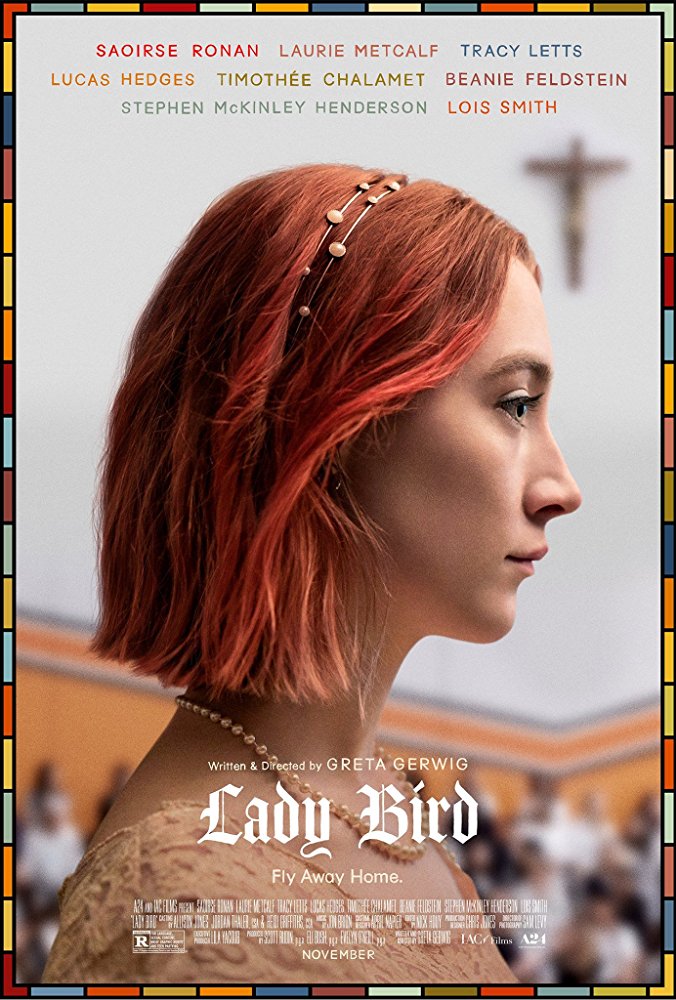 A look at the final year of high school for Lady Bird and a million other girls.

For about eight minutes, some hay was made about Lady Bird breaking a record for the most positive consecutive reviews without a negative review on Rotten Tomatoes. Then, a single film critic gave it a negative score out of a combination of spite and thinking the film was merely okay and the Internet pooped its collective Pampers. There is a lot to unpack with this situation, but I’ll save that for another time (*cough* year-end-review *cough*). After watching Lady Bird myself, I can definitively state that I am not a teenaged girl. I checked. Lady Bird is a coming-of-age tale about a high school senior, Lady Bird (Saoirse Ronan).

That’s it; that’s the whole movie. Lady Bird is your stereotypical (or typical) female teenager – she hates her mom (Laurie Metcalf), wants to go to college on the opposite side of the country from her mom, falls in love with different boys, has a falling out with her best friend over stupid teenager shit, and sucks at math. Since I am not a teen-aged girl (I checked again) and am good at math, I can only relate passively with Lady Bird on most of her issues, though I can sympathize because I knew some of those girls. It reminded me a lot of Napoleon Dynamite, but without the quirkiness of Napoleon Dynamite. For all those reasons, I couldn’t generate more than mild interest in what was happening on screen (just like with Napoleon Dynamite). Don’t get me wrong, I wasn’t mostly bored by this film because it was about a teenaged girl. I was mostly bored because that teen-aged girl was barely interesting. I’m not saying the movie isn’t good, just that I’m not the intended audience. But also, what is that smell?

Rating: At the risk of causing another stink (ha ha), unless you are a teen-aged girl, ask for three dollars back.

(Note: GOAT reviewed Lady Bird in far more detail and is also not a teen-aged girl.)