NFL Week 16: The Days Are Getting Longer Again Edition

As if by magic, just like that were back like rebels making trouble, assassins kicking ass on the double. A winning record and an overall winning percentage of 52 subtracting the pushes. No sports book alive is gonna stop us! Eh, or maybe they will. It is a game of chance after all. Obviously I want everything to come up on our side but it is important to remember that there are no guarantees here. Though as discussed infra, Sundays Rams-Titans tilt might come close.

A couple of weeks ago the Honorable Mr. Goat noted that it is only a game, a sentiment to keep in mind over the holidays as we have wall-to-wall football every day for the next ten days, thanks be to God and the ceaseless grift that is the NCAA. Yes, its a chance to cash in, but remember to keep it fun. Take it from me, a family gathering can be ruined by a single attendee. That is, if said attendee is constantly pacing in front of the T.V. and ruining all of the caroling by shouting AWWW GO TO HELL SEAN PAYON YOU GROWN UP CHRISTMAS STORY RALPHIE LOOKIN SON OF A BITCH!

This is supposed to be fun, remember? But in all sincerity I hope you made some bank. Yes he is to some degree at fault for neglecting the very concept of defense but if you throw a stuffed chicken breast in such a manner so as to knock the DirecTV receiver off of the entertainment center you, and not he, will be adjudged at fault. I sympathize, really I do, but to paraphrase your local congressperson, I don’t make the rules, I just exploit them for my own benefit whilst contributing nothing.

So the outlay last week was six picks going 4-2 overall, which I was happy with. As it happens there are more nice lines than usual this weekend as well, so maybe we can dig up some last-minute gift-buying money, and even discuss what to spend it on. Six picks edged out our previous record of five in week 12, and was an appreciable outlay of stake money, but was it risky? Was it bold? Eye of the beholder, I suppose. For instance, to [b]e bold means, to me, be authentic, be real, be yourself, be confident, and always be a gentleman, but still have that tenacity that no one can take away from you. 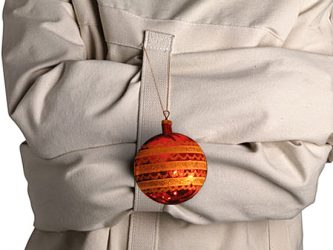 Please understand that I have to watch both the lines and the injury reports before I can go to press, so I have to be late to the party on certain memes and things that go viral, so forgive me if you’ve already had your fun with this, but come on. That Vanity Fair article calls him the [inadvertent] face of Trumps tax plan and yeah, that about nails it. I suppose there might be a more obvious embodiment of the class divide in this country, but the fact that I haven’t seen him or her would indicate that either they don’t exist or they are at least self-aware enough not to make an Instagram video that functions as a promotion for the despisal of its subject and all that he represents.

Everyone seems to be honing in on like the Paolo Veronese-esque figurative drawing that the bold designer crafted on his sketch pad. Granted, its side-splittingly awful and would appear to expose a lack of knowing how many buttons even comprise a button-down shirt. But I’d like to think that someone, somewhere out there, loves and adores a handless footless gender-fluid colorblind life partner, and they are probably ecstatic that at long last a company is manufacturing hideous clothing with their beloved in mind.

Hilarious as the sketch pad might be, however, I am of the opinion that the inspection of the shirts on the rack (41 seconds into the video, directly after the sketch pad) is the true highlight. If the goofy scion of a billionaire was actually driven to design and create shirts, hideous and insufferably zany or otherwise, at least it would be a passion, a calling of sorts. From the outside it would seem to be a waste of resources, a frivolous lark for some rich kid, but at least it would be a calling and, in its own way, art.

I understand where one might think rage is the appropriate response. The guy is, after all, emblematic of the times. The tax cut that Vanity Fair says he represents is an act of class war. Trump and his worthless kids stand to gain millions. Teachers can no longer deduct the out-of-pocket money they spend on school supplies. 13 million people will lose their health insurance over the next 10 years. The endless, intractable wars they got us into still rage on. All of this is true, and yet: at least were not the real-life version of the guy who stole Pee Wee Hermans bicycle. HEY LOOK FOOTBALL!

I don’t have to keep any action against the Jets unofficial anymore, since the ball and chain is officially in the market for a better draft pick. Besides, they already won the five games we needed for our prop bet to pay off.

The AFC wildcard berths are still up for grabs. Right now they belong to the Bills and Titans, but the Chargers are only one game back. They could still technically win the division outright, but the Chiefs would have to drop games to both the Dolphins and the Broncos. One of those might happen, but not both.

The wildcard makes more sense, and thus they need this game. The Jets are limping across the finish line with Bryce Petty behind center. Last week Petty was 19 of 39 for 139 yards with a touchdown and two interceptions, and he will only fare worse against the fourth best passing defense in the NFL. Any more than seven and Id get squeamish, but I’m OK with laying the Bolts for a unit or two.

I hate hate HATE touts that call stuff their Lock of the Week or Shoe In of the Week or Weekly Non-weak Peak of the Week or whatever but sweet Jesus TAKE THIS PICK. Its free money TAKE IT. There isn’t much to even question here. If the Rams win, they clinch their first divisional title since 2003. Can you believe its been 14 years since Marc Bulger took over for Kurt Warner and we didn’t have to listen to made up stories about the latter bagging groceries anymore?

Granted, the Rams are 10-4, so a loss would not spell utter disaster. However, there is such a glut of good teams at the top of the NFC (i.e. the Eagles (12-2), Vikings (11-3), Saints (10-4), Panthers (10-4) and Falcons (9-5)) that they aren’t assured a playoff spot yet. If for some reason they lost, they would need the Seahawks to lose to Dallas, or for Detroit, Carolina and Atlanta to all fall. Neither of those scenarios is impossible, particularly the first, but obviously the easiest and preferred route for L.A. is to just win come Sunday afternoon. Doing so comes with the added bonus of a potential first-round bye, though that would require the Bears to beat Minnesota in week 17.

The motivation is there, the opponent is prone, and the line is a pittance given L.A.s average margin of victory of 19.2 points. Apologies for the hyperbole but TAKE THE DAMN MONEY!

Why yes, I will keep beating my head against this pole until San Francisco proves me right and loses a game. Lucky for me, I’ve got the best man for the job this week. Wait, its Bluff Bipples?

Yeah, I was wrong about the Jags this year, but so was everyone else, and after they started out by alternating wins and losses for the first month and a half, they’ve since won seven of their last eight, the only loss coming against the Cars of all teams, who clipped them by a field goal in the Diploma Mill Dome.

Buckles has been a nice surprise but the real story has been the third best defense in the league – the best against the pass – and fantastic rushing behind Leonard Fournette, who they once benched for missing a team photo, and the criminally underrated Chris Ivory.

At 10-4 the Jags are poised to win the AFC South but haven’t done so yet. I will concede that the drastically improved 49ers have some momentum right now but Jacksonville has more, and with a division title on the line I think they easily cover four.

Good Lord did Seattle get thumped last week. I don’t expect to see a repeat of their blowout at the hands of the Rams, but certain elements of that game still remain.More specifically, they are still badly hurt, with Nazair Jones, Bobby Wagner, Jimmy Graham, Earl Thomas, and Frank Clark all on IR as of this writing.

Dallas on the other hand has won three in a row and refuse to die. Rayne Dakota Prescott went 18 of 27 passes for 212 yards last week, but he threw two picks. Nevertheless, Dallas is still hanging on and they need help. Next week is against divisional rival Philly, and that represents all sorts of problems, so I see them hyper motivated to win this one.

Oh, yeah, they also got one of their RB’s back. The name escapes me Zeke somethingorother? But assuming this guy is any good at all, the Cowboys should be able to cover five against a Seahawks team in a freefall.

Houston has it even worse than the Jets. Their Bryce Petty, a.k.a. Tom Savage, finally succumbed to the on-average 800 sacks he was eating on a weekly basis, leaving the rest of the season up to T.J. Yates. It went alright, as Yates was 26 of 57 with 303 yards and a 3/1 split.

Pittsburgh remains among the best, if not the best, team in football. Yes, they are without Antonio Brown, but they are still seventh best defense in the league, allowing 20 per game, and still have something to fight for since they don’t want to play playoff games in Foxboro.

Beyond motivation, the Steelers have won five straight on the road, and Roethlisberger, though kind of a knob, has amassed numbers of 63.9% completion rating, 4,025 yards, 26 touchdowns and 14 interceptions. Mr. Yates may be in over his head. Steelers cover the big line.

That’s it guys. In all sincerity I do hope the holidays do right by you, and that you get the toy you want more than life itself. I also want to thank readers Renee H. and Michael B. for reaching out to volunteer their time to help pass out blankets on Christmas Eve. Once again, if you’re in the New York area and want to join is, I will make it worth your while. Get at me at threehundredonedegrees@yahoo.com and @ArtistsFirstLLC