Usage of Cryptocurrency in Video Games is on the Rise

Cryptocurrency is on the rise. There are no two ways about it. While it has yet to be fully assimilated into the mainstream and there are parts of the world which are yet to be introduced to it, by and large, cryptocurrency – and especially bitcoin – is gaining popularity by the day. Although it is essentially a virtual form of currency, since we are living more and more in a virtual world, one can understand the appeal and importance of cryptocurrencies. 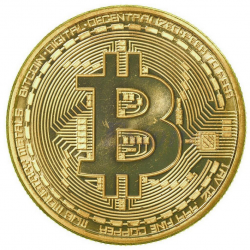 A digital money system that is more secure than ATMs, cash machines and banksit is a growing phenomenon that many sectors, including the iGaming industry, have accepted. While not many people would not know the ins and outs of bitcoin, but rest assured that anyone and everyone with access to a computer would have heard of it. The way bitcoin has exploded in value – a single unit is worth over 13,000 at the moment – has been unprecedented. It has also given rise to Litecoin, Dogecoin, Ethereum, and Ripple, and in the coming years, there could be even more major cryptocurrencies.

Therefore, one can understand why the digital world is more open towards accepting cryptocurrencies. It is safe, secure and is not controlled by central governments or banks. The production of cryptocurrency is generally capped, while in the world of fiat currency, it is up to the state governments and central banks to decide when and how much money to print. Cryptocurrency has allowed people to take control and make their own decisions, a reason why it is becoming increasingly popular. 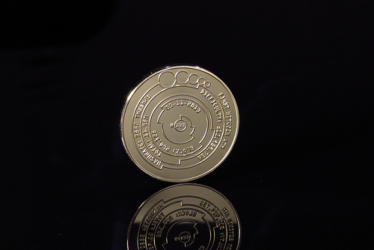 Cryptocurrency is also being used in video games and online casinos.One of the earliest game cryptocurrencies is GameCredits, which is based on a fork of the Bitcoin code and is still quite popular. DigiByte is a similar cryptocurrency and allows the player to purchase PlayStationgames, althoughdigips.com is the only remaining gaming website that still uses this currency.Such is the growing popularity of cryptocurrency in online gambling that there are many online casinos that accept only bitcoins payment. Bitcasino, sportsbet.ioand Bitcoin Poker are just some of the online casinos where you pay exclusively using bitcoin. In fact, there are even websites that review such online casinos that use cryptocurrency to make it easier for the players, where you will also find specific comparisons of providers based on each game they offer. For instance,you can find out more about the best places to play roulette onlineand what each offers if you click here.

Another way to use cryptocurrencies is traveling the world.Cheapair.comannounced way back in November 2013 that they are accepting bitcoins as payment for flight tickets, hotels, car rentals and cruises – the entire lot. A dealer in California accepts bitcoins for cars – he sold a Tesla Model S in December 2013. Then there is the small matter of purchasing tickets using bitcoins to travel to spacewithEnglish billionaire Richard Bransons Virgin Atlantic company. The University of Nicosia, based in Cyprus, also accepts bitcoins as payment. With the growing use of cryptocurrencies, it is not long before the world decides to shun the old system of cash and coin and deals exclusively in bitcoins.