I haven’t read the Wolff book yet. I read the New York Magazine excerpt, of course, and the Axios thing that reads just a little too dismissive, like they’re pissed that they got scooped. As can be seen, they sneer at Wolff for burning sources – and sweet Jesus, did that dude burn some sources – but doing so is how he scooped everybody in the first place. The pithy nature of their Michael Wolff is a bad guy, but here’s what we can corroborate framing paragraph makes me think that Drew Magary is probably right, and a bunch of those access-craving boot-lickers are just mad that they didn’t have the balls to do the same thing. Easy for me to say; my balls work just fine, but I don’t have to interact with anyone in the Huckabee family on a daily basis.

As for the actual content, I think my exasperated sigh is probably echoed by most people, at least at this point. When you consider everything that has been published over the last day or two, what is the big reveal? That the President is stupid? That he doesn’t know how the government works? That he didn’t really want to win? That his wife can’t stand him? I’m pretty sure everyone outside of the cult already knew all of those things. And for that matter, no one in the cult will believe it, and even if they did they wouldn’t care. I guess if you’re willing to believe that one of those idiotic hats does not make you look like a complete tool, every other self-deception just sticks to the snowball. 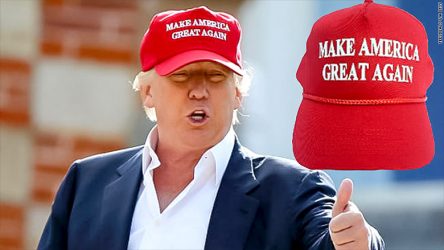 Within days of the executive branch becoming the live-action sequel to Head Office that nobody asked for, all of this stuff became rote, almost expected. I guess the degree of artifice took a bit of getting used to. Like, can’t he just pay that useless woman enough to pretend to like him when they are going to be photographed? But by and large all of the stuff I’ve read from the Wolff book sounds like par for the course to me.

There was a fake tweet that douche bag professional provocateur Gavin McInnes fell for earlier today about White House staff making gorilla fight compilation DVDs, but if the full version of Wolff’s book recounts Bannon and Trump literally measuring each others dicks or prank calling a Chinese diplomat and using outrageously over-the-top Charlie Chan movie accents to order moo goo gai pan, pretty much everyone I know would take it as fact, no questions asked.

The stuff in Wolff’s book also moves the collective conscious ever so closer to believing that the pee tape exists, by the way. I certainly think it’s true. Specifically, I believe the version of the story wherein he watches at least two prostitutes urinate on a bed that Obama and his wife slept in, not that he engaged in any water sports himself. Certainly not because he has too much dignity – would that he did! – and not even because he wouldn’t have the guts to veer from a very staid, conventional definition of sexuality (with prostitutes). Rather, I believe it because its such a petty, meaninglessly vindictive thing to do, and a preposterous waste of money to boot.

His seething, crybaby schoolgirl jealousy of Obama is apparently one of his only motivating factors, or acts as same to the people who tell him what to do. Nothing else explains ghoulish stuff like reversing the ban on imported elephant tusks or drilling the Arctic Ocean, stuff that most everyone agrees is cruel and stupid, respectively. Maybe Obama could do us all a solid and hold a press conference where he came out in favor of kicking kids off of Medicaid and wearing cheap-ass suits that don’t fit, thus employing the sort of 80s sitcom reverse psychology that the presidents intellect would be powerless to compete with. 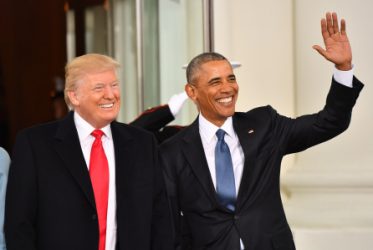 The waste of money is, of course, an essential component of the Trump brand, because he is a terrible businessman. Most thinking people know this, of course, but sometimes I do wonder just how stupid you have to be to fuck everything up with a $14 million dollar head start. How does one fail at selling booze, steak, and gambling to Americans? And this is coming from someone who writes a gambling column! I’d mention sex as well but knowing this goon he’d blow the sale by promising that the girl can urinate on anything, shes an excellent urinator, just the best in that detestable voice and creeping the guy out, like in that Patrick Stewart SNL sketch. HEY LOOK, FOOTBALL!

Tennessee at Kansas City UNDER 44.5

Sometimes, the past predicts the future. In this instance, both of these teams have scored points all season due to their very respectable backfields. Derrick Henry and DeMarco Murray anchor the Titans, while Kareem Hunt and Tyreek Hill have combined to form the nucleus of the K.C. offense. However, Hill is listed as expected to play Saturday against the Titans despite dealing with a personal issue. This presumably references the death of his grandfather, which kept him out of last Sundays game against the Broncos. No snark here; most of us live to see our grandparents die and it sucks.

That said, this is a financial calculation. If both teams are going to rely on the run, the clock will tick as they do so. Add to that the fact that the Chiefs don’t tend to score a lot of points at Arrowhead anyway, as they’ve hit the under in 17 of their last 24 home games, and Tennessee has averaged 21 points per game this season.

Not to get too degenerate/square on you, but a 43.5 over is considered an unofficial line of demarcation of sorts, as 43 is the average score of the modern game, as 57 games, or 2.14% of the 2,668 games played from 2002-2011, have resulted in a 23-20 final score. I certainly wouldn’t throw down the paycheck on this one, and the current 8.5 point line scares me, but if you need a reason to watch, take the under.

Forget last week. The Rams basically sat all of their starters so of course they got hooked by the 49ers. The important number is the 11-4 that preceded that game. The Rams are a machine, and fun to watch too, leading the league in points scored. I know I cursed Jared Goff after the penultimate week of the season, but for the sake of this argument, they did beat the Titans, they just didn’t cover.

Football Outsiders notes that from a statistical perspective, the Rams are an enormous favorite, outranking Atlanta in DVOA in eight different games that top Atlanta’s high of 38.8%, which happened way back in week 10. They point out how the Falcons need to run, and that’s the better option than trying the leagues 12th ranked pass defense, as bad as that sounds. It appears that an Atlanta upset is the sexy pick all over the internet, but that relies upon Devonta Freeman and Tevin Coleman both coming up big while Matt Ryan and Julio Jones also find the mythical Fountain Of Slightly Less Old and play like they did last postseason. Well up until that happened, anyway.

Personally speaking, I’ll take the numbers over playoff experience. Cat Power, Kanye West, and Raven-Symone were all born in Atlanta and are plenty experienced. And they all suck. Lay the Rams.

OK Buffalo, you have my respect. The freak show parking lot antics of the ahem… Bills Mafia have scared me away from going to your stadium forever, but credit where credit is due. Raising over $300,000 in $17 increments in a sarcastic effort to thank Andy Dalton after the Bengals win over the Ravens last week was absolutely hilarious, and kudos to Dalton for rolling with it too.

Unfortunately, I think this is where the party ends, at least for this year. Buffalo is still the 26th ranked defense in the league, and they fared terribly against other teams in the conference. Worse yet, the real core of their offense, LeSean McCoy, is considered a game time decision. Leonard Fournette, conversely, is healthy, and the Bills are especially bad at stopping the run. I’ll grant you that Bork Barrels has a history of shooting himself in the foot, but something happened this season that led him to turn the page (and yes, I’ve read the same thing you have, and no, I don’t want to discuss it, glass houses and all that) and he ended the season with a respectable 21/13 split.

By the way, this beer is a spit in the eye of all that is good and pure in this world. Cover the nine and then you can go directly to hell, you animals. Directly to hell. Act like you’ve been there before, for Christs sake.

An odd thing about the Panthers run this year is that Cam Newton, the face of the franchise and the model of what an NFL quarterback will probably be for the next five to ten years, has just been off. Statistically, he’s worse than many of the punchline starters and guys on the phone to their moving companies this week, having gone 291 of 492 for a 59.1 completion rate, amassing a 22/16 TD/INT split, and averaging a dreadful QBR of just 49.6. Cam Newton! 49.6!

The other thing I can’t get over is the fact that we just saw this game a month ago. Same teams, same injuries (more or less) and same stadium, one of the few that seems to actually make a difference, by the way, and the Saints beat the Panthers by 10 on December 3. They beat them by 21 in week three.

The Saints are a better team straight up, but that is only magnified by the IR, where the Panthers will have to sit Curtis Samuel, Damiere Byrd, Charles Johnson, and Devin Funchess, forcing Newton to throw at randos off of the street. High rollers are banking their stacks on either Richard Petty or Petey Pablo, but I love Skeet Ulrich as the underdog.

Skeet Ulrich sucks as a punchline, but I figured Jodeci was too obscure, Ric Flair was too obvious, and Tammy Faye Messner nee Bakker was too dated. Step your celebrity game up, Charlotte! And sorry but were laying the Saints.

Playoff football at long last! I didn’t even get into all the Pats gossip, or the ludicrousness of paying Jon Gruden $100 million dollars over the course of 10 years. Then again, if that contract holds he’ll have to move to Vegas, at which point he just might wind up across a table from certain members of the Ruthless editorial office. See now, this guy’s a mark. That’s my kinda guy! Maybe I could get a raise! Or at least a key to this illustrious break room I’ve heard so much about. A boy can dream…