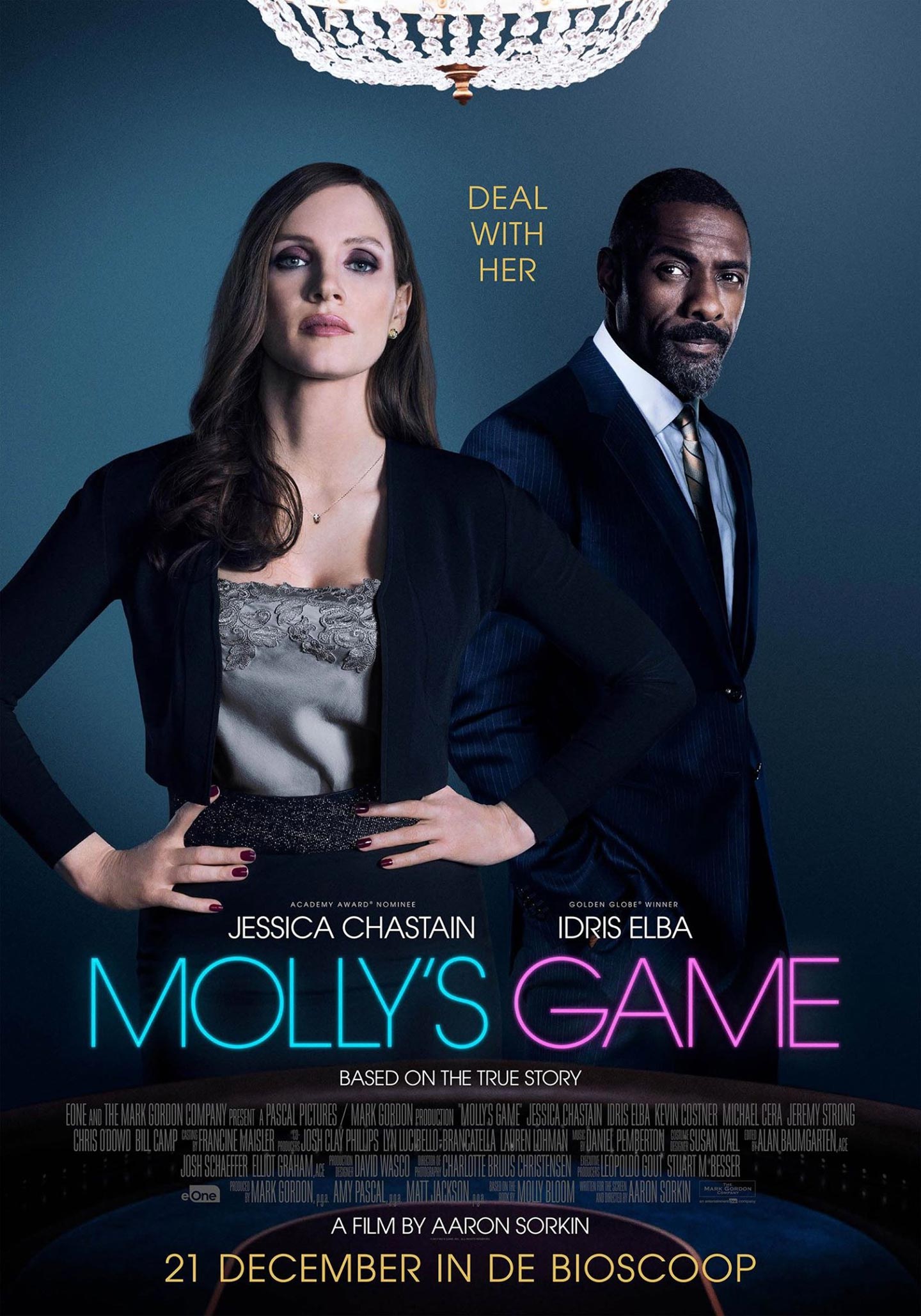 Molly’s Game is a movie based on the story of Molly Blum, a mother figure who ran high-stakes poker games.

Molly Blum was not the wife of the fictional Leopold Blum in the unreadable book Ulysses, but a real-life Olympic skier. She was also a daddy-baiting, Freud-hating, and impossibly gorgeous savant with a strange, situational ethics moral compass. Instead of pursuing a career in law or another high-paying discipline, she decided to stick it to Daddy by running exclusive high-rolling poker games in Los Angeles and New York. Her genius and charm attracted billionaires to her irresistible games, but also attracted the IRS and the FBI. Worst of all, the money attracted the men who inevitably fell in love with her, and mob thugs who fell in love with her money. 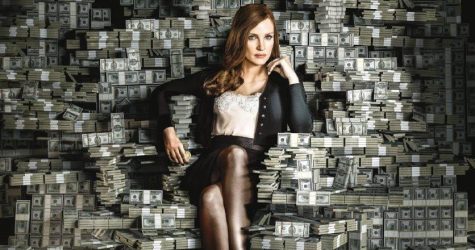 Molly was smart, very smart and though she started out in Los Angeles as a mere cocktail waitress, she soon set her sights on much more lofty goals. She was also the gopher assistant for the world’s biggest asshole and worst Real Estate developer. Molly orchestrated the weekly poker games for Keith Dean, who didn’t know the difference between a bed sheet and a spreadsheet. Molly absorbed all things poker and realized that with her brains and charm, she could be doing a lot better than keeping books and buying bagels for her dip-shit employer.

Molly’s Game was based on a true story and both written and directed by the great Aaron Sorkin. Sorkin did the screenplays on A Few Good Men, The Social Network, Steve Jobs and a well known TV series. This was Sorkin’s directorial debut and the results were good, but not great. The acting from the leads (Chastain and Erba) was top notch and this movie was filled to the brim with great dialogue. The supporting actors (especially Player X played by Michael Cera) were quite good, but it just didn’t seem that they were ever properly developed.

Molly’s Game was a good movie, but there were flaws. The movie jumped around in Molly’s life to the point of being somewhat confusing. It was difficult to maintain a point of reference as to the passage of time in the key events as the flashbacks and flash forwards hindered the continuity of the movie. Also, Molly’s character was difficult to warm up to or really care about. We had a rich and beautiful white woman who made her living by running illegal high-stakes poker games that entertained super-rich and mostly very ruthless men. Molly insisted that poker was not a game of chance, but a game of skill. The FBI disagreed. 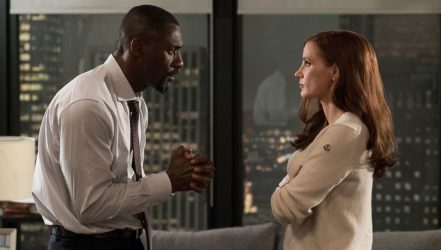 As a poker player myself, I was quite disappointed in how the actual game scenes were handled. I think that Sorkin should have concentrated more on the play of the cards, so that even a novice player or kibitzer would have been able to grasp what was going on. Instead, the emotional wreckage after the hands was highlighted, without the viewer really knowing what happened at the table. It would have been nice to see the progression from hand-flop-turn and river, but it was not to be. We did get several shots of Jessica Chastain’s ample breasts as consolation.

I have to mention what I thought were the most annoying and contrived aspects of the movie, which were the scenes involving Molly’s father, played by Kevin Costner. The chance meeting at the ice rink and the emotional aftermath almost made me laugh because it was so forced and hokey. Costner appeared to be shoe-horned into every scene and it just did not work. 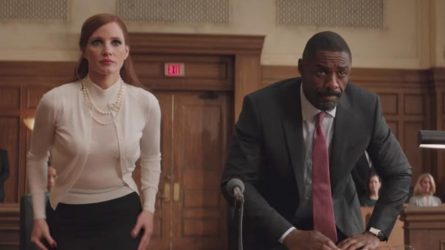 What did work in Molly’s Game was the great interaction between Molly and her reluctant attorney Charlie Jaffey. Molly was also as compassionate to her game guests as she was cold and calculating to the world at large. She would stand fast in her philosophy to “never tell all”, even at the total risk of her own freedom.

The great writing skills of Sorkin shined in this film. The run-time was a hefty two hours and twenty minutes and there was no shortage of word exchanges in this movie. Even with the flaws or disappointments that I mentioned, Molly’s Game was a better than average watch and I look forward to more films directed and written by Sorkin.