Home / Featured Posts / NFL Championship Weekend: What Can Cheeto Do Next Edition

NFL Championship Weekend: What Can Cheeto Do Next Edition

Who is Stormy Daniels?

Note that this is a genuine question, the answer to which will affect my judgment to some degree. So I don’t mean it in a pseudo-philosophical way, like some idiotic Nancy Grace talking head. Nor am I taking the tact of a therapist, like when they say no, really, who is J.J. Duquesne? Of course, your therapist probably doesn’t call you J.J. Duquesne, unless your name is also J.J..Duquesne, in which case (a) please don’t steal my identity and (b) I apologize if you were on the hook to those 11-records-for-a-penny people from roughly 1983 through 1995.

I’m also not playing the prude. I’ve seen plenty of pornography. My dad lived way the hell out in the sticks when I was a kid, so he bought a satellite dish that was roughly the size of a Peterbilt 389 and sunk it into the yard of a house that he rented (yes really) when I was about seven. For the next few years, after learning to find telesat signals in the days before scrambling, I got to watch the greatest pro wrestling in the whole world, from Alabama all the way to Florida. Then I turned 11 or so, found American EXXXtasy, and ripped off the knob. Its a miracle I can still see. 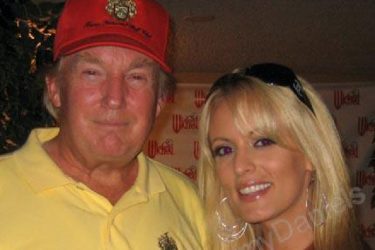 Quite frankly I ask about the identity and professional acumen of Ms. Daniels because if Stormy Daniels is a big name, its one more loss for The Resistance. I saw so many insufferable neo-liberal clown-act types trying to zing President Pizzaaaas that I was waiting on Jay Mohr to tell them that they were no Ralphie May, regardless of his recent death. I gave up on the Death By 1000 Arrows thing a while ago and you’d think that a bunch of con artists like Nancy Pelosi and Chuck Schumer would see through it too, but now as always, their genius continues to confound.

Duplicity aside, they and their resistance are and always have been the chattering classes, moneyed people who are ostensibly educated, yet they never learn the lesson of Alex P. Keaton wherein, as the story is told, a bunch of navel-gazing hippie turned yuppie T.V. executives figured that audiences would sympathize with aging flower children whose son turned into a Republican. And, of course, with the bulk of the country in the throes of stupid, blinding greed and a lust for Ronald Reagan threatening to reach biblical degrees of intensity, they all loved the kid and hated the parents.

You’re not gonna turn the coal states against Trump by calling attention to him having sex with Stormy Daniels. They want him to eat big macs. They want him to have affairs with famous porn stars. If he came out and said hell yes I did that shit, except the singing about pizza part because Jesus Christ I’m such a fucking cornball no wait I meant no I’m not his numbers would rival those he will hit during Free Gun February (just you wait!). You may as well say he can dunk from the foul line while inventing the hamburger. HEY LOOK FOOTBALL! 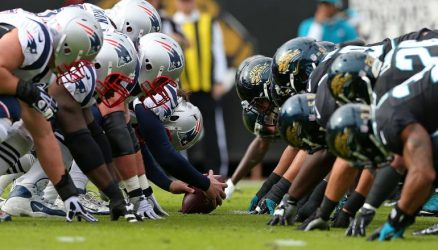 So you know how professional football joke-makers like me have to do research, only to have some clown at BengalzBarBoyz dot suck throw two balls with Jags and Pats written on them at his dog, and lo and behold, his dog is right about half of the time? I use pro-football-reference.com most often, enough that I usually have at least one window open to the site whenever I am online. Though it must be said that, to their credit, the league itself has done a good job of cataloging and updating stats on their own sites if you’re looking for more general stuff like unit rankings by team, or for some Godforsaken reason useless crap like this.

The other day, however, I was at a friends house and I needed to borrow her laptop. Eh, I pride myself on honesty here. So truth be told I was in a coworkers office, drinking beer for no particular reason other than we were bored, at 4:45 p.m. on a workday. I borrowed her laptop for the purposes of Googling the rosters of the Jags, Pats, Vikings and Eagles. Continuing with the extreme honesty, the idea was to shoehorn in a Simpsons steamed hams joke.

So imagine my surprise then when I googled the Jaguars roster and saw that they use Dante Fowler Jr.s mugshot as his photo. He didn’t even do anything that bad, relatively speaking! Sure, even if it reads funny its not cool to slap someones glasses off and throw groceries into a lake – especially because there was a bottle of liquor in the bag, apparently – but hes not Greg Hardy. Hell, eight sacks and two forced fumbles isn’t bad for an outside LB off of the bench.

The line dipped because there are rumors about Tom Bradys throwing hand but I don’t believe a word that comes out of any New Englander’s mouth about that team, especially official communications. Tom Brady was listed on the teams injury report as probable, as opposed to simply active on their roster, for three straight years at one point.

Seven, seven point five, I’d give ten if I had to. Another Patriots Super Bowl is as inevitable as another U2 album at this point, and about as eagerly anticipated. Hold your nose and lay the favorite.

Minnesota at Philadelphia OVER 38.5

The Eagles should be a good story. But you people make it so fucking hard. Every culturally literate American has seen Blazing Saddles, but that didn’t actually happen, you fucking jughead. For fucks sake that was Alex Karras. While were at it, he and his newlywed socialite wife didn’t reluctantly take in a precocious Godson who was actually 17 years old either, just so were clear.

I’m taking the over because this is America. As such, I have to watch, but I hate the three-point line, which seems to be the sweet spot to me. 38.5, however, is a very low O/U number for any professional football game not being played in a blizzard and/or monsoon. The Eagles were third in the league in points scored, while the Vikings were tenth. I know they are ranked fourth and third in points against (third and sixth in total defense) but in 32 regular-season games, they both scored over 20 points all but seven times.

Obviously the QBs are another catalyst for the low total but Case Keenum has been proving idiots like me wrong all year and Foles picked up right where he left off in Philly. In 2014. When they were third in points scored. And averaged 30 points a game. Sure, there is a void left in the Vikings backfield with the loss of Dalvin Cook and Bishop Sankey, but that may well be filled by C.J. so, simian, you’re a strange guy but I must say you steamed Ham (nailed it!) and will only be necessary if Keenum stops completing 68% of his passes and amassing 350-400 yards of total offense.

The stats say this one will be a lot sexier than it looks at first glance, and 38.5 is low enough to take the chance. But if those numbers aren’t enough to convince you, then by all means, listen to a dogs prediction, what do I care? 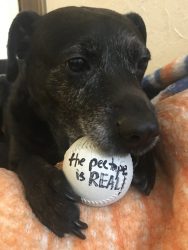