Home / Featured Posts / Is there a gap in the market for a casino-based MMORPG?

Is there a gap in the market for a casino-based MMORPG?

The gaming world has expanded into almost every niche fathomable, with the recent rise in virtual reality and augmented reality games being an example of this. But, there is a realm in which gaming could combine with another globally popular past time to expand its reach even further.
Casinos have long been a staple of society, with people flocking to the classy and less-dignified buildings hosting classic casinos games for them to test their luck and skill on. With the rise of the internet, casinos evolved as well, stretching into the online world with casino gaming websites, and have even made progress in the world of virtual reality. So, is there a gap in the market for a casino-based MMORPG? 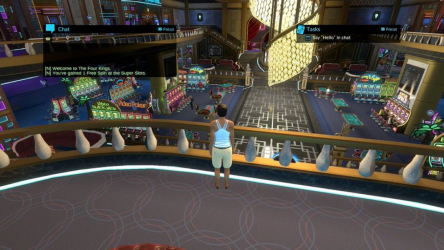 Theres already a rather popular casino-based online game on the Steam Store, The Four Kings Casino and Slots. With over 2800 reviews and an average user rating of 69 percent, its clear that people are not only playing the game but are also enjoying it. In the game, you play with free money on classic casino games in an online casino where you play to rise up leaderboards as well as earn new customisable items for your avatar.

Then, of course, you also have online casinos which host hundreds upon hundreds of games. They have successfully created flash games and live games which enable players to play classic casino games like blackjack, roulette, and slot machines from their computers. With a massively multiplayer game already running online, as well as casino games having an online platform, it shouldnt be too much of a step to combine the two, add in some role-playing elements, and have a casino-based MMORPG. 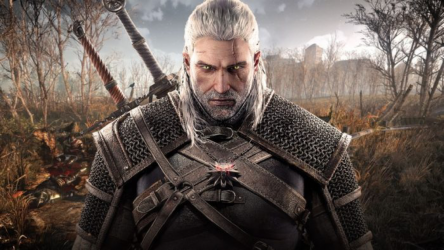 Many of the greatest video games of recent times have featured a mini-game within the world in which gambling and playing adaptations of casino games is playable. You find light versions of gambling in the PlayStation epic Horizon Zero Dawn with the Gamblers Boxes, all the way to playing poker in Red Dead Redemption, Watch Dogs and Fallout: New Vegas, as well as the many gambling games in The Witcher series. In fact, in 2011, the MMORPG gambling game Dragons Tale launched, in which you could wager your Bitcoins in a number of different games, often requiring both skill and luck.

Its well-known that people enjoy these gambling mini-games, and based on the player-base and feedback on The Four Kings Casino and Slots, theres definitely an audience for massive multiplayer gambling games. All forms of gaming in the industry are trying to incorporate social aspects and multiplayer aspects into their games as it appears to be how a lot of the player base is headed, so casino gaming could certainly expand into the area further.

How to make a casino-based MMORP

The Four Kings Casino and Slots has shown that making a massively multiplayer online casino-based game is possible and enjoyable for fans. The real question is: how do you add in the role play part of MMORPG?

A focal point of many role-playing games is that the player takes on the role of an imaginary character to embark on adventures, often in a fantasy setting. So setting the casino in a fantasy world with adventures such as beating an AI character at the blackjack table could be a way to go.

An important aspect that could be easily incorporated would be the ability to select a class of character as well as the customisation of that character. This could be done by having six or more different classes, be they fantasy creatures or people with different skill sets, and then the chance to win or earn equipment that slightly betters that characters chances of either winning more on a casino game (perhaps a 0.2% win increase when betting on a winning black number at the roulette table) or even bonuses such as getting a free bet on the roulette table if they havent won on four consecutive spins.

Theres most certainly a market for a casino-based MMORPG, with people in all forms of gaming enjoying the gambling aspects of games as well as the social and role-playing elements that they entail. In fact, its hard to imagine a virtual reality casino-based MMORPG not becoming incredibly popular.