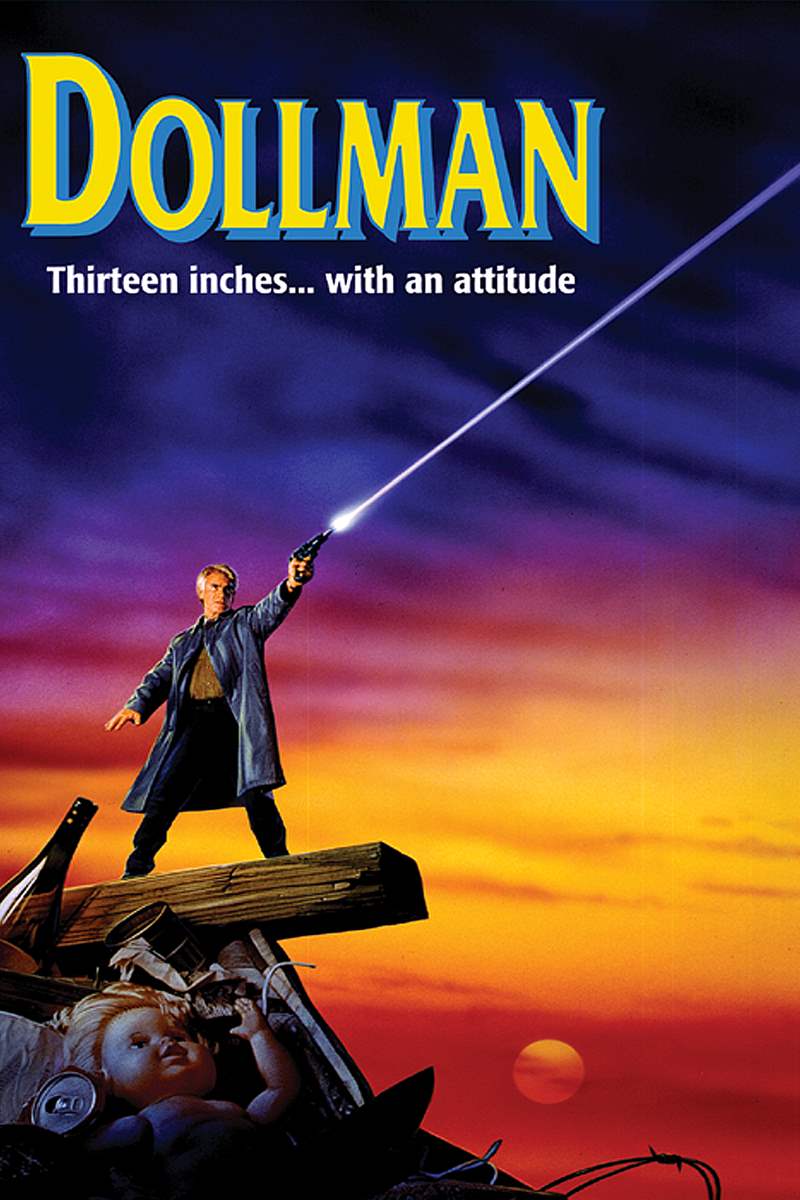 He’s only got 12 inches on Earth, but he knows how to use them.

I’ve been meaning to review this movie forever. Dollman was released in 1991, but if any movie begs to be reviewed in the 80’s action format, it is the totally ruthless and bad-assed Tim Thomerson as Brick Bardo in Dollman. I have this movie on Amazon and even have a VHS tape copy of this masterpiece. Hell, Yes!

In order to understand the review, a bit of back story is necessary. Brick Bardo was a renegade cop, Dirty Harry style, and was made into a scapegoat by the corrupt mayor after he resolved a hostage situation at a Laundromat. It must be noted that this futuristic movie originates not on Earth, but on Arturos, a similar planet in another galaxy, only smaller. More on this later.

Not only was Brick unpopular with his own police force and politicians, he was also feared and loathed by local thugs and criminals. Brick routinely killed and maimed these creeps with his Groger Blaster, which was the most powerful handgun in the universe. Sprug was a thug that was a recipient of the Blaster and Brick had blown him up so violently that nothing was salvaged but his head, which resided on the top of a futuristic medical space disk. (See picture below). 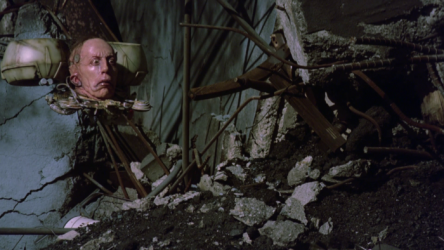 In a showdown with Sprug and his henchmen, Brick turned the tables on the gang as Sprug made his escape in his spaceship with Brick in hot pursuit. Sprug had a molecular bomb that was capable of blowing up the planet Arturos. Both of their ships hit a space warp and they landed..where else, but Earth! The only problem was that on Earth Arturians were only about 12 inches tall!

The balance of the movie took place on Earth, the South Bronx specifically. This area unfortunately contained Earth style gang-bangers and thugs, not unlike those on Arturos. Sprug immediately recruited some of these low-lifes and Brick, even with his diminished size, was determined to do on Earth as he did on Arturos. Blow the bad guys into tiny little chunks. Even a tiny Groger Blaster packed quite a punch. 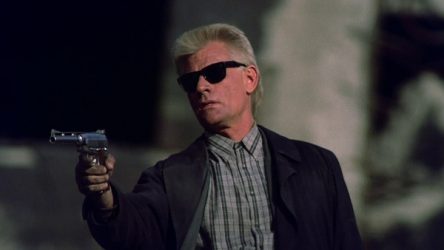 Twelve inches of Man, Bad, and Dangerous to Know. 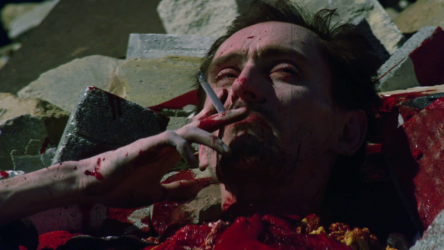 I counted at least 23 deaths, most of them at the hands of the Groger Blaster. The quantity is not high, but considering the quality of most of the deaths, the corpse count was more than sufficient.

The squishing of Sprug was unexpected, unnecessary and surprisingly disturbing.

Look, lets be honest. The story was ludicrous, the script was weak, and some of the special effects were laughable and cheesy. So, what’s there not to love? For an 80’s Action guilty pleasure and unique story, Dollman was hard to beat. In spite of being low-budget, the setting was stark and gritty and a lot of the violence was cringe-worthy, especially that meted out by super-villian Jackie Earle Haley as Braxton Red. The demise of Sprug was both hilarious, quite ruthless and disturbing all at once. Sure, after the confrontation on Earth with the gang members, the plot thins out to almost nothing, and the ending was unfulfilling, but who cares? Groger Blaster, Baby!

Yes. All the Earth cops proved to be worthless in the war against crime, but Captain Shuller was particularly useless in his meeting with the local Neighborhood Watch. 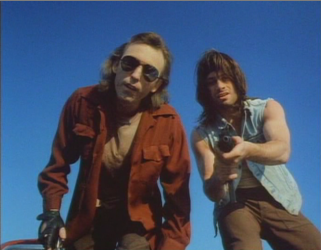 Not too much other than the usual cops don’t care, and the bad guys control the unsavory neighborhoods.

Yes! However, the Dimensional Fusion Bomb was a total dud, doing almost nothing.

If you have a head on a magical medical platter that can instantly cure military-grade ordinance wounds, it might be best to keep him intact, instead of squishing him like an overripe grape.