Home / Featured Posts / America: The Greatest Country on Earth-Yes or No?

America: The Greatest Country on Earth-Yes or No? 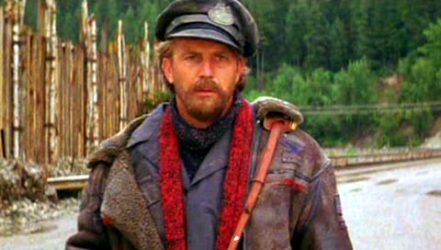 We, at Ruthless, love to get mail from our readers. Since we have many international readers, we often get mail that is not exactly flattering to the old Red, White and Blue. We get it. One of our readers from Germany stated flatly that the USA is not the best country in the world. How to respond? Well, sometimes there are responses that are better than anything we can come up with.

I’m not German, but I do spend a lot of time there (I’ll be there next week, in fact). I think its safe to say that German culture is pretty rational. If you’re going to succeed, you’ll need to be systematic and provide some hard facts. I’ve brought some together for you.

First, we need to establish what exactly we mean by best, otherwise we don’t know what data to provide. As I see it, our idea as Americans has tended to be that were the richest, most powerful, freest country in the world, the place where its best to live. So lets focus there.

Lets get right to it: were the richest. The United States has the highest GNP at over $20 trillion. China is second. However, that might not be the best to lead with, because its more a question of GDP per capita. Unfortunately, the USA is only 20th by that measure. The top country is Liechtenstein. In fact, even Ireland is higher[1].

Fraid not. In fact, it comes out as 16th, after Argentina. Most of Europe, including the socialist Scandinavian countries provide better environments for making it from nothing[2].

But certainly, its not just that, its also about not being poor. So lets consider the percent of people living in poverty. Unfortunately, the USA comes in at 42nd[3], right below Morocco.

But there’s freedom. The USA is definitely number one in freedom! Except that it isn’t. According to the Cato institute it comes in at 17th, which is all the same one better than Albania[4]. Ah, but there’s the United States vaunted economic freedom. The USA doesn’t regulate companies to death like so many other nations. Well, there is comes in at 11th, tied with Canada, and behind most other English speaking nations (UK, Ireland, New Zealand)[5].

But were healthy! We have access to the worlds best healthcare, right? Actually, the USA lags in just about every health indicator, including life expectancy (45th), where once again, we are just ahead of Albania[6], who we absolutely trounce when it comes to infant mortality although we do only rank 56th[7], well behind pretty much all of Europe (and of course Cuba, which beats the US in most health measures).

But we can of course be proud of our history. The United States made the greatest sacrifice at the beginning of the 20th century and saved the world from tyranny in the second world war. 420,000 Americans gave their lives in that war. Their valor will honestly never be forgotten. It must, however, be put into context the USSR lost between 20 and 27 million people in that war, China lost 15 to 20 million. In fact, among the allied nations, the United States came in 12th in casualties. Both the UK and France lost more people, and of course much higher percentages of their populations[8].

OK, but happiness. Down to earth happiness: where is the best place to live? Turns out its Finland. The United States comes in 18th[9].

There is one measure, though, that the United States definitely leads every single other country by: guns per capita. 1.01 guns per inhabitant. The number two country, Serbia, doesn’t come close, with only 0.58[10]. So, if your German friend is really into guns then that might sway him.

Or, you can perhaps just understand that the United States is a great country for people who like American culture. Some people would only feel comfortable there, nowhere else. Most people who were not raised there, though, would find very few objective measures by which the country is better than theirs, assuming they come from the developed world, therefore by definition it can not be the greatest country by any objective measure.

I would point out that pretty much every one of those measures shows the much derided, socialist Scandinavian countries outperforming the United States. Interestingly, Ireland does as well. So if you happen to be of Irish or Scandinavian descent, maybe you can take solace in that.

So, after about twelve hours up, this has received many comments and views, and a couple of things were pointed out, so I thought I’d add an addendum.

First, thank you to all the people who seem to have appreciated the post. I have in the past received rather scathing comments on a number of posts and support is always appreciated.

For those who stated that I cherry-picked, all I can say is that as a researcher I try very hard not to do that. I was aware of many of these stats before I looked for them, but I tried as hard as possible to find unobjectionable sources (the CIA is in there for many) and I always post the first, best source regardless of whether it is in line with my pre-established ideas. Perhaps the most contentious stat was people below the poverty line because yes, it is relative, but frankly, I’ve traveled to over sixty countries and it is very true that you can live a hell of a lot better on ten dollars a day in Cameroon than in Switzerland, tha’ts why I took that measure. If, though, you want to look at percent of the population living with less than $5.50 a day then the United States still comes out at 20th, behind pretty much all of Western Europe, Australia, etc[11].

A number of people pointed out that I didn’t say anything about safety, and that was an oversight. The United States has a higher incarceration rate than any other country save one, the Seychelles. The USA has 666 people per 100,000 in prison, the next highest country, El Salvador, has only 586[12]. As for the Seychelles, its not really that the country is all that keen on throwing its citizens in prison, its just that its a tiny country with a slew of Somali pirates in jail, since its the closest lawful country to where they tend to be captured, so the USA is pretty much alone in its incredible enthusiasm for jailing its citizens (typically on relatively minor drug charges)[13]. In comparison, France, where I live, has about 100 prisoners per 100,000 in people.

As for those who pointed out that despite all that, its still the greatest country because there aren’t long lines of people trying to get into Germany. well, nope. In fact, there are. Its hard to get immigration figures, but asylum seekers are logged. Germany actually has more people asking for asylum than does the United States, many more, over 722,000 compared to 262,000. In fact, if you adjust for population, the United States comes in at 12th in terms of the most sought-after destination (i.e. asylum seekers per population) after Germany, Austria, Greece, Switzerland, Hungary, Sweden, Italy, France, Australia, the Netherlands, and Turkey, and just in front of Canada[15]. In case youre tempted to say this is because of Trumps restrictions I’m afraid not, these are 2016 data, before he became president.

Lastly, please keep in mind that I’m not saying the USA is a bad place. I love my home country, but this quasi-religious need to consider it superior to everyplace else, even for someone who is not from the States (as implied by the OP) is unique to the United States. Really, I’ve spent my life traveling, I’ve been to well over sixty countries (I kind of lost count) and have worked in many even created companies in at least six or seven – the United States is unique in its citizens having this need to consider the country objectively superior. The only two objective things you can say that make it superior, though, is that it has the largest absolute GDP and the most powerful military. However, I’m sure you wouldn’t say that the most worthy person in school is the strongest and richest of the lot. If you as an individual think its best for you, then great, I have no issue with that at all, but don’t think that its some kind of objective nirvana that every other country should emulate.

The facts aren’t with you.

[10] Estimated number of guns per capita by country – Wikipedia

[12] Ranking: most prisoners per capita by country 2017 | Statistic

[13] The Somali pirates ‘jailed in paradise’

[15] Infographic: The Countries Receiving the Most Asylum Applications