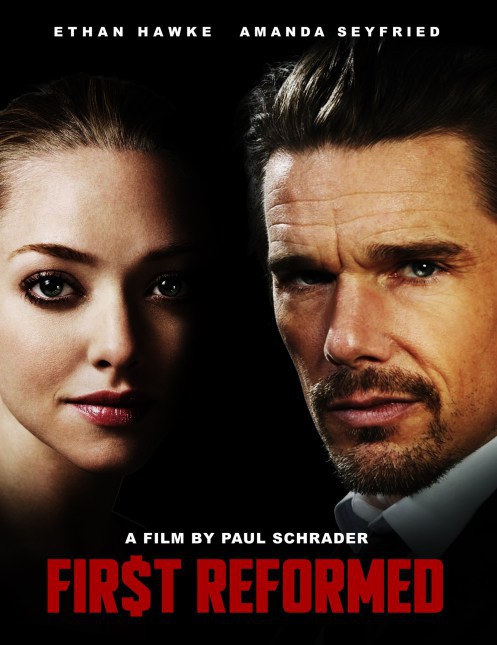 The Pastor of a small, historical church slowly loses his sanity because of past ghosts and current events.

Throughout my long and unspectacular career with Ruthless, I have taken great glee in skewering and ridiculing religious-themed movies. Sometimes because they are so transparent and bad, like in The Case For Christ. Other times because they reveal the utter bankruptcy and cruelty of their associated superstitions (The Breadwinner).

First Reformed is another movie where The Church takes it right in the chops. Nevertheless, I took no glee in watching the self-destruction of Reverend Ernest Toller, played brilliantly by Ethan Hawke. Like Chaplain A.T. Tappman in Catch 22, he was losing his faith and was also drowning in alcohol used to keep his past demons at bay. This was not really a faith-based film, this was a horror movie. 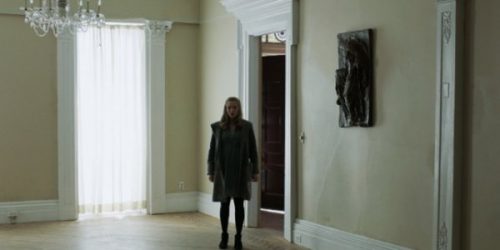 Paul Schrader writes and directs this deeply theological film, bringing to the screen the paradox of hope and despair. Schrader is quite the master. He was the writer with Martin Scorsese on the masterpieces of Taxi Driver and Raging Bull, and the director of American Gigolo. Schrader was undoubtedly influenced by Bresson’s Diary of a Country Priest as he bleakly interjected the horrors of a world threatened by pollution and climate change.

Reverend Toller was a priest of a small, historical church in upstate New York. The church was more of a souvenir shop than a church, with a tiny congregation and was dwarfed by the Mega Church down the road. Right off we know that The Reverend was not all right. He looked ill and was ill, drinking heavily while writing in his journal, whose days were numbered. Toller’s days were also numbered as Ethan Hawke manifested a continuous despair that only deepened during the course of the movie. 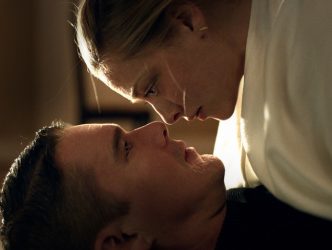 The film was set around the 250th anniversary of First Reformed, a ghost institution that was supported almost totally by the Mega Church and its corporate sponsor, Balq Oil, a horrendous polluter of the Earth. Reverend Toller’s own personal tragedy of losing a son in combat was quickly exacerbated by an unexpected involvement with one of his parishioners and her husband.

To write much more about the plot would reveal major spoilers. Ethan Hawke delivered the performance of his career as the brooding and hopelessly despairing Reverend. There is never an accidental moment of joy or peace in his life. His torturous battle with the past, present and future was agonizing to watch. The movie was a marvel to behold with neither the Mega Church or Big Industry being heavy-handed villains. The real culprit is the Reverend’s own deepening despair and hopelessness.

The ending? Well, you will just have to see it for yourself. Many hated it, but I thought that it was just about perfect for this type of movie. First Reformed is not for everyone, but I thought it was absolutely riveting.