Home / Featured Posts / NFL Preseason: The corn is not even in yet Edition

NFL Preseason: The corn is not even in yet Edition

NFL Preseason: The corn is not even in yet Edition

Ladies and gentlemen, I am emphatically thrilled to inform you that I spy, with my bloodshot eye, American football on my television! My East Coast weather vacillates between sweltering heat and flash floods, body-cammed cops can apparently plant dope on you or shoot flashbangs at your head with impunity, and as of press time a gaggle of presumably unimpaired adults have given $426,141 to a former FBI agent who will make millions for a book he writes in between six-figure speaking gigs, but dammit we got our football back, and in 2018, you split your aces when they’re dealt.

So baby here I am, by the railroad track! If you are new here, my name is J.J. and I do the football picks around here. I am no one of consequence but Plexico thinks I’m handsome and Goat puts up with me accordingly. So if you are in the prized Ruthless demographic of nihilistic wild-eyed radicals that, for whatever reason, come to this world-renowned film criticism cultural essay humor gaming instructional crystal methamphetamine memoir publication for NFL betting tips, I guess its you and me for the next 169 days. Nice.

In all seriousness, we are happy to have you. Forgive the swagger, but I’m like a high school sophomore careening back through the hallways for another year, having lived through my trial by fire. Kevin can’t make me play Human Battleship with tomatoes while wearing a KICK ME sign that Jaimes Palacio taped to my back anymore. Its my turn to shove Andrew Bonazelli into a locker! Bet you wish there was fiat government regulation of peoples lives now, huh pal? 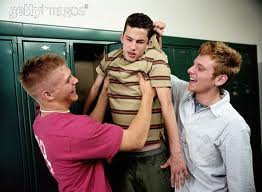 Kidding! Kidding! I’ve been out of the office for six months. Andrew could be a fucking Krav Maga instructor for all I know! Do schools even have lockers anymore? Or books? My understanding of modern high school is predicated entirely on passively-consumed pop culture, so as far as I know every student who doesn’t have cancer is on the brink of joining a gang until some hip teacher shows up and says actually Biggie Smalls was a lot like Dostoevsky and voila an involuntarily-outed kid wins prom king. As an American in 2018, I automatically assume that this assumption is 100% correct and will undertake no further research or inquiry for any reason, ever.

OK fine, I’d be a crummy high school bully. But my mom thinks I make for an entertaining and half-decent gambling columnist, and thats why were here. Now for the disclaimer: I am not an expert. And now for the reality: there ain’t no experts. Ruthless has a pretty astute (and, of course, good-looking) readership and we’ve covered this in great detail before but just in case you are new, there is something of an understanding around here.

Touts are charlatans. Books by authors like Matt Rudnitsky or Bobby Smith may make you sharper but even they will tell you that unless someone is literally on the field during the game, they cannot guarantee you anything about the result of said game. We don’t make guarantees and we don’t apologize. This is supposed to be fun, right? Its the pursuit of money for nothing while watching some of the most amazing athletes on the planet ply their chosen trade in a game that – with some variance as of late – was designed to be as violent as possible. So keep it fun. Don’t bet with your heart, and don’t bet more than you can afford to lose. With that in mind, at long last HEY LOOK FOOTBALL!

Yeah yeah, sort of, I know. It is of course preseason football, which is like having sex with a drag queen who just impersonates Scarlett Johansson, or listening to a leaked promo copy rip of an unreleased album. Not that I’d know anything about that, of course. I would never do anything to defraud the always honorable and forthright music industry. Regardless, it is still live football, an aperitif of sorts useful for paring down rosters and answering our questions about the forthcoming season. Its just that the questions posed in the first half (Can Sam Darnold protect possession behind a veteran offensive line? Will the addition of Saquon Barkley return Eli Manning to respectability?) are way more important than those raised in the second (Why is Mike Glennon still employed? Did my kids gym teacher just return a punt for the Dolphins?).

This is ostensibly a gambling column but obviously you probably shouldn’t bet any real money on an exhibition game wherein the participants are not necessarily trying to win. We don’t do preseason picks for that reason, and because the numbers are always narrow in terms of spread and low as over/under totals go. As I type this, the winless-in-2017 Cleveland Browns are but two-point dogs in this Fridays game against the world champion Philadelphia Eagles.

Now I know that Cleveland is making waves with Hard Knocks, to say nothing of the forthcoming air assault they seem to be banking on. They have the one-two, all-surname punch of Tyrod Taylor and Baker Mayfield, along with Brogan Roback, a guy with a name seemingly culled from a daydreaming fourth-graders essay about a frat-pledging superhero, and lets not forget Drew the reason Mike Glennon is still employed Stanton. But that line is still ridiculous, and it reflects the fact that nobody, not even the all-knowing books, has the vaguest idea about how the game will actually play out.

Having said all that, I am 2-1 overall thus far this season, because hey, there’s football on dammit! I get it. I have won and lost very small amounts of money on the Packers and Jets so far. I took Green Bay straight up when they hung 51 on Pittsburgh simply because I was home and it was on. I split the first two Jets games because, as many of you know by now, the Jets are mandatory viewing when you live with my lovely bride, along with something called Sharp Objects, and anything ever produced involving the mysterious disappearance of a woman in small-town America. That the endings are ludicrously predictable (fourth quarter turnover, Patricia Clarkson is a bitch, it was some drifter weirdo) is of no import. Shes such a loyal masochist that she still defends Mark Sanchez and it is entirely possible that she is planning on kidnapping a woman in small-town America. But honestly, modern dating appears to be an automated horror show and require a mastery of something called swiping so what am I gonna do, right?

Anyway, if you must gamble on preseason football, there are a few ways that in theory can help with the edge. Study the prior preseason records of the coaches, as opposed to the teams, involved in the game. With a decent sample size, those records indicate which veteran coaches go balls-out right at the start of the preseason and those that casually ramp things up as the season draws closer. Bill Belichick, for instance, tends to go hard right at the first whistle and has won his first two this year as well, as has John Harbaugh. Adam Gase seems to be more of a slow starter and, perhaps because he was a player himself, Jason Garrett may as well have his staff broadcast Guiding Light on the JerryTron for as little as he cares about what happens on the field in August. 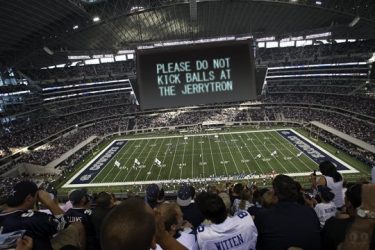 There is also something to be said for paying attention to daily pressers, injury reports, and team-specific blogs. Position battles are particularly relevant here. For instance, the Cardinals are about to play the Cowboys, in Dallas, on August 26. Arizona’s projected starter is Sam Bradford, now entering his ninth year on his fourth team, having generally been thought of as injury-prone based on nine different maladies that have sidelined him at some point or another, and four of which ended his season when they happened. Sitting right next to Bradford is Josh Rosen. Rosen, who looks sexy in a ball cap and whose intelligence is a threat to the desperate cadre of hangers-on that populate the scouting world, knows damn well that Bradford’s grip on the starting spot is tenuous. The QB on the other side of the field will be Rayne Dakota Prescott, a third-year pro who is theoretically being challenged by Cooper Rush, Mike White, Dalton Sturm, and T.D. Colt Firebomb-Shotgun, only one of whom I just now made up. Given what we already know about how much Jason Garrett cares about exhibition games, who do you think might give more effort during their time on the field?

Again, I get it. The temptation is there. Just keep your stakes really small until the real games start, and use these games as a learning opportunity. Believe me, I am exactly the sort who will pull up lines for meaningless games out of boredom, the only exceptions being the Pro Bowl and the Hall of Fame game, the latter of which carries all of the problematic indifference discussed supra, coupled with all of the stubbornness one would expect out of men dragged to Canton, Ohio (pop. 73,000) to play on an unsafe glorified high school field for a bunch of oddball obsessives that came to town to see something else.

Speaking of the Hall of Fame, I’m sure that you were just as thrilled as I was to see the same finger wagging, thinly-veiled bigotry, and insufferable sanctimony regurgitated by hacks as a reunion tour of sorts when Terrell Owens stiff-armed the same clowns that chided him his whole career in favor of celebrating his induction on his own terms. It was like some weird swirl of homoeroticism, racism and envy, to borrow a phrase. Used by this website. When the same clowns said the same things about Owens. Exactly eight fucking years ago.

But lets stay focused on the positive. Welcome back! In the weeks to come we can run through the new helmet rule, get further into this seasons quarterback-a-go-go, and meet the new faces in hell. Until we have real games, we will look at props and futures, some of which actually look kind of sexy.

And yes, we will soon discuss the fucking president. I just wanted to write one column for all of the lovely people who sent lovely messages asking if I could just write one column without making fun of [man who is still president, somehow]. I assume that online discourse has in all likelihood become much more civil and decent in the six months since I’ve been gone. I mean, I hope so anyway