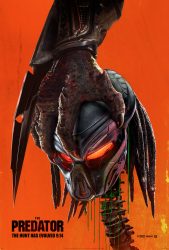 You don’t have to know me well at all to know that Predator is my favorite movie of all-time. People text me when it’s on TV. People send me pictures of kids dressed up as Predator. People send me posts of guys riding motorcycles with Predator helmets. Predator is sort of my thing, you see.

So you can imagine how excited I was when I learned a while back that Shane Black, who we all know appeared in the original Predator, announced that he would write and direct a new Predator movie! My heart rejoiced! What better person to take on this task! 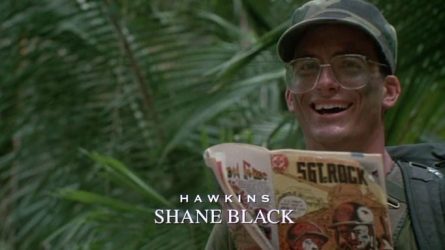 Shane Black as “Hawkins, King of the Doofs”

Ahhhh, Hawkins! You beautiful doofus! He wrote Lethal Weapon, in case you didn’t know! And Kiss Kiss, Bang Bang! And The Nice Guys, too! Good, enjoyable movies! Of course this new Predator was going to be good, right? 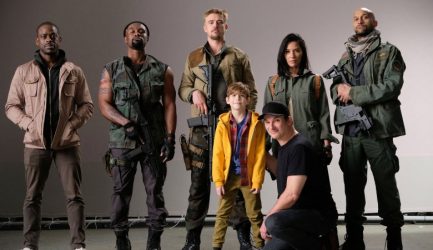 Look how excited everyone is!

OK so let me just get this over with. The Predator is not a good movie. It pains me a little to say that, but good grief, this movie is a turd. Before I went to see it, I’d heard some rumblings that perhaps it was good, but not great. Don’t go in with high expectations, they said. When I asked one friend if it was a good movie, he said, “Not if you’re expecting a Predator movie.” What the hell was that supposed to mean! 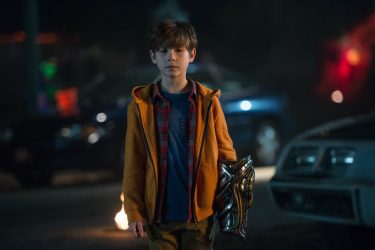 I’ve got a bad feeling about this, kid

I don’t even know what to say about it. I don’t even want to talk about it. I’m that bummed! The cast? Sure, OK, the cast is fine. You’ve got Boyd Holbrook as the lead tough guy, Quinn; Trevante Rhodes (who is very good!) as Quinn’s right-hand man; Sterling K. Brown as a gum-chomping villain; Olivia Munn as a biologist who is an expert on aliens, I guess; and Jacob Tremblay as Quinn’s adorable son who gets himself into a bit of a jam with various creatures from outer space. Oh, and Gary Busey’s son, Jake, has a cameo playing the son of Gary Busey’s character from Predator 2, Keyes. Other very fine actors are in it, too!

Here’s what’s not so fine: the plot. About halfway through the movie, and after many long sighs on my part, something occurred to me. One of the things that I liked best about the original 1987 Predator was its simplicity. It’s about some dudes fighting a space monster in the jungle. That’s it! Shane Black’s Predator, however, is…a lot. We’ve got Predators, we’ve got Super Predators (even more super than the Super Predators in the 2010 movie Predators), we have Predator Dogs (again, as we did in Predators), we’ve got secret military bases, we’ve got labs and lab nerds, we have endless alien technology, etc., etc. The original Predator had some space lasers, a big-ass bomb, and advanced Boy Scout survival techniques. And it all worked! And it was good.

The Predator is not good! Sorry! 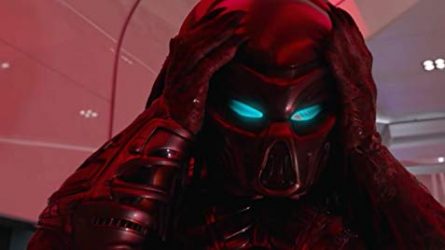 The Predator also can’t believe how lousy this movie is

I hate to be so negative. I really, really wanted to like this movie. I was so excited. Predator is my boyfriend, after all! It’s just not good, you guys. And here’s something else: you know how directors and writers love to throw the hint of a sequel in at the end of a movie? And sometimes, you think, “Oh baby, I can’t wait for the next part!” There is a moment like that at the end of The Predator, and I thought, “Oh no, please don’t do another part.” 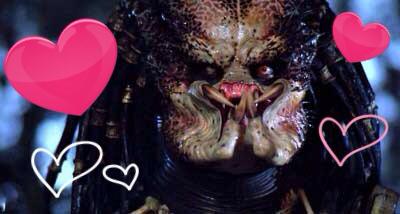