Home / Featured Posts / NFL Week 10: Halloween Is Not Quite Over Yet Edition

NFL Week 10: Halloween Is Not Quite Over Yet Edition

Ready to talk some NFL football? Great! Me too. Here goes:

FUCK Tucker Carlson. My God, the Fainting Couch Repairman’s Union are probably calling guys who haven’t worked in years. It wasn’t just the usual charlatans, either. One expects the generally-worthless corporate media to react like the sheltered, rich cowards they are, and of course the Fox crowd are going to allege that George Soros somehow paid ISIS via Iranian Bitcoin to ride fixies through Loudoun County and Falls Church. Even Steven Colbert, who used to drink at my old neighborhood bar (RIP Circus), and who I think deep down knows better, got in on the act, and W. Kamau Bell argued the de rigueur fallacy that equates anti-fascist protesters to fascist activists.

Hard fucking pass, fellas. Its bad enough that every major media outlet is trying to portray a game of ding dong dash and a dozen people, two of whom needed to use canes to walk there, yelling on a sidewalk as a true-to-life Grand Theft Auto: D.C. Suburbs. The whole thing lasted 10 minutes. One rebellious genius spray-painted a circle-A on his driveway as they were leaving. Oooooooh, terrifying. 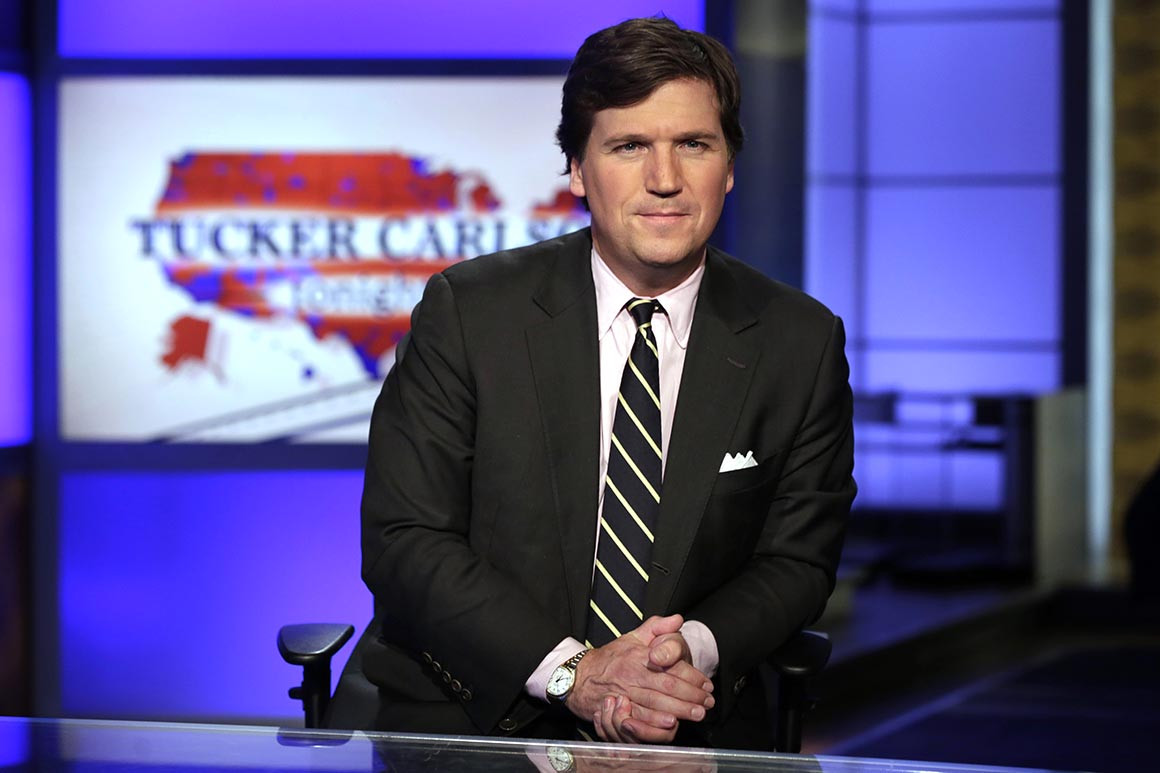 Were supposed to feel bad because Tucker Carlson’s wife locked herself in a pantry? Shes Tucker Carlson’s wife! I’m sure she does that every time he gives her a come hither look, or when someone with a loud car stereo drives by. Just bitch about it on Nextdoor like every other country club wife, lady. None of his children (ages 15-23) were home either, and thus spared the life-altering trauma of people yelling on a sidewalk for less time than it takes to get to the footsteps part of Curtain Call by The Damned.

Perhaps the finger-waggers just forgot who Tucker Carlson is, because they don’t watch his revoltingly (get it?) deceptive TV show? But his dishonest and self-contradictory reaction should have reminded them. The guy grew up in Studio City and his ambassador lobbyist father married a Swanson frozen TV dinner heiress. So like every other gutless child of privilege, hes simultaneously claiming victimhood whilst also fronting like hes the second coming of Don Frye just in case any other vegans with free time and access to poster board get any ideas.

Who he is isn’t nearly as despicable as what he does, however. Carlson co-founded the Daily Caller, a right wing propaganda site that falls somewhere in between The American Conservative and Info Wars, in between TV gigs. The Daily Caller keeps getting shamed into having to fire white nationalists and Nazi sympathizers, including Jason Kessler, whose articles were removed nine days after James Fields murdered Heather Heyer. Whenever it happens, Carlson says he didn’t know that his website was employing a Nazi. Gig economy aside, I’m sure many of you run small businesses, and I assume you’ve all repeatedly had to publicly dismiss Nazis who somehow covertly came under your employ, right? More or less annually, as appears to be the case with Tucker Carlson’s website The Daily Caller?

Of course not. Just as Carlson isn’t really saying he had no knowledge of his editors white nationalist agenda. He’s just saying that no one can prove that he knew, and that their agenda was in fact the reason he hired them in the first place. That is the nucleus of this whole thing.

The Jon Stewart Crossfire interview proved that Carlson is hopelessly over-matched in any actual discussion, even in debates stacked in his favor. For that reason, his show is just commentary – usually race baiting – and ambush interviews where, as stated by the Columbia Journalism Review, [r]eporters go on his show believing they’ll be discussing health care or Donald Trumps mental health, only to be met with the question, Do you think you are practicing journalism? 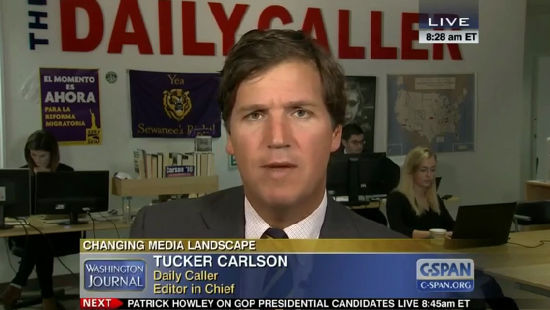 There are 100 idiots on TV of course, and its not exactly hard to find racist right-wing pundits. That basically describes everybody on his network, but nobody goes to their houses. What makes Carlson different – and what the media aren’t saying – is that everything he does: bashing immigrants, hiring Nazis, poisoning the discourse, claiming that Trump staring directly at an eclipse was the most impressive thing a president has ever done, is done with a deliberate, smirking subtext. Specifically, I get my way, and I hold power, and what the fuck are you gonna do about it?

Well, somebody did something about it. They went to his house, knocked on the door, and chanted for 10 minutes. They didn’t crack his tacky-ass red door. There weren’t 25 of them. They only mentioned pipe bombs in terms of the undeniable results of his own rhetoric (pipe bombs, synagogue victims). They were accompanied by theoretically apolitical legal observers. The cops were there and didn’t make a single arrest.

Look, I probably wouldn’t go to Tucker Carlson’s sidewalk to yell at his nearly-empty house. I’d probably feel bad for his neighbors, and in all honesty I worry that the cellular remnants of 15-year-old me would get swept up in the moment with circle-A guy and go to town on his mailbox. But I’m not going to cry for the guy, because you cant have it both ways. You cant be a free speech absolutist and then get mad when people call you on what you say. You cant act as though you’re untouchable when the people you marginalize find out where you live. The media implies that you should put yourself in his wife’s shoes, but there’s no need; two weeks ago at least 25 people were on my porch, shouting demands and trying to scare me. We gave them Twix bars, thereby re-cementing our place atop the cool neighbors chart.

NOTE: The views of J.J. Duquesne do not necessarily reflect those of Ruthless Reviews, its ownership, its editors, writers, or advertisers. Except Erich of course.

A combination of procrastination and sheer chaos at my day job made for something of a bittersweet backstory here. This line opened at 3.5 and I was all about it then, but that was Tuesday and now I find myself typing, once again, with main card UFC fights on my television. We harp on the importance of line shopping at the beginning of every season around here and yet here I am, letting half a field goal slip through my fingertips just because the guy who signs my checks gets testy about my admittedly dubious commitment to face time in the office.

However, in the interest of 100% honesty, if I would have finished this weeks column on Tuesday, we would already be down a game due to Carolina’s loss to Pittsburgh on Thursday. I knew the Jags looked wobbly toward the end of that Buc’s game (which of course gave us our first undefeated week) but I didn’t foresee them giving up 21 in the first quarter. Thank Christ I didn’t infect you with the virus I suppose.

Anyway, regardless of the line shift, Im comfortable with giving five to the Bengals. A.J. Green is out, as are Josh Malone and Tylers Eifert and Kroft. I’ll grant you the Dez Bryant injury as a counterbalance but as the saying goes, you don’t know what you got until its gone, unless it only signed with you on November 8 and wasn’t going to play anyway, and you still have Michael Thomas. Lay the five, they’re still the Bengals. 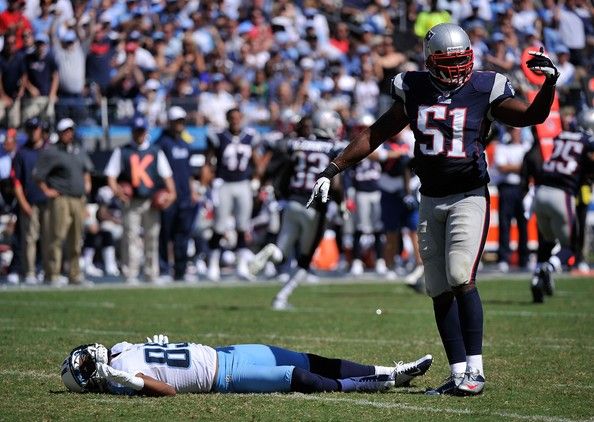 The Titans made a nice little Monday night payday for a lot of us, but I think some of that credit goes to Dallas, whose defense decided to continually fold over the course of the night. All apologies if you figured Dallas would cover, but consider the value of the learning experience: now we know, to the dollar, how much it costs to dance on Jerry’s star after a pick ($10,026 for some reason).

Respect to Los Titanes for hanging 28 on the Cowboys, but that was only the second time they’ve scored 20 points twice all year, and even with that win they’re still sitting at 30th in terms of yards per game with 288. That legendary home field advantage they have in *checks notes* Nashville doesn’t scare me away from backing a team with a six-game win streak and a 13.5 margin of victory. The Pats will lose a trap game at some point this year, but I highly doubt it’s this one.

Don’t even ask. NO my wife did not force me to take the Jets. YES I am aware that Sam Darnold is out with a foot injury. NO I don’t think taking on a division rival with Josh McCown is an ideal situation. YES, I do believe in Jesus Christ. NO, my mother did not die of cancer when I was five. YES YES YES, I think it was admirable that Daniel Bryan refused to perform in WWE’s Saudi Arabia clusterfuck. YES, I will cool it with this lame gag. NO, not yet. Okay, fine.

My two-word retort here is Matt Barkley. Pro Football Reference confirms that he never left football, instead kicking around in Arizona, San Francisco, and Cincinnati, but his last charted stats happened in September of 2016. For the sake of perspective, you-know-who hadn’t even been elected by a minority of the population yet! Should something happen to Barkley, which, God forbid but… the man has not played a live down in during the Trump administration, at least he can play shuffleboard with Derek Anderson.

Granted, I never in a million years foresaw the Jets being touchdown favorites over anybody this season, let alone being willing to stake them, but he has at the very least notched some NFL wins as a starter since Charlie Murphy died. Take the Jets, bitch! On podcasts and message boards – yes, there are still message boards – populated by degenerates, there are occasional rumblings about the Rams home turf. Specifically, that there is a nomad vibe to games at the L.A. Memorial Coliseum while they wait for their new home in Inglewood. Well, it sure doesn’t show up on the scoreboard. Besides, it wouldn’t matter where this game was played; Seattle has won just two of their eight home games in the last calendar year.

Granted, the Rams only clipped them by a safety on October 7, but I think they’ll cover this time. To begin with, they just had their perfect season swiped from under them by the Saints last week, which may well be motivational. Never mind the intangibles, though. Triangle theory says that the Rams beat the Chargers by 12 in the Coliseum, and those are the same Chargers who just drubbed Seattle 25-17, that score even being somewhat misleading.

These are not your slightly-older brothers Seahawks. Last week was their first loss to an AFC team since 2011. Furthermore, in week five Todd Gurley ran for 77 yards and three TD’s on 22 carries while Jared Goff threw for 321 against the Legion of Whom? Russell Wilson is great but he and his team are in the wrong place at the wrong time. Every other know-nothing gambling expert is on Seattle, so wait and see how far they bet the line down before you take the Rams five minutes before kickoff.

That’s enough fun for one week, kids. Hopefully last Tuesdays midterm was as much fun for you as last Sundays sweep. I guess a few of you are still waiting to find out. Hopefully our very dumb president doesn’t subvert too much democracy while we try and make some dirty money.

*to us, not the very dumb president