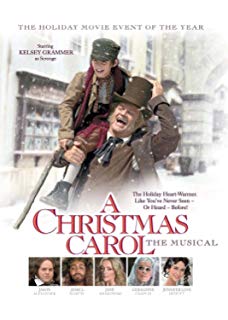 A musical version of this venerable classic misses the mark

A Christmas Carol-The Musical (2004) Here we have yet another addition to the versions of the Dickens classic, A Christmas Carol. This movie was a full length, made for TV musical, starring Kelsey Grammer as Scrooge. I generally don’t care much for Musicals, except for the excellent Broadways like The Phantom and Les Miserables. Watching this rendition certainly did not endear me to them any more. If you would like to see a decent musical of A Christmas Carol, watch the 1970 version starring Albert Finney. Not my favorite, but watchable. This 2004 version was horrible. 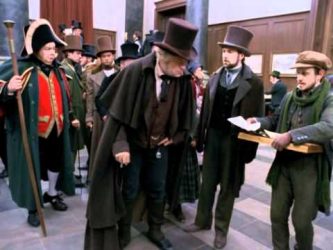 First of all, the setting was bright, sunny and almost cheerful. Not to be one to nit-pick details, but every version I have ever watched has Scrooge working his clerk Bob Cratchit until 7:00 PM on Christmas Eve. On Dec. 24 in London, the sun sets at 3:55 PM. Not with this version. It was light for hours after they left the office. No way would Scrooge give Cratchit a half-day on Christmas Eve too. Suddenly, though, it turned into the dead of night after Scrooge entered his dusty house. Details, details.

The script and continuity of this timeless tale were butchered and altered to where I was wondering if I was even watching my beloved A Christmas Carol at all. The acting was atrocious, and the musical score and singing were a crime. The ghost of Christmas Present was Jesse L. Martin (Law & Order), who had great teeth, but could not sing a lick. This critical act of the story went totally off the rails and was a disgrace to the memory of Charles Dickens. 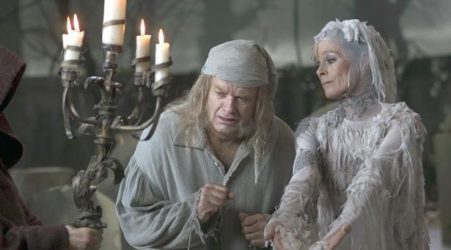 On the positive side, Jason Alexander (Seinfeld) was great as the Ghost of Marley. The scene with Marley was the best in the movie. Just kidding, he was horrible, but the accompanying ghosts were pretty good. The spirits busted through the walls and totally terrorized the cowering Scrooge. This was Night Of The Living Dead good. Too bad that this brief scene of inspiration was not continued. Jane Krakowski was sizzling HOT as The Ghost Of Christmas Past, but is this really consistent with the story? She was nice to look at, but was wearing a sexy cocktail dress. Really? The bit and child actors were no better than Grammer, and the choreography was awful. The dance sequence at the Fezziwig Christmas party went on way, way too long and the theater scene with The Ghost of Christmas Present was out of place, out of touch, and just unbearable to watch. 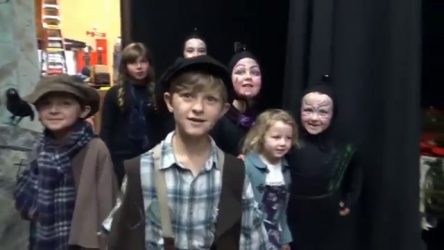 That’s about it. Frasier is a good Frasier, but a horribly failed Scrooge. The writers and choreographers who butchered this fine classic should have been taken outside and shot. This musical was almost unrecognizable as the A Christmas Carol that we all know and love. I regret watching this one, and am hard-pressed to think of a worse version than this ham-fisted mess.

3.0/10.0 With 2 points for the hot Jane Krakowski and 1 point for Marley’s zombie ghosts. A Goatesian rating of AVOID. Watch the 1970 Albert Finney musical version instead.