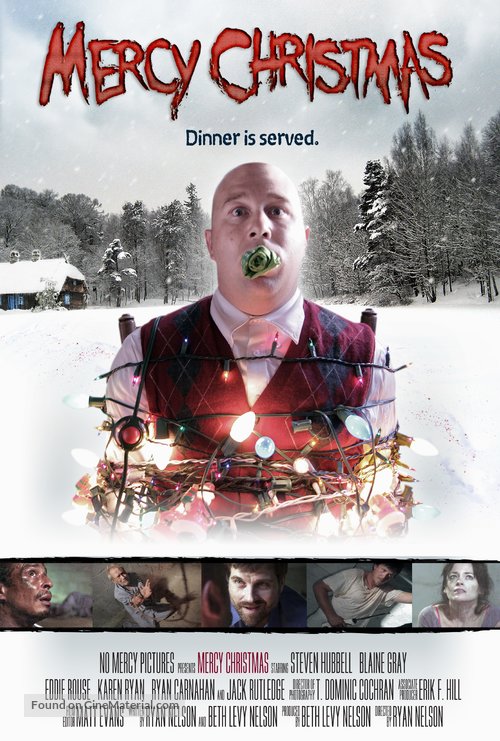 I wasn’t expecting much when I fired up this Christmas Slasher cheese-fest. I had recently watched Scrooge In The Hood, and Mercy Christmas has an even lower User Rating from IMDB. Yes, the bar is low for Christmas horror movies. What I actually saw was a well-acted, hilarious, but bloody camp masterpiece. This Christmas film was produced by No Mercy Films in 2017. No mercy, indeed. 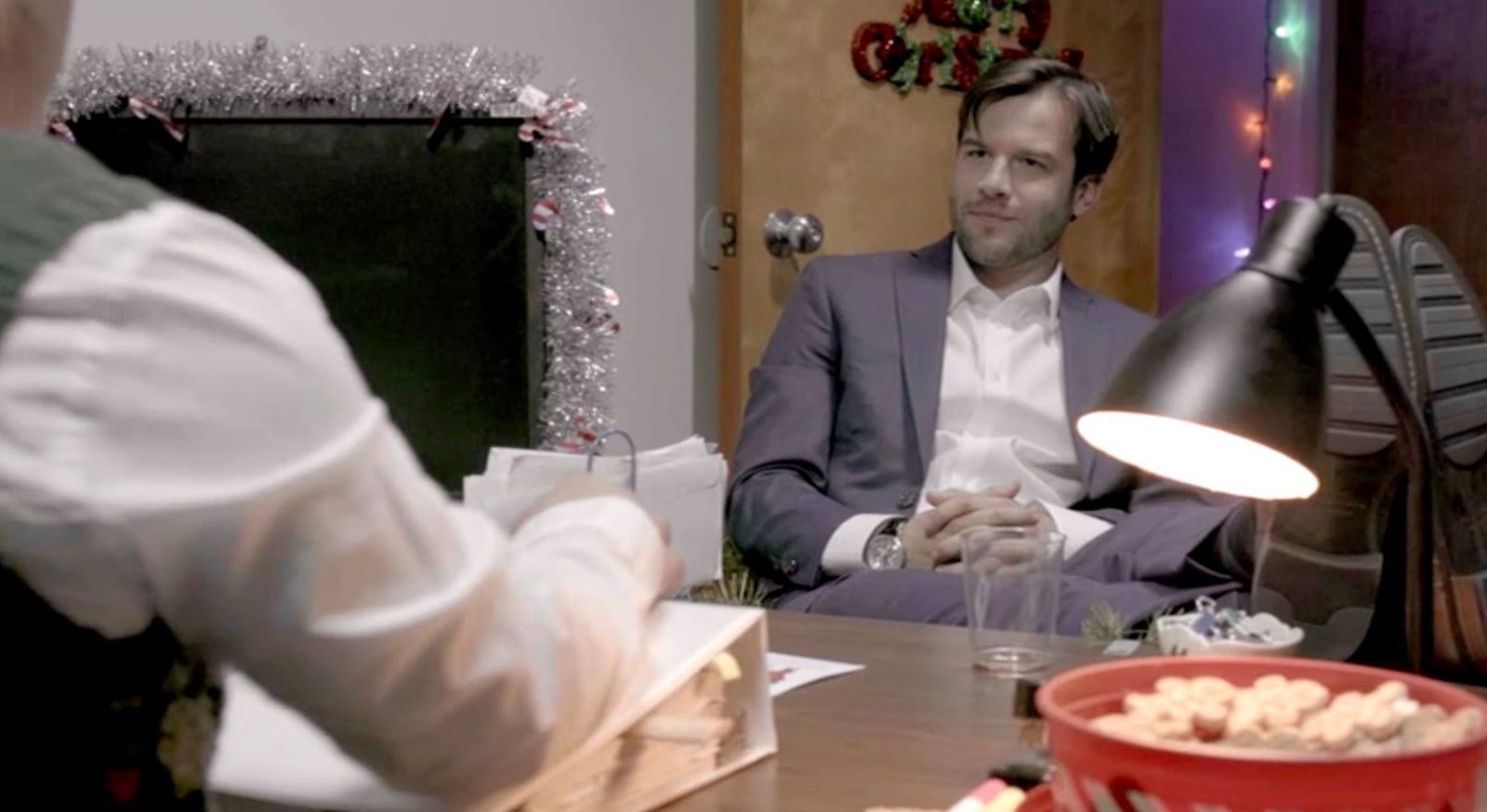 Michael Brisket was just a little fish working for a big company. He was great with numbers, so his boss Andy (Cole Gleason) did not hesitate to take advantage of him, demanding that he spend his Christmas day working on a company project. Michael was a fat nerd who had never been with a woman and of course no one showed up for his Christmas party. Home alone, that is, until the beautiful Cindy (Casey OKeefe) knocked on his door. Cindy was also Andy’s assistant and just happened to notice Brisket’s invitation that Andy had ignored. They got along fabulously and she invited him to her family Christmas Day dinner. He was thrilled to accept, even though it meant taking his work with him to the family get-together. There were some short teaser scenes which introduced some of the other characters. There was something very evil going on. 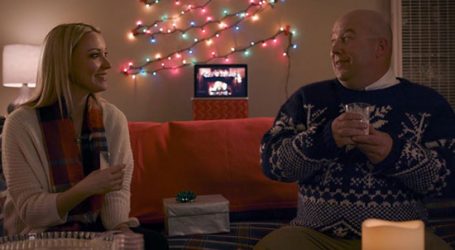 What started out to be just a friendly and boring family get together turned into a nightmare as Cindy’s brother Andrew was actually Andy, Michael’s boss. His appearance was the last thing that Michael remembered before he hit the floor, the recepient of a roofied egg-nog. The innocuous Christmas invite turned into the horror of horrors. Michael and three other victims ended up chained in a basement of the Robillards’, who unfortunately for them , were a family of cannibals. Brisket and his fellow prey were about to be the brisket, and they were understandably terrified. 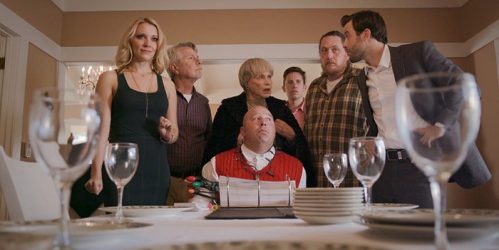 Mercy Christmas was very well done, one of the best films of the Christmas/Horror genre I have ever watched. The acting was surprisingly good, especially from newcomer Steven Hubbell (Michael Brisket), who was a dead-ringer for Andrew Zimmern of Bizarre Foods fame. There was the perfect blend of hair-raising gore and ironic black humor. Even though this was a den of kidnappers, murderers and cannibals, Granny still insisted that everyone attend church service before dinner. These were Christian family values at their very best, as they all bowed their heads to pray before they ate Eddie’s leg. Eddie was still alive downstairs, legless, but with the wounds cauterized with a hot iron. 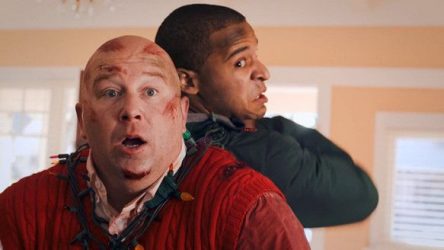 I won’t reveal any more spoilers, but the movie really picked up steam in the last act. There was the perfect balance of gore, violence, dark humor, and absurd irony. Cole Gleason as Andy made for the perfect villain. The in-fighting and family squabbles, amid the murderous gore and horror, provided the viewers a deliciously entertaining good time. The escape scene with Brisket and the legless Eddie was so hilarious that I probably now need a new keyboard. Eddie is pissed about his legs and goes totally feral. So does Brisket and who can blame them? I haven’t seen an unhinged performance like Eddie’s since Bill Paxton in Aliens.

If you love Christmas movies, especially, so bad they are great Christmas horror films, this one should be at the top of your list for holiday gore.

10.0/10.0 For a Camp Christmas Slasher movie with The Goatesians Seal Of Approval for Excellence.