Home / Featured Posts / How to Train Your Dragon: The Hidden World

How to Train Your Dragon: The Hidden World 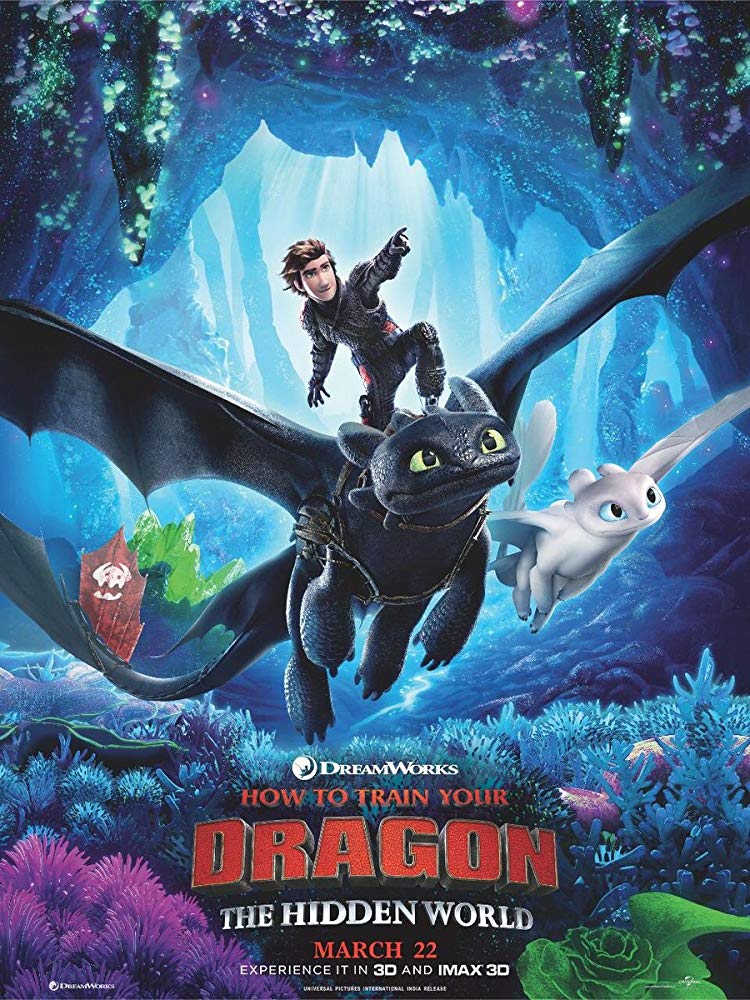 How to Train Your Dragon: The Hidden World

Dragon hunters and vikings clash in a kid friendly way.

Apparently, everyone read my rules of theater etiquette prior to the screening of How to Train Your Dragon: The Hidden World because everyone was on their best behavior. Thus, no complaints and we’ll get straight to a six-year old’s musings of the third installment of dragon training.

What’s the movie we saw?
How To Train Your Dragon 3.

Did it have a second title?
Ummmm? No?

Wasn’t it called The Hidden World?
Then yes for the second sentence.

What was The Hidden World about?
A place far away from the world. Oh wait. No. Not that. A place under the world that had a lot of crystals and rocks.

Did anyone live in the hidden world?
Yeah. A lot of dragons.

Did the dragons use the crystals for anything?
No.

So the crystals were just decoration?
Yeah. They were not used.

Was anyone still training the dragons?
Yeah. The movie is called. Why would you ask that question?

Sorry. Was that a bad question?
Yes.

Was someone trying to buy the hidden world?
No, but if you wanted to it would cost…yeah. It would cost $15 thousand million.

Who were they fighting?
They were fighting that person that has all those dragons that horns come out of their chin. That, he has that.

Horns coming out of their chin? Was that scary?
Yes. Remember that?

What were the Vikings doing in the movie?
They were fighting for themselves and trying to capture the creepy guy with the skinny head. Remember? He had a thin head.

I do remember. Why were they trying to capture the creepy guy?
To get back Toothless and, um, what’s her name? The white one?

You mean the white dragon?
Yeah.

I don’t think she had a name. I think they just called her the light fury.
Oh yeah!!!

Who was your favorite character in the movie that wasn’t a dragon?
They call him two different names. One – chief. Two – um, um, um…

Just because?
Because. Yeah.

Who was your favorite character who was a dragon?
Light Fury.

Oh yeah? Why?
Remember at the theater. I told the people that it was Toothless, but I changed my mind because when Toothless was making weird moves, I agreed with her face.

Ok. What part of the movie do you think people will like the best?
When Toothless was making weird moves. Like I just said.

Is there anything else you want to tell people about the movie?
Ummm. Not really.

Rating:
How much money should you ask for back?
You shouldn’t ask for any money back.

Why not?
Because the movie was fantastic.