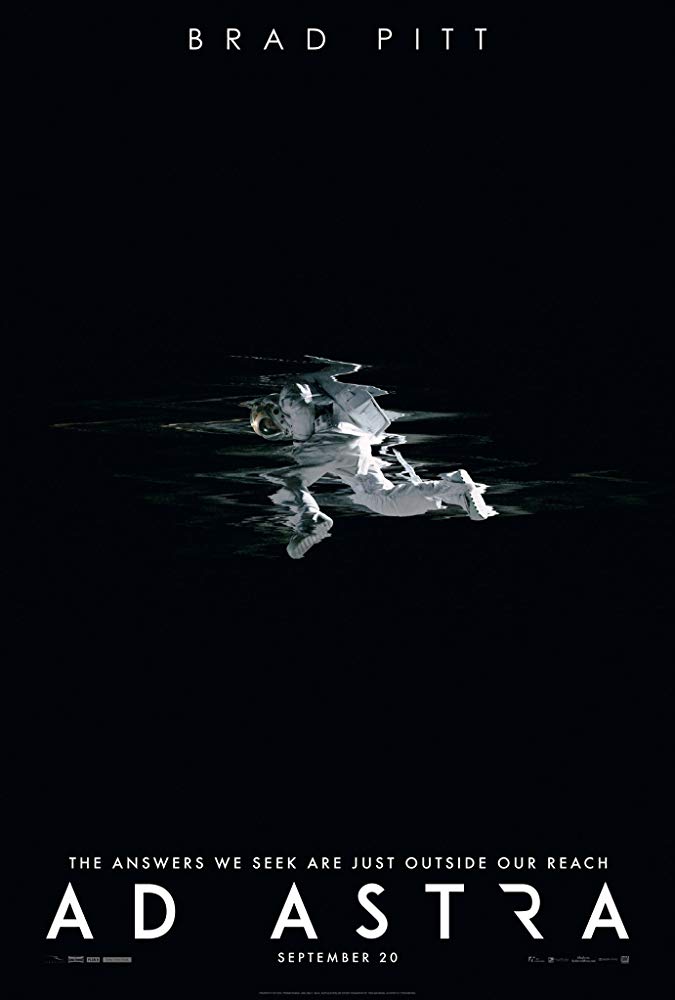 Every year, I have the same three movie wishes. One, that there is one really good movie that comes out of nowhere. Two, that there is one good science fiction film. Not fluffy sci-fi like Star Wars (though I do want more Star Wars), but good sci-fi like Moon or The Martian. Three, that Warner Brothers figures out how to make a DCEU movie that isn’t a complete embarrassment. Yes, Wonder Woman was a decent film, but that is only because someone from the MCU snuck onto the film set and reshot the second act while Zach Snyder was passed out after shooting a slo-mo scene seventy-four times.

So far, Us is the front runner for number one, though it is a little harder to credit it as coming from nowhere since, after Get Out, Jordan Peele is no longer just that guy from MadTV or Keegan-Michael Key’s pal. There is still plenty of time left this year for a surprise hit, so I am not giving it to Us yet. We are in no danger of wish number three happening, as evidenced by the disgrace that was Aquaman last year and whatever the fuck Shazaam! was. That leaves number two, which has not been met since Arrival in 2016. Is Ad Astra that movie I’ve been waiting three years for? The previews sure make it seem like it. But, then, why is it being released in the bedpan of the movie calendar that is mid-September? I repeat, why is a Brad Pitt-helmed, $80 million, sci-fi, action film debuting when every NFL team is still mathematically in the playoff hunt (even Cleveland)?

(SPOILER ALERT. In order to figure out this strange release date, we need to talk about details and the ending.)

According to the opening credits, it is the near future and humanity is looking to the stars (ad astra means “to the stars”) to escape the problems that humanity has created on Earth. Cut to Roy McBride (Pitt), an astronaut whose father, Clifford (Tommy Lee Jones), led a mission to the edge of the solar system to search for signs of extra-terrestrial life. How that solves any of humanity’s ingrained selfishness, greed, and self-destructiveness is a question you will just have to live with no answer to. Somewhere around Neptune, Clifford’s mission lost communications and all crew were presumed dead. Eight years later, Roy is better known as the son of the great Clifford, working in low-Earth orbit on the International Space Antenna as an antenna maintenance man. That is not a joke. That is Roy’s literal job.

One day, a bunch of power surges occur across the globe, causing explosions, death, and destruction, including on Roy’s orbiting worksite. Roy survives the ensuing fall from space and is approached by the military to help stop the surges. As it turns out, Roy is a Major in space command. As it also turns out, Roy appears to have no emotions whatsoever, a heartrate that never increases (as noted by the Generals who need his help), and that the surges are being cause by cosmic rays emanating from the last known location of Clifford’s ship. Whoa, whoa, whoa – that was a lot of information. Neptune? Space command? International Space Antenna? Cosmic rays? As far as being real sci-fi, the geek inside me just had an orgasm.

After being told that the cosmic rays are eventually going to destroy the Earth, or at least destroy everything on Earth while killing everyone, Roy agrees to join the mission to stop the surges. Now, their plan is going to sound really complicated, so bear with me – Roy has to call his dad and ask him to stop. No really; that is the plan. It sounds easy, but did you already forget that the International Space Antenna was destroyed? The movie never explains what the antenna is for, but what else if not for really long distance calls? Then again, maybe the future requires a one-hundred-mile-high antenna to handle everyone on Earth streaming 1,024K movies over their 17G LTEEE network.

This being the near future, there are other calling options. The moon is well-colonized and there are outposts on Mars. Roy has to travel undercover on a commercial rocket to the moon, travel by moon-buggy to a secret military base on the dark side of the moon, hop another rocket to a secret military base on Mars, where humanity’s most expensive phone booth is waiting for him to dial-up dad. At this point, the geek inside me is wondering if he hit his head really hard during his orgasm.

For the sake of argument, let’s just accept the premise that, in the near future, Mars is the only place that can call Neptune. Much of the film’s running time is spent on Roy’s journey to Mars, which includes moon pirates and space monkeys. You read that right. He and his liaison (Donald Sutherland) are chased and nearly killed by moon pirates on their way to the secret base. Then, en route to Mars, his ship stops to check out an SOS coming from a research lab in the middle of space (in the middle of SPACE?!), where insane, starving monkeys have killed everyone on the station and attack Roy and his ship’s captain when they investigate. Do these side plots have anything to do with the main plot of the film? Nope. Are they random plot devices thrown in because a test audience fell asleep in the original version of the film? Almost certainly.

After finally making it to Mars, Roy makes the call – over and over and over. At some indeterminate time later, they get a response (another thing that the movie doesn’t bother to explain or let us hear), and Roy is told he can longer participate in the mission because he is emotionally compromised (the call that finally elicits a response was due to Roy diverging from the scripted message he was sending to dad). Roy isn’t having it, so he secretly boards the rocket that is destined to Neptune to destroy Clifford’s ship, because, again, cosmic rays.

Skip ahead to the confrontation with dad, who has been alone on the ship for thirty years and I have completely lost track of any semblance of a timeline in this film. Clifford informs Roy that he never cared about Roy or Roy’s mother, Clifford’s wife. All Clifford cared about was proving there was life outside of Earth, which kind of makes you wonder why Clifford would have a wife and a kid at all? Despite that, Roy tries to save dad, telling Clifford that he loves him anyway and that they should stop looking for what isn’t there and enjoy what is there. At this point, the geek inside me set his Boba Fet action figure on fire.

As I sat there while the end credits rolled, I tried to understand what the message or point was the movie was trying to make. Don’t be like your parents because they are assholes? Appreciate the things that are right in front of you? Work isn’t everything? That a civilization that invented anti-matter propulsion drives, colonized the moon and mars, and built a one-hundred-mile-high antenna still has trouble getting five bars on a phone call? Beats me. The only thing I did understand was that a film with psychotic space monkeys, lunar laser-gun shootouts, lunar car chases, and nuclear explosions was still boring enough for me to nod off a couple times because all of that peripheral stuff was more interesting than the main story. At this point, the geek in me understands a September 20th release.

Rating: Ask for seven dollars back. This is not the sci-fi movie you are looking for.