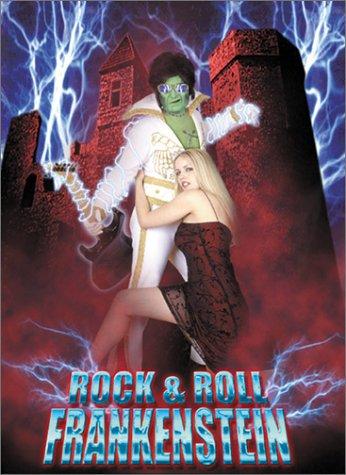 Music agent Bernie Stein, his scientist nephew Frankie, and a drugged out roadie named Iggy team to create a superstar by putting together the remains of dead rockers

EDITOR’S NOTE: Again, I am pleased to point out that we have some great fans and readers. Some of our fans and readers even make real movies! Brian O’Hara contacted Ruthless to let us know that he uploaded his classic good/bad Halloween Horror Special to YouTube (I hope they leave it up a while, so don’t hesitate). This movie is vulgar and in extremely poor taste, which makes it perfect for our website. Enjoy and thanks again to Brian O’Hara for sharing this movie. Some might, find it…Abbey Normal.

A washed-up music agent needs a new star and his nebbishy nephew, Frankie Stein, has developed a rejuvenation process which can reanimate lifeless body parts. Together they scheme to create a superstar by assembling the remains of rock ‘n’ roll’s dead elite. A burnt-out roadie with a knack for grave robbing, Iggy, is enlisted to acquire the legendary body parts.

The plan proceeds smoothly until Iggy screws up big time – instead of pilfering Jim Morrison’s genitalia he swipes Liberace’s. After the “monster” is brought to life problems soon arise. Equipped with the head of Elvis and the love tool of Lee, a schizo relationship develops between the monster and his privates. And sure enough, people have to die!