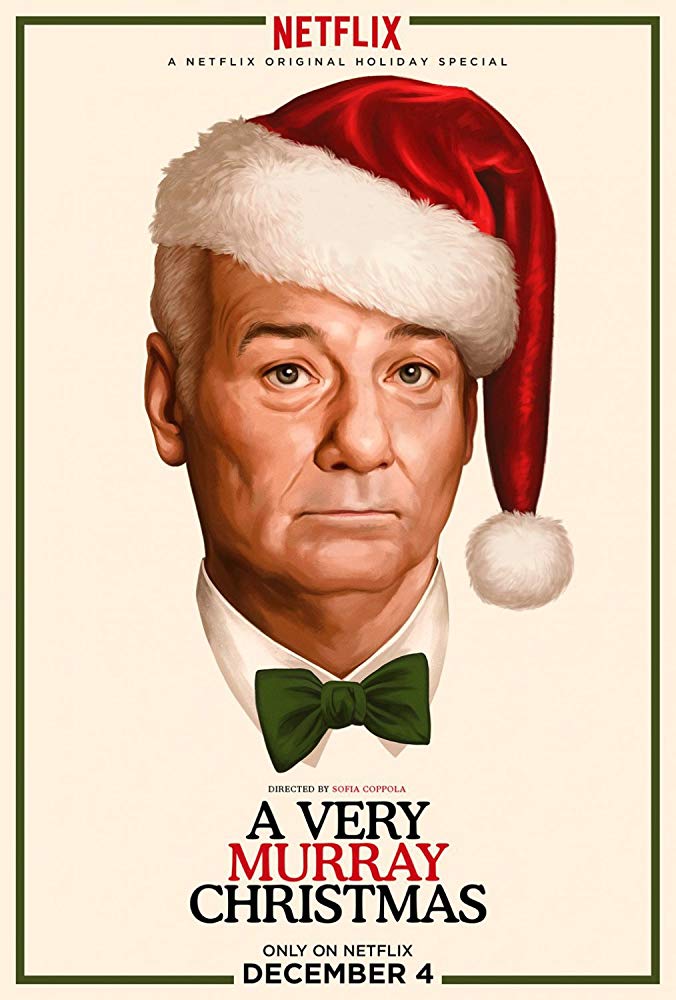 I never have been a huge fan of Bill Murray, but it cannot be denied that he was great in some of the SNL skits and movies like Caddyshack and Ghostbusters. His role in Lost in Translation brought almost universal acclaim. I was disappointed in the Christmas Movie Scrooged, but nothing prepared me for the mind and soul killing sheer Hell of having to watch A Very Murray Christmas.

It was Christmas Eve in New York and there was, of course, the obligatory Christmas snow. Not only was it snowing, but it was an all-century type blizzard and everything was shut down. A morose Bill Murray is supposed to do a live Christmas show at the Blah Blah hotel in Manhattan and to say that he was reluctant performer is an understatement.

Inexplicably, Chris Rock showed up and the two did a duet. Unfortunately, Chris Rock can sing about as well as T.J. Lambert. The power went out, the show was cancelled and a scheduled simultaneous wedding was ruined. Murray decided to be a talent agent, a master chef, a wedding counselor and The Ghost of Christmas Past, because Christmas must be saved! Also, everyone just had to sing, and it was some of the most cringe-worthy caterwauling in the history of Christmas Movies.

Mercifully (for us) Murray got drunk, fell off his bar stool and on his head, and we had a dream sequence. The ensuing sequence featured Miley Cyrus and was the very best thing in the movie. That shows you just how bad it was. We then have a Santa-caped Bill Murray and a tuxedoed George Clooney singing ‘Santa Claus Needs Some Loving’.

Unfortunately, Bill Murray wakes up the next morning and he starts singing again. The credits roll. All Christmas movies bring some level of expectations. For an actual budgeted Christmas Special Movie, this was an abomination.

2.0/10.0 With the Goatesians Rating of Avoid at All Costs