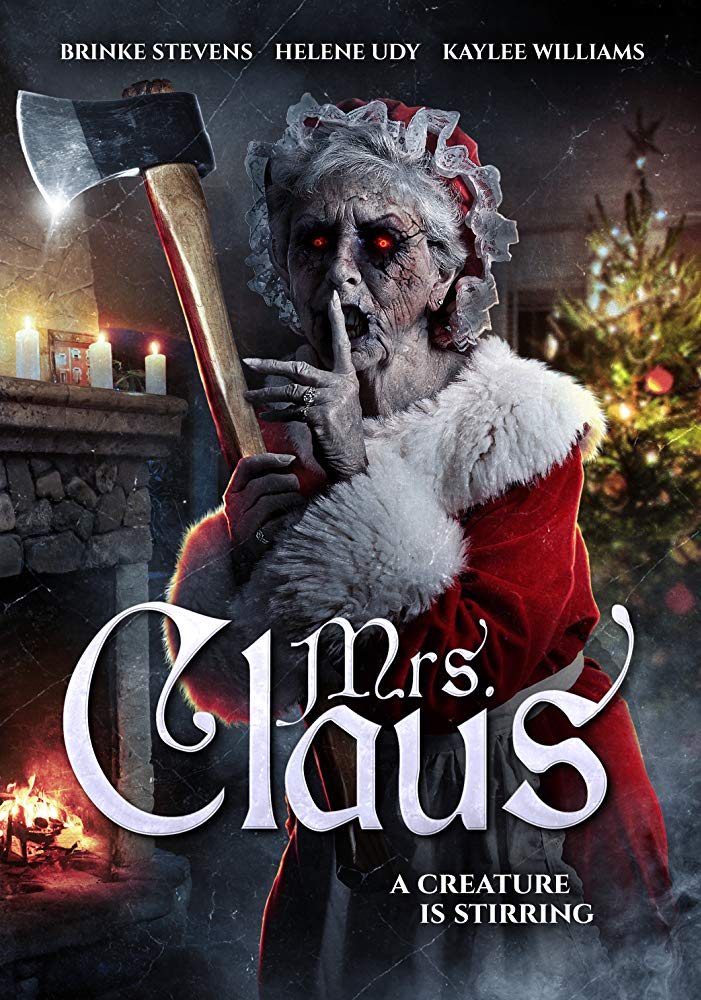 This movie is also known as Stirring, but it really doesn’t matter with this one, does it? Here we have yet another Christmas Sorority House slasher/stalker movie. There are a number of 10/10 reviews on IMDB, that are undoubtedly from the cast of this miscarriage of cinema. The overall votes reflect 3.6/10.0, which is quite generous.

Fast forward 10 years and Amber’s brat little sister, Danielle decides to pledge the same sorority. She chooses to live in the house for like, you know, closure. What could possibly go wrong? Right before Christmas, Danielle gets a creepy e-mail message from an anonymous Mrs. Claus, promising to wreak mayhem on the anniversary of Amber’s death.

The bulk of this movie revolves around this really boring Christmas Party with some random college guys sitting around with the Sorority Sisters, waiting to get picked off by this mysterious Mrs. Claus. Yawn. The acting is amateurish and wooden, and the script is just DOA. The dialogue was extremely forced and cliched. A dozen random college students could have done a better job…Wait! I think that is exactly what they did! The gore during the murders is so over the top that it is just embarrassing, not scary. Not even the appearance of horror movie veterans Helene Udy and Brink Stevens could rescue this weak effort.

The highlight of the film was a post love-making scene where Sophie (Dalane Azura) brandished her ample tits for about 5 minutes in between whining to the guy she had been banging because he would not take her to the Christmas party. She leaves in a huff after covering up the tah-tahs, but of course dies horribly minutes later, like Carlos in Godfather I, only a lot bloodier.

I won’t mince words, this film was painfully bad, and not in any sort of enjoyable camp way. Mrs. Claus had the attempted plot twists, jump scares, and of course…that super annoying piano redundant one note. How original.

Quote of the Day: Come on dude! Frats have nothing to do with murder. You want to know how you avoid getting killed? You be ugly. Seriously! You don’t see ugly people getting murdered. Serial killers aren’t interested in them. And Jason, Michael and Freddy don’t go after the uglies! – Grant