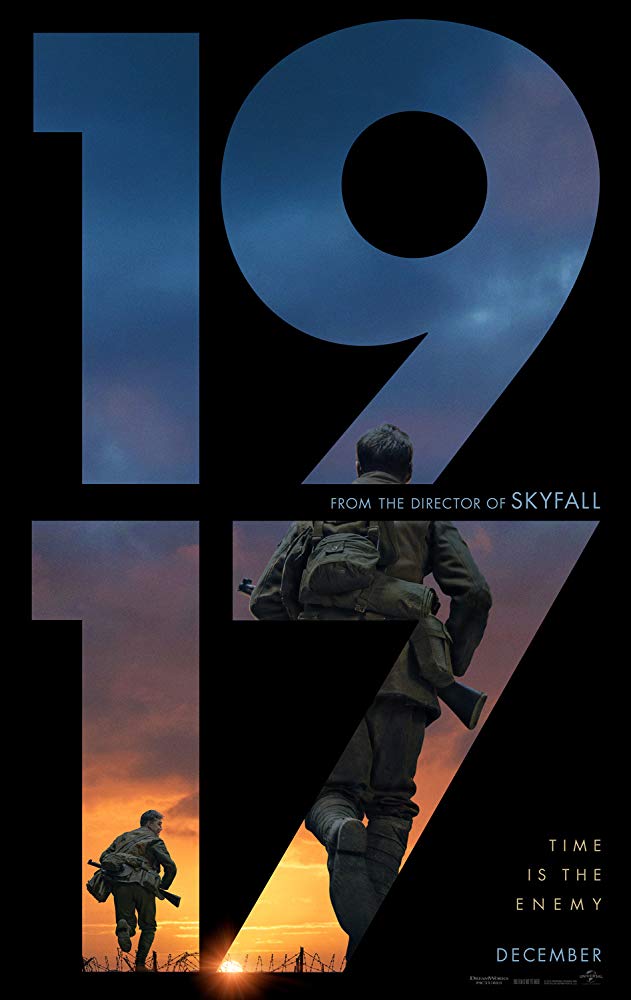 Two men navigate the hellscape that is WWI.

Can you handle the truth?

If you are into war movies, there are two major ones from which to get your fix. By now, you probably already saw Midway and, depending on what city you live in, might have seen 1917 as well. If not, you are waiting with bated breath for January 10 to get here, which is when 1917 rolls out everywhere. And, I sympathize with you because Midway was not what one might describe as good. Rather, it is what one might describe as “definitely a movie,” or even “the opposite of how to make an interesting movie.”

War movies tend to be really good when the plot is narrowly focused on a specific event. For those of you who have seen neither Midway nor 1917 (or their associated previews), one is focused on a specific event and the other covers several events that take place over a significant amount of time. Based on title, you would assume Midway is the specific one. There was only one Battle of Midway during WWII, so the movie has to focus on that, right? Conversely, 1917 is an entire year of the Great War, in which at least three major battles were fought. Surely, the film will give us a look at the horrors of that year, including the Battle of Cambrai, which was the first time battle tanks were used on a massive scale. If you haven’t already guessed, the opposite is true of both films.

(Side note: Midway should have followed in Dunkirk’s footsteps, but chose to follow in Pearl Harbor’s footsteps. Even worse, Midway didn’t even have great special effects. But enough about Midway; that is not why you are here.)

If you have never seen pictures or heard first or second-hand descriptions of WWI battlefields, think of your worst nightmare, feed that nightmare into a meat grinder, then double it. What little we were taught about WWI in school probably included trench warfare, covered the deployment of new weapons like airplanes, machine guns, and tanks, and briefly described the space between opposing trenches (no-man’s land) as a mess of barbed wire and land mines and thousands of flying bullets and artillery shells. Maybe, just maybe, you had a teacher who also mentioned the bodies that littered no-man’s land, but probably only in the context of a lot of men dying whenever one side would order its men to charge the other side’s line. They never got into the facts that retrieving bodies from no-man’s land was next to impossible, the massive use of modern artillery and chemical weapons left a maelstrom of craters filled with people/poison soup, or that many of those suicidal charges involved horse-mounted cavalry. The point is do not eat any food while watching 1917.

1917 corrects the error of American history classes by showing us that nightmare. British Lance Corporals Schofield (George MacKay) and Blake (Dean-Charles Chapman) are ordered to make their way nine miles forward to warn a 1600-man brigade that is unwittingly marching into a trap. Like them, our immediate question is how they make it a dozen steps before being mowed down. Don’t worry, their commanding officer (Colin Firth) assures them. Aerial surveillance shows the Germans have retreated to lines further back and that the duo can cross no-man’s land safely. The surveillance is also how they know about the trap. Pshaw (or bollocks), we say in unison with Lieutenant Leslie (Andrew Scott). Leslie tells them where they can cross the barbed wire (directions which include “cross through at the horse”), while simultaneously assuring them they will die. Oh, and don’t fall into the craters because we know they are half-filled with water and nobody knows how deep they are. This is half of the recipe for the movie-long tension that begins the moment the men peek their heads above the rim of their trench.

The other half, as my Ruthless colleague John has discussed, is the lack of film cuts throughout the film. Director Sam Mendes wanted to build the tension and realism by putting the audience into the trenches, no-man’s land, and gutted towns with Schofield and Blake and removing cuts is a great way of doing that. You probably have never consciously noticed that a cut allows you take let your breath out or blink your eyes, artificially releasing a bit of tension and momentarily pulling you out from whatever film you are watching. About five minutes into 1917, I realized there had not been a cut yet (for reference, the average length of a shot is 2.5 seconds) and that my eyes were really, really dry. I did my best to look for them, but it was really difficult once the meat grinder was on full display. There are plenty of clever ways to hide cuts, but they just weren’t there. What was there were Black and Schofield crawling through mud, barbed wire, and craters filled with rancid liquids, rats, and body parts and rotting faces glaring at them for having the audacity to not also be dead. Oh, and the horses the dead rode in on.

Since Mendes did everything possible to make the film appear as one long cut, the tension almost never breaks. Like the two corporals, we are expecting bullets to fly at any moment. For one of them to step on a land mine. For an artillery shell to explode. For Germans to be around every corner. Even worse, and just like in life, nothing happens when you expect it to, instead happening out of sync. If I chewed my fingernails when I got nervous, I would have nothing left below the elbows.

Like Saving Private Ryan and other great war films, 1917 works because the war is the setting instead of the plot. We can experience the war by observing it with Blake and Schofield. For this film and for our benefit, they channel the experience of the entire Allied army. As they navigate the obstacles of the war to accomplish their mission, not only do we see all of those things we learned about in school (tanks, trenches, biplanes, artillery, death), but we see all of the things no one told us about. The simple plot of two men risking their lives in a suicide mission for the greater good is a far better story than trying to cram half of WWII into a two-hour Midway, I mean movie.

Rating: Do not ask for any money back and don’t forget to unclench.