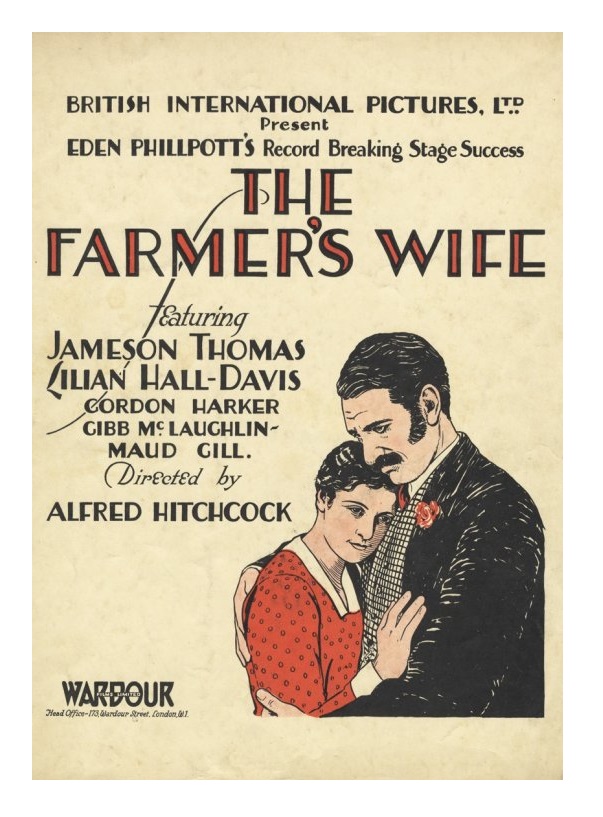 A middle-aged empty-nester has trouble finding another suitable mate

Fair Value of The Farmer and His Wife: $0.00. In this early (1928) silent film, a young Hitchcock is both out of his element (mystery) and his medium (dialogue), and so this early drama is generic and basic, largely lacking in Hitchcock’s style. This is a snoozer.

Summary of the Concept: A maid servant is asked to perform unpaid emotional labor in addition to physical labor for a newly widowed landholder in this early romcom.

Who is this film perfect for? Elderly Downturn Abbey fans who want an authentic British manor comedy from the time of actual British manors. SPOILER: It’s far less swanky than the modern nostalgia makes it out to be.

Who will not like this film? This is one of those films that really demonstrate the barrier of different times and different cultures. “Who will the laird marry?” is really a drama from a feudal era. I was bored within the first 20 minutes.

What works in this film? Hitchcock is using transitions and camera tricks that probably seemed stylish at the time, but just seem like standard film-making nowadays. Compared to Juno and the Paycock, it’s a lot less ‘stagey’, with a range of sets that seem more like actual people in a modest estate. One can imagine that the lack of sound was forcing Hitchcock to pay much more attention to staging and composition.

What fails? A comedy of manners with only isolated title cards is hardly a comedy at all, especially lacking so much in the way of slapstick. Most of the discernible comedy lays in Churdles Ash (Gordon Harker), the bumpkin farmhand/ shepherd.

Is this film worth re-watching? It’s not worth watching in the first place, unless you’re looking for a tranquilizer to help you fall asleep.