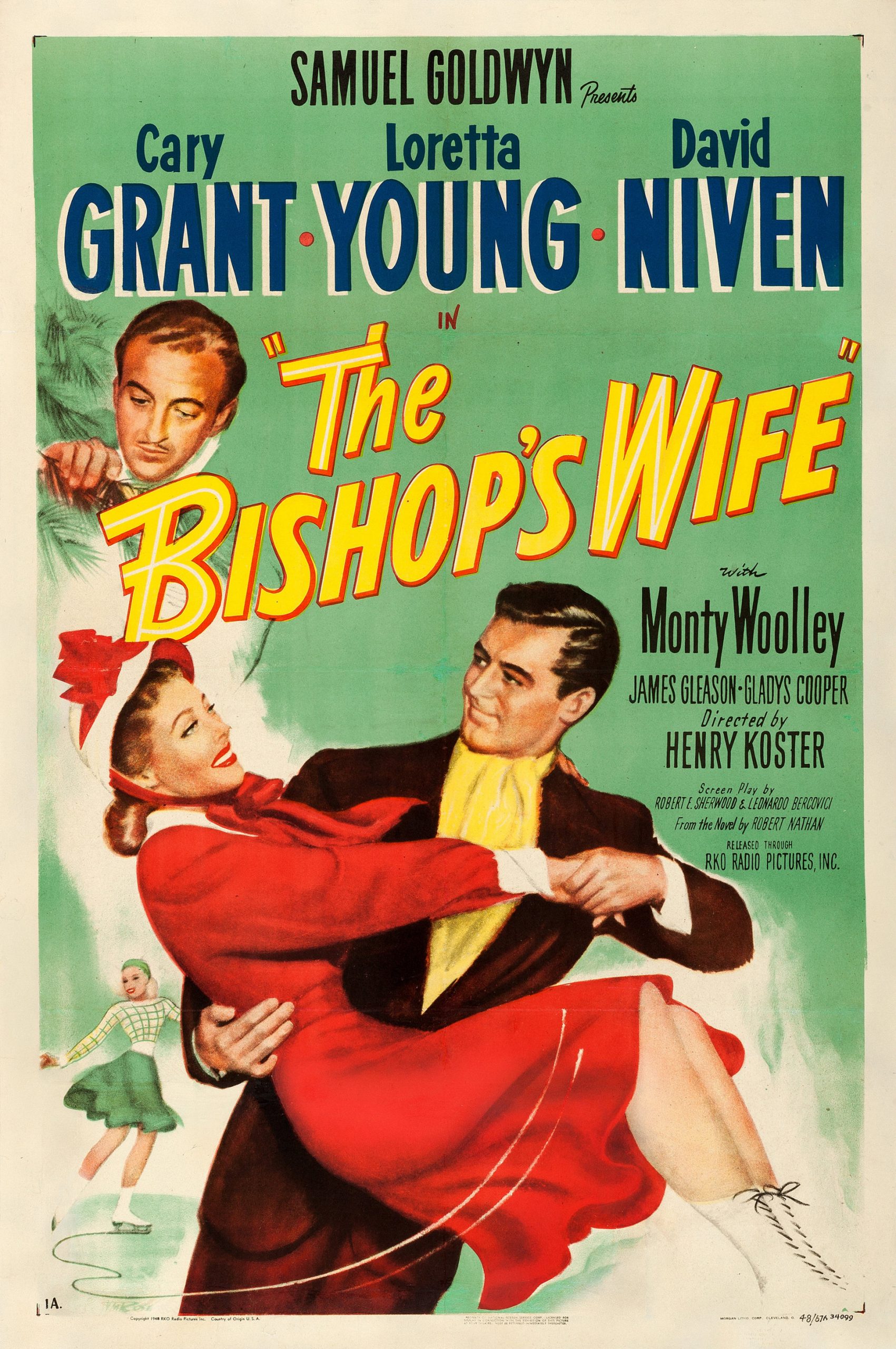 An angel comes to Earth to help raise money for a Bishop’s church. If he had just used Zelle, we wouldn’t have a movie.

There are many examples in cinema history of iconic movie roles originally being intended for very different actors than those who ended up playing them, from Jon Lovitz and Dana Carvey as the original would-be stars of the Bad Boys franchise to Will Smith and Val Kilmer in the roles of Neo and Morpheus in The Matrix (because no matter who plays what role, heaven forbid they both be black!).

Few are more intriguing than the idea of Cary Grant as George Bailey in It’s a Wonderful Life. Grant was attached from the start, and Life was meant to be a vehicle for him before it was shelved by RKO and then ultimately picked up as a project for Frank Capra. With his slicker, more urbane charms, it undoubtedly would have been a very different movie with Grant in the lead.

The Bishop’s Wife gives us a glimpse at how that project might have turned out, and it seems that Grant would have insisted on playing the part of Clarence the bumbling angel instead, and then stolen the show by flirting with Donna Reed the whole time. Grant was originally offered the role of Henry Brougham in Wife, with David Niven already attached as the angel, Dudley, but like Arnold Schwarzenegger realizing he was born to play the Terminator nearly 40 years later, Grant knew the choice role when he saw it. Dudley is obviously the more “Cary Grant” role, a smirking, mischievous angel who does good, of course, but not without having some devilish fun doing it.

Dudley appears in answer to a prayer delivered by Henry (Niven, who apparently lacked the clout to keep Grant from stealing the more fun role), the titular bishop, but it is really the equally titular wife, Julia (Loretta Young), who seems to capture most of his interest. She seems plenty interested in Dudley, too, as does the family cook, Mrs. Hamilton (Gladys Cooper), the maid, Matilda (Elsa Lanchester), and basically the rest of the town, once they get to know him. Who can blame them? Dudley has a magical effect on all he encounters, whether he is teaching the old cab driver, Sylvester (James Gleason), to ice skate or gifting the affable but curmudgeonly Professor Wutheridge (Monty Woolley) a self-refilling bottle of sherry (two of the highlights of the movie, along with Grant’s general roguishness).

It is pure speculation on my part, but the similarities in the guardian angel storylines and the coincidence of Grant having been cast in both (he even mentions having “no wings at the moment” when first introduced), raises the idea that RKO made The Bishop’s Wife as a sort of second chance after the relative box office failure of It’s a Wonderful Life. It was that same studio that distributed both films, after all, and they even share several bit players.

Henry and Julia’s daughter, Debbie, is played by none other than Zuzu Bailey (Karolyn Grimes), and young George Bailey (Bobby Anderson) is the leader of an opposing snowball-fight army she encounters in another of the best scenes in the movie. Most memorable of all is Sarah Edwards, who played Mrs. Hatch, mother of Mary, in Life, and who looks almost exactly like Gary Oldman as old Dracula (before being revitalized by that sweet, sweet Keanu blood) in this one.

Anyway, as Dudley shows more and more interest in Julia, and less and less apparent interest in answering the prayer that ostensibly brought him there, Henry begins to get so jealous he expresses doubt that Dudley is, in fact, an angel, and not perhaps a demon sent there to torment him. This might have been a really interesting direction in which the movie could have gone, with Dudley’s true intentions left an open question until the end, but this is a Christmas movie made in the 1940s, so moral ambiguity was never really an option. By the end, even the agnostic, acutely non-religious Wutheridge is seen attending his first church service in many years, as an endless supply of high-quality booze could make a believer out of anyone.