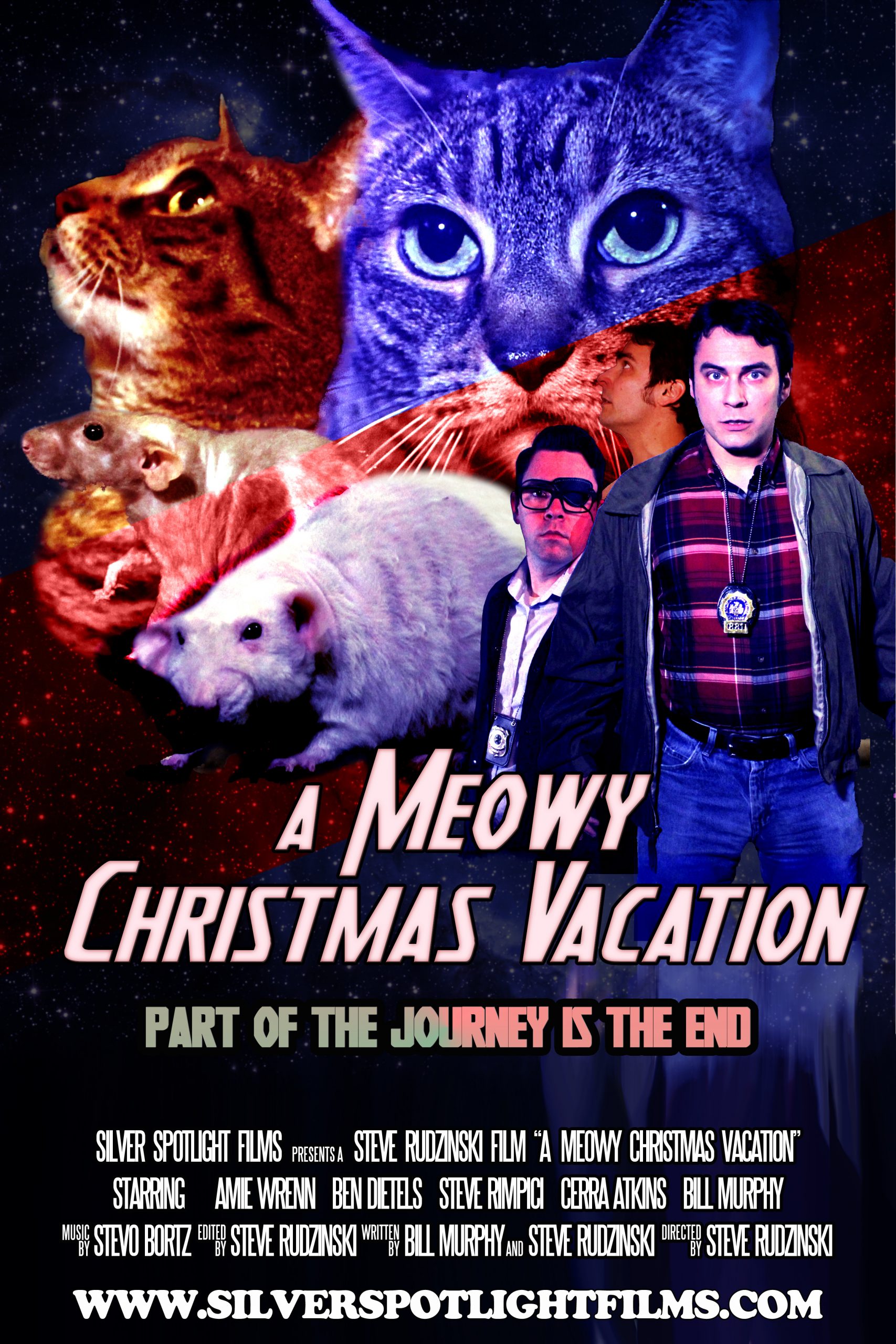 Steve and his furry friends drop yet another load

When I reviewed the worst Christmas movie ever made, A Meowy Christmas, I had no idea of the massive amount of whiney butt-hurt that would be forthcoming from the movie creators, Steve Rudzinski and the writer of that horrid mess, Bill Murphy. This was 3 years ago and long forgotten until a got yet another message (he has since deleted) from Rudzinski complaining about the review. Here is part of the complaint:

“As mentioned I have little problems with bad reviews, but I do have a problem when “journalists” act in an unprofessional manner and provide reviews in a childish and out-of-context way. We deserve better than that when it comes to journalism, especially in the modern era when anyone can claim to be a journalist. The only reason he posted this review was out of spite, and it wasn’t even the full review which makes it even more disgusting.

NOTE: I have never claimed to be a Journalist. At Ruthless, we love hate mail, but this one is the gift that keeps on giving.

I will be making a formal complaint to the website “Ruthless Reviews” and I welcome any comment he has for me. As a final book-end, this is what the reviewer wrote about Jim Varney in Ernest Saves Christmas & considers a joke: “He died in 2000 of lung cancer at the age of 50. This is the only thing that brought a smile to my face during the entire viewing and research for this Christmas film.” -Bill Murphy (writer) & Daniel Lock

Lo and behold, again the cup again runneth over. Stevie, one of the gods of film directors, has produced yet another masterpiece, A Meowy Christmas Vacation, included with Amazon Prime. What this thing has to do with Christmas, or Christmas Vacation, I have no idea, ask Steve. He obviously tries to steal some traction from the classic Chevy Chase comedy, but to have traction you must first have a wheel.

This was not a real movie in that it was only 39 minutes long. Usually, as you grow older time passes faster and faster. That is, unless you are watching A Meowy Christmas Vacation, where 39 minutes seems like hours, and you age mercilessly watching Steve’s inhumanity to film-making. As a responsible “journalist”, I watched every minute of this thing and will cover the plot. There will be spoilers, not that it matters with this thing.

Wally somehow finds himself in the future year of 2050. He either has amnesia, or is just stupid, or both, because he has no clue as to what has happened. Apparently lizard-aliens in bad Halloween masks have invaded the Earth. Only one alien is ever shown, Zagel (Bill Murphy, also responsible for writing this dreck). Most of the rest of the movie is spent inside a house, in a dark hallway painted Impulse Blue. Here Wally plots with Rick and Lisa, who is a full-figured gal with a really bad complexion and a dirty pony-tail, but that is not important.

What is important is for Wally to get back to the present and prevent the future alien invasion from happening….And save Christmas. While this trio of dunces are trying to figure things out, they dispatch a medical school skeleton to battle Zagel. Zagel easily defeats Bones because he is wearing a magical Admiral Ackbar mask. During this time we are shown random shots of Whiskers and the rodents. Mercifully, they do not talk as much as they did in Rudzinski’s other stinker. Whiskers however does write a letter to Santa to beg for help.

Meanwhile, back in the dark hallway, things are figured out, Wally, Dufus and Zagel are transported to the present at a Senatobia, Mississippi wrestling arena. For 20 minutes or so, we watch Zagel throw Wally around the ring like the Gabroni that he is. This was the only marginally entertaining part of this film. Santa appears inexplicably at the end and zaps Zagel away for being a sissy and not crippling Rudzinski in the ring.

Wally returns home to be rebuffed by a full-sized Native American, who apparently would rather be at Wounded Knee than go out with him on a date, so he spends Christmas on his couch molesting his rats and his hedgehog. Credits roll.

Special Ruthless Ratings -or- What I Learned From A Meowy Christmas Vacation: