Home / Featured Posts / About That Life On Mars Thing

About That Life On Mars Thing

Since the early days of science fiction, Martians have been part of our folklore. Sometimes they’re benevolent, often evil; but always just taken for granted as being existent. And though we’ve been to Mars lots of times, we’ve had eyes on it from the surface and from orbit, we have not yet managed to find any giant tripod monsters lumbering about on its surface. But what about the smaller life? Microbial life, or at least evidence that it lives … or has lived … somewhere on Mars?

Exobiologists at NASA are in unison that the answer is no, and yet every few years, a news story pops up trumpeting that some scientist claims it has been found after all. Who do we believe? Today we’re going to look at the evidence, and at the claimants, to see if we can determine whether it truly has been proven that our neighboring planet does indeed harbor life.

I think that deep down we all hope there is some kind of life on Mars. After all, who wants to be alone in the universe? Humankind almost needs an intergalactic sibling, and the closer, the better. Sorry moon, you’ve already been ruled out.

We can see Mars with the naked eye; it’s real to us. Organic molecules have been discovered there, and we know that the red planet was home to a great deal of water at some point in the past. Water plus organic material plus billions of years could equal life, right? It’s not beyond comprehension.

Wanting, however, is not enough. We need definitive proof to make a truthful claim that life exists on the red planet. It’s important that scientists don’t promote unsubstantiated claims and that these are not parroted by the press.

Let’s take a few minutes and look at some science-based claims for life on Mars and discuss why these may not be as scientifically valid as we first hoped. 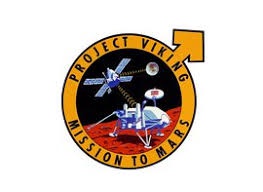 Back in 1976, Jimmy Carter was president and we were knee-deep in polyester leisure suits and bicentennial quarters. There were some really spectacular fireworks for the fourth of July, and Vikings 1 and 2 both touched down on the Martian surface.

They took soil samples, added nutrient solution to that soil then monitored it for any signs of metabolic byproducts. Kind of like a Martain chia pet but one hell of a lot more expensive.

To prep for the mission, the experiment had been performed multiple times on Earth, both with soil containing microbes and sterile soil. Sophisticated detection equipment never failed to correctly identify whether the soil contained microbes or not.

One of the original scientists on the Viking team, Gil Levin, has been reporting for 40 years that proof of Martian microbial life was found. This would indeed have been a huge deal, and if indeed true, we’d probably have boots on the Martian ground by now.

Unfortunately, the soil on Mars and the soil on Earth are not the same. One does not have to possess a degree in Astrobiology to realize this. It stands to reason that we did not know the exact chemical makeup of Martian soil before we analyzed it. If we had, the experiments would have been designed differently.

Today we realize that certain chemicals in the soil (perchlorate and hypochlorite) may have accounted for results that seemed positive. This was discovered after an analysis of the soil by the Phoenix lander in 2008.

We should consider the fact that microbial life is not ruled out by this reexamination, but the results obtained by the original Viking landers make sense now that we know the correct composition of the Martian soil. Microbial life is not required to have these findings.

Still, Levin persists with his claim. Periodicals none other than Scientific American as recently as 2019 have given Levin a platform to confuse the public and foster false hope with a piece titled, “I’m Convinced We Found Evidence of Life on Mars in the 1970s”.

The Labeled Release experiment on the Viking mission reported positive results, although most have dismissed them as inorganic chemical reactions

Sensational pieces such as this may drive additional eyes to the periodical but should not be allowed to be published unchallenged for the sake of scientific veracity.

It was two days after Christmas in 1984. Scientists in Antarctica noticed a rock sitting on top of the ice in the frozen landscape of the Allan Hills. After careful inspection, it was determined to be a piece of a meteorite from Mars. No need for billions of dollars and tens of thousands of man-hours spent, the universe sent a chunk of the red planet to us for the finding.

Fast forward to August of 1996 when David McKay, Chief Scientist for Astrobiology at the Johnson Space Center, reported evidence of fossil life obtained from meteorite AH84001. This immediately raised eyebrows and let other scientists have a closer look at the rock.

Three such scientists, John Bradley, Ralph Harvey, and Harry McSween, wrote of their findings in the journal Nature. They suggest what McKay refers to as nanofossils are actually thin fractures parallel to atomic planes in minerals in the martian meteorite.

Bradley states that the way the samples were prepared were the likely cause of the segmentations found in the rock. McKay agreed that some of the structures he detailed in the rock were indeed mineral features but maintained until his passing in 2013 that his preparation techniques did not produce significant segmentation and the features seen could possibly be microfossils.

Occam’s razor (the idea that of two explanations that account for all the facts, the simpler and more common one is likely to be correct) leads most scientists to lean towards the more likely, Earthbound explanation.

I prefer the term cyanobacteria, but some people like to call it pond scum; that’s more dramatic. That’s why in 2010, headlines shouted that pond scum had been found on Mars by the Spirit and Opportunity rovers.

Those headlines were prompted by findings shared at the 2010 Astrobiology Science Conference. In short, the findings showed that in 2004 Opportunity had detected the presence of sulfates on the Martian surface. These were mainly in the form of gypsum.

Let me try to explain what gypsum (the primary ingredient in drywall) has to do with pond scum and the huge leap to claiming that life has been found on Mars.

Here at home, deposits of gypsum often contain microfossils. These are exactly what they sound like, fossils that are so small they can only be seen with the aid of a microscope. These microfossils are often the remains of ancient algae and phytoplankton. 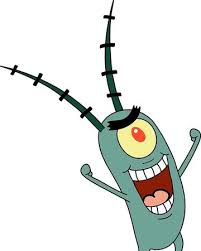 Someone in the press heard the word phytoplankton, remembered their high school biology class and figured that plankton equals algae, equals pond scum equals life on Mars! Not so fast there, Jimmy Olson, remember Occam’s razor.

While it’s true that some Earth gypsum contains microfossils, the material itself exists completely independent from the biological remnants. The sulfates found in the samples taken by Opportunity did not indicate the presence of cyanobacteria or any other Martian life form.

The press confused the issue so much that NASA was forced to issue a statement denouncing the outrageous stories. They wrote:

This headline is extremely misleading. This makes it sound like we announced that we found life on Mars, and that is absolutely, positively false.

This is my personal favorite “proof” of life on Mars. William Romoser, an entomologist from Ohio State University, presented a paper to the Entomological Society of America at their 2019 meeting. In it, he claims to have identified insects on the Martian surface. His conclusion was based on numerous photographs taken by multiple rovers over the years.

Romoser was well respected by his professional peers and were generally stunned by his presentation. He had no evidence, no proof, just his interpretation of grainy photos taken on Mars.

Rather than try to paraphrase, here is an explanation from Romoser:

Last year I presented a poster describing evidence of higher life forms in NASA/JPL rover photographs relayed to Earth from Mars. In this poster, I focus solely on evidence of extant insect-like organisms on Mars and include significant new material. Evidence to be presented supports the presence of extant insect-like (“insectoid”) forms on Mars; the ability of these to walk, run, glide, and fly; the occurrence of sheltering/nesting behavior; and the presence of immature forms. Among the apparent diversity of organic forms that can be seen in the rover photos, there are two particularly common insect-like types, a relatively smaller “bee-like” (in the Earth sense) form, and a larger form. These are not necessarily insects in the Earth sense and do not necessarily represent discrete taxa, but within each group, they are very similar. For convenience, the Martian forms will be referred to as “bee-like insectoid” and “large insectoid”.

** This is one of the images used to claim there are living bugs on Mars. Apparently, they are not at the top of the food chain.

I’m trying to keep an open mind, but not so open that my brains fall out. If you want to have a little fun, do a Google image search for “pareidolia.” In short, pareidolia is “the tendency to perceive a specific, often meaningful image in a random or ambiguous visual pattern”. It’s our mind playing tricks on us.

Our minds are hard-wired to make order out of chaos. This is especially true when it comes to finding faces in random patterns. Don’t believe me? Just spend a few minutes outside staring up at the clouds, and I guarantee you’ll make out some kind of object or face.

** Is this cheese grater really happy, or do we perceive it to be that way?

Romoser’s paper was available on Ohio State University’s website until they started getting a good deal of mocking inquiries about it. After all, they have a reputation for world-class research, and this certainly was not that.

Scientists have an obligation to the public to release information only when they have a high degree of certainty that it is factual. They know as well as you or I that the press will get ahold of their work and bend it to their liking.

Ask the average person if they’ve ever heard reports of proof of life on Mars, and chances are they’ll vaguely recall reading something about it or hearing it mentioned on TV. It’s possible they got their “knowledge” from one of the sources noted above.

As science-minded individuals, we owe it to the rest of society to call out a fake or a shady claim when we see one. If we are not sure of something, we must admit that and dig a little deeper.