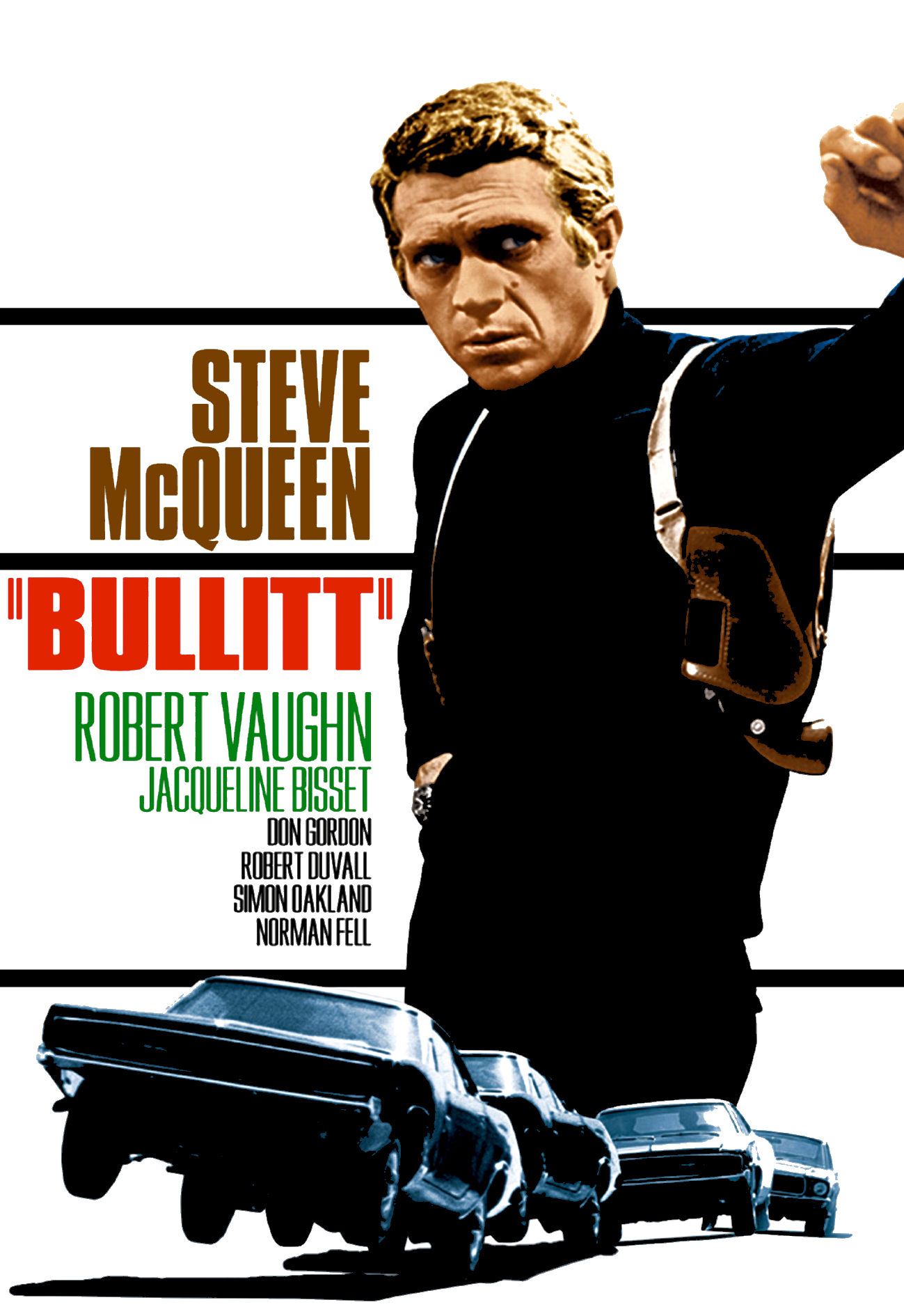 Bullitt is an award-winning film that showcases one of the most exciting car chases ever. The 1968 fast-back Mustang used in the chase scene recently sold at auction for 3.4 million dollars, and it was in rough condition. I will be reviewing the 2-disc Special Edition DVD of this movie.

Steve McQueen was one of the coolest actors ever who was snatched away from us before his time. Frank Bullitt was a lieutenant in the San Francisco Police force. He was one of the best of the best, so he was charged to protect a key witness in a mob trial. Of course, things went horribly wrong, due to no fault of Bullitt as the key witness was gunned down in one of the most violent and gruesome movie hits ever.

Frank Bullitt knew that something was not right, over and beyond the horrific killing of the witness and the critical wounding of a police officer in that seedy hotel room. In spite of being hounded and threatened by a opportunistic politician, Bullitt methodically set out to unravel the puzzle. His investigation led him to the assassins and the famous car chase that resulted in the fiery crash and immolation of the two hit men.

To go further into the plot of this movie would involve major spoilers, and I don’t want to do that even though this movie is well over 50 years old. This movie is complicated, and still not totally understood by everyone, as I determined in my research. The plot was indeed tangled, but pretty easy to follow if you pay attention. Peter Yates did a masterful job in making this movie, but he did not spoon-feed the audience.

Bullitt is a very slick and somewhat cerebral film with a European touch. Oh, there is action and gore, plenty of it, but also long stretches with little or no dialogue or drama, almost like a documentary. Of course, the film is highlighted by the two action chase sequences, the car chase and the airport showdown, but what holds this film together is the fine script and acting. Steve McQueen has never been better in the coolly efficient, but never flappable or reckless Bullitt. (EDITOR’S NOTE: What? That car chase was rad and the car blew up, for Goat’s sake!) I know, I know, but Bullitt had more style points than a Popeye Doyle, or even Dirty Harry.

I must also mention the stellar performance by Robert Vaughn as Chalmers, who was a villain on the “right” side of the law. His political ambitions, power and arrogance made him instantly unlikable and a big thorn in the side of law enforcement. To their credit, neither Lt. Bullitt or his superiors were intimidated and the eventual reveal on who really screwed the pooch was quite satisfying.

Bullitt is a great film, but not without flaws, many self-inflicted by the expectations of modern audiences. Jaqueline Bissett was nice to look at as Cathy, Bullitt’s GF, but her very presence was unnecessary and almost cringe-worthy. Some viewers had trouble with the pacing and the complicated, but not convoluted plot. For me, there was absolutely no problem, but this classic may not translate well for the comic book crowd.

9.0/10.0 With The Goatesians Rating of Steve McQueen’s Masterpiece