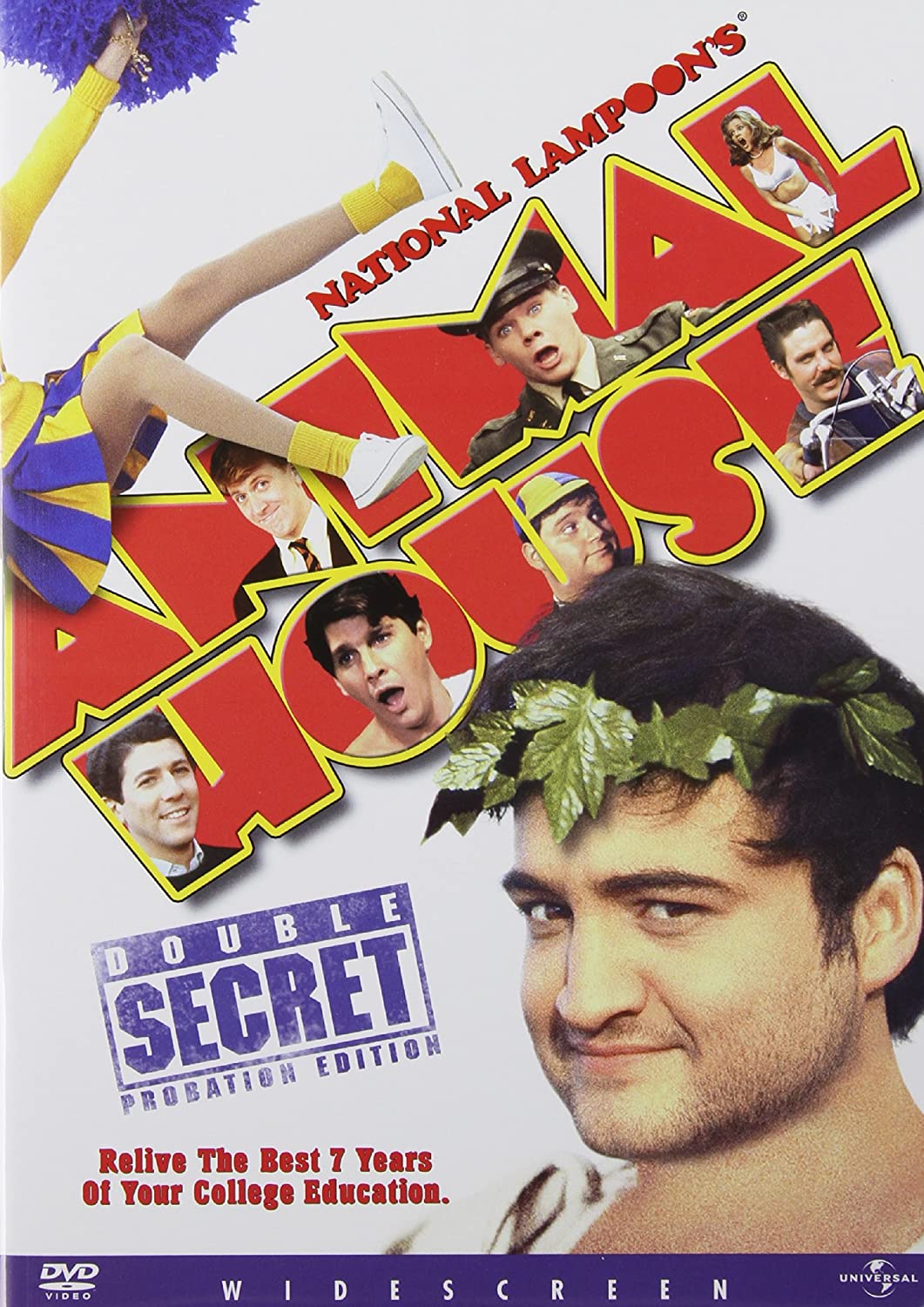 The greatest movie about college life ever made

Animal House is a movie that was not taken seriously when it was made. The expectations were low, and Donald Sutherland, the one big star, (Kevin Bacon’s first movie!) took a paltry lump-sum of $30,000 for his role in the movie. No university or college would let them shoot the movie at their campus until the University of Oregon gave them a break after someone read the script and thought it was hilarious. The movie was made and the rest is history. The budget for Animal House was around 3 million dollars. It grossed over 141 million dollars.

I attended a State University in the 60’s and I can without hesitation state that Animal House gets a 10.0/10.0 for accuracy in describing fraternity life during this era. Sure, this comedy was over the top and an outrageous caricature, but the drinking, partying with togas and gatoring, the poor grades and love of those black bands with big horns were real. I swear on the big White Cross of Sigma Chi that this is true. With Vietnam looming for most red-blooded males, there was no time to lose to get your party on.

Of course, a film like Animal House could never be made today. Animal House is rude, vulgar, violent (that poor horse), sexist and racist, and hardly a role model for a serious college student. This was a time when tuition and beer were cheap (3 qts. of Old Milwaukee Beer for $1 at Walgreens), fraternities were white and the girls still wore girdles and garter belts. The movie has not aged as well as other coming of age movies, but it is still side-splitting hilarious.

The Delta Tau Chi fraternity was by far the worst Greek house on campus at Faber University. Two freshman losers, Larry Kroger and Kent Dorfman (A wimp and a blimp) want to make the transition from geek to Greek and are invited to pledge Delta, as it was the only fraternity that would issue them bids. They were soon assimilated into the Deltas, renamed as “Pinto” and “Flounder” and participated in all the craziness associated with this “zoo fraternity”.

Vernon Wormer (Dean of Students), played brilliantly by John Vernon, had the Deltas on his radar screen for quite some time. They were already on Double Secret Probation and he wanted to enlist the help of the preppy and snotty Omega Theta Pi fraternity to kick them off campus forever. The Deltas were already reeling from previous infractions and poor grades, so a little sabotage from the House next door was designed to be the final nail in their coffin. Of course, the Deltas were their own worst enemies and rose to the occasion by having a forbidden Toga Party and getting Dean Wormer’s wife drunk (and laid).

After the toga party was consummated with all of its outrageous debauchery and alcohol, this was the final straw for Delta. Dean Wormer was ready to kick them off campus and have their charter revoked by National. A kangaroo court was assimilated by Dean Wormer, with the dreaded ROTC Nazi Doug Neidermeyer of the Omega House overseeing the sham of a final probation hearing, to get rid of the Deltas once and for all.

Well, the Delta Fraternity was sacked and a few of the members had to do something to take their minds off of the disaster. What could they possibly do to salvage this debacle? ROAD TRIP! Much to the chagrin of Kent Dorfman and his brother’s poor Lincoln Continental, Otter, Larry, Donald and the poor Dorfman procured some dates at a local Sorority House with the slick-talking and charming Otter leading the charge. Their encounter at the Black Honky-Tonk where Otis Day and the Knights were performing was one of the hilarious highlights of this comedy masterpiece.

The rest of the movie, including the payback for the insult was hilariously brilliant and I will not spoil for those who have not see this wonderful film about campus life in the 60’s. What made this movie so great was not just the acting, but the character development and teamwork among the participants. Most were relatively unknowns, so there were not a bunch of egos to work around. I cannot go further without mentioning the late John Belushi as Bluto, the ultimate fraternity ape. Belushi was also unforgettable in The Blues Brothers, the last big movie before his untimely death. He spoke but a very few lines in the movie, but his actions and mannerisms were devastating. John Verner was also magnificent as the long-suffering Dean Wormer as he totally owned his role.

In spite of its common theme, college life, Animal House was remarkably original and groundbreaking. The writers of this film were Harold Ramis, Douglass Kenney and Chris Miller. What they did was so effective in that they created and developed at least a dozen strongly defined characters. These were kids that the audience could identify with and care about. Some parts of Animal House may not have aged as well as other, but it remains the movie that kicked off the teen-styled comedies of the 80’s and beyond.

8.5/10.0 With The Goatesians Rating Of The Greatest Movie About Frat Life Ever Made