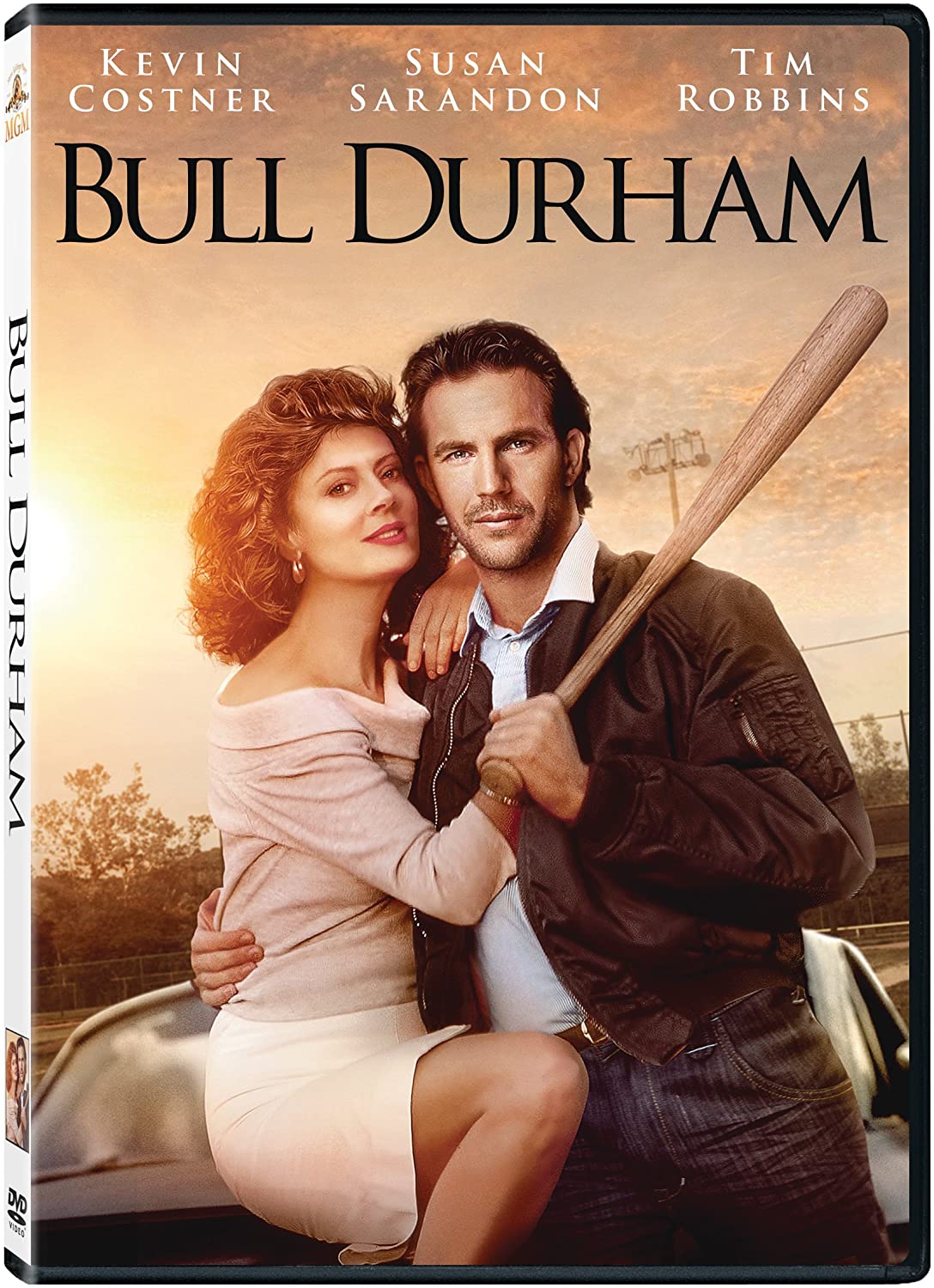 The hottest Baseball movie ever made

Well, it is springtime, or so I’ve been told. For those of you who don’t know me, which is pretty much all of you, I’ve been a baseball fan and junkie for a lot of my life. Not so much lately, but in the Golden Era of Mays, Mantle and Duke Snider, I was all in. I chewed the teeth destroying gum from the Topps Baseball Cards, and I lived across the street from Tim McCarver, of St. Louis Cardinals and broadcasting fame. I was a pretty good player too, but none of this matters now.

What does matter is that I have watched two really good baseball movies in the last 24 hours. Don’t ask me why, it just happened, and I am almost giddy with joy over both of them. Bull Durham is in the top tier of Baseball movies along with: The Natural, A League of Their Own, Moneyball and Major League (wild thang!). As long as I am on the topic, Bull Durham may very well be the best of the best, just because of the sizzling performances of Susan Sarandon and Kevin Costner. I will never turn in my Liz Taylor/Paul Newman or Liz Taylor/Richard Burton best couple card, but this one comes close.

Oh, O.K., back to baseball for a little while at least. Where to begin? I guess I will begin with the Durham Bulls, a minor league baseball team of ham-n-eggers with a loyal hometown following that includes a couple of serious female groupies. Millie will fuck anything with a penis, pulse and a glove, but Annie is a little more selective. Annie (Susan Sarandon) is not only a baseball savant, but she lives in a nice big house and is quite the intellectual. She is also just blisteringly hot, you know, the type of woman that you would sell your wife and kids into slavery for. Every season she picks one of the best players to be her Stud Muffin. She picks only the best, because the best are usually sent up to the majors the next season. It is a one year stand only.

The Durham Bulls are a lowly Minor League Baseball Team whose players and fans have no delusions of grandeur or even competence. You know, the type of team that travels on the road in a non air-conditioned bus and throws Kentucky Fried Chicken bones out the window. Things start to look up, however, with the simultaneous appearance of Nuke Lalosh (Tim Robbins) and Crash Davis (Kevin Costner). Nuke is a young, dumb, extremely talented rookie who is as wild and undisciplined as he is horny. Crash is just the opposite, being a seasoned veteran catcher who had actually been to the Major Leagues (The Big Show). Crash was brought to Durham to mentor the 6 ft. 5 inch flamethrower. He immediately had his hands full.

The Durham Bulls win, they lose and in this movie there is no magical bullet, serendipity, or reveal that precipitates a stunning turnaround for the team. The players, the managers and the baseball groupies are just playing out their own particular game with no accidental attempt to achieve excellence.

Bull Durham should never have worked as a movie, much less become perhaps the best Baseball movie ever, but it does. Like Moneyball, Bull Durham is not only a great sports movie, it is a great movie, period. The reason for this is one Susan Sarandon in perhaps the best effort of her career. Susan as Annie Savoy, elevated a baseball Groupie Slut to a high art form.

Annie chose Nuke for her season designated lover, but she was really after Crash, and their mating dance was a spectacle to behold. Bull Durham is a delightful comedy, a steamy love story and a great documentary look into the world of minor league baseball. Again I will say that even if you don’t give a Ruthless Reviews about baseball, this is a film that all adults can enjoy. It entertains with uncondescending joy and I highly recommend it.

7.5/10.0 With The Goatesians Rating of Take Me Out To The Ballpark, And Then To Bed.