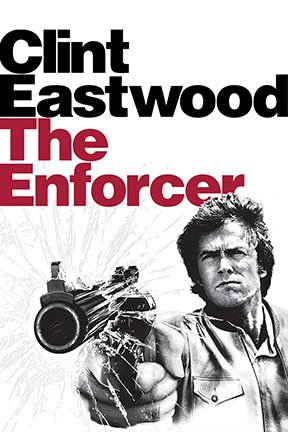 The “dirtiest” Harry of them all!

The “dirtiest” Harry of them all!

Harry endures militants, radicals and, worst of all, women.

The lead baddie, Bobby Maxwell (DeVeren Bookwalter) shares Harry’s love of the kill, a look of erotic rapture overtaking his face as he shoves his huge knife into a cop from behind in the movie’s opening moments, before blasting a second cop with his big gun. Bobby’s third victim, an old security guard in a later scene, also gets the long blade from behind, as does Harry’s latest doomed partner, Frank DiGiorgio (John Mitchum). Homoerotic or not, Bobby has a very distinct modus operandi. His fifth victim, and perhaps not coincidentally the first woman of the bunch, is dismissively shot, for expediency rather than pleasure. In the kidnapping of the Mayor (John Crawford), Bobby gets to use an M72 LAW rocket, his biggest phallic weapon yet.

A scene between Harry and his next doomed partner, Kate Moore (Tyne Daly), makes all this phallic weaponry jazz explicit when she says, “Every other cop in this city is satisfied with a .38 or a .357. What do you have to carry that cannon for?” “So I hit what I aim at,” Harry replies. “That’s why.” “I see,” Moore says. “So it’s for the penetration.” Unfortunately, this is, like all other glimpses into Harry’s sexuality, resolutely and disappointingly hetero.

At 18 onscreen deaths, it’s roughly only half as high as Magnum Force, but still more than twice the original Dirty Harry‘s embarrassing single-digit count. Harry takes out five himself, while most of the rest belong to Bobby Maxwell (the kid really is kill-crazy), with a couple along the way for our rookie, Kate.

Relatively early on, Harry drives a car through a storefront in order to defuse a hostage situation, then blows all three hostage-takers away, shooting one in the balls from behind as he flees up an escalator. Kate’s first kill is a nun with an enormous gun, certainly a novel victim, even if the death by gunshot is fairly ordinary. As always, though, the best is saved for last, when Bobby gets blowed up real good by Chekhov’s rocket launcher, established just minutes earlier when he dropped it while re-abducting the Mayor.

“You get cute, I’ll blow this lady all over you.” (Don’t threaten me with a good time!)

“This is my best suit jacket.” (Harry after being told to get on the floor by a punk with a gun.)

“I knew that guy looked familiar.” (An in-joke for fans of the series, as the guy in question is played by Albert Popwell, who had appeared as different characters in each of the previous two movies.)

“She wants to play lumberjack, she’s gonna have to handle her end of the log.”

“This is the Fillmore chapter of the V.F.W. Very Few Whites.”

“You about as welcome as a turd in a swimming pool.”

“That’s a seven-pointed suppository, Captain.” (Harry giving his badge to the Stupid Chief.)

“As I remember, last time we played as a team, I got the cue stuck in my ass.”

As always, Stupid Chiefs like Captain McKay (Bradford Dillman) are on Harry’s ass about liberal bullshit like reckless endangerment and excessive force. “The minority community’s just about had it with this kind of police work,” McKay blusters. “By the minority community,” Harry replies grimly, “I suppose you’re talking about the hoods.”

It gets worse when liberal do-gooder Mrs. Grey (Jan Stratton) comes in with her posse of bleeding-heart toadies, on orders from the Stupid Mayor to diversify the department by adding (ugh!) female officers. Harry bristles at the notion, dismissing it as “stylish,” while Mrs. Grey pointedly talks of “winnowing the neanderthals out of the department.” When Kate is presented as a candidate for one of the open positions on the force, Harry is hostile and skeptical of her abilities, especially when she admits she’s never made an arrest. “A woman’s place is in the home,” Mrs. Grey says. “Is that what you’re trying to say?” “What do you think this is?” Harry replies. “Some kind of encounter group?”

Meanwhile, the baddies are a pseudo-revolutionary group known as the People’s Revolutionary Strike Force, led by Bobby and his compatriot, Lalo (Michael Cavanaugh), who don’t really believe any of the “For the People” bullshit they’re peddling. Stupid McKay is fooled by the revolutionary posturing, believing the PRSF to be a group of “black militants,” while Harry sees the truth: they’re just a bunch of hookers and hoods. If that weren’t bad enough, the Stupid Chief then saddles Harry with his first female (doomed) partner! Kate repeatedly insists she is up to the demands of the job and doesn’t want any special treatment because she’s a woman, but Harry almost immediately has to save her life (and pretty face) by pulling her out of the way of rocket backfire during a demonstration.

It doesn’t end there. Harry suggests Kate stay out of an autopsy room for her own good, but like the uppity woman she is, she tells him not to concern himself… then quickly has to run out, nauseated, at the sight of something so mild as a brain being removed from its skull. Women! This is closely followed by a casual illustration of just how much better men are suited to real police work when Harry and Kate spot Henry Lee Caldwell (Tim Burrus), a bombing suspect, outside the Hall of Justice. Harry leaps over a railing to chase Caldwell, while Kate has to run around it because of her dumb lady-skirt, slowing her down so badly she ultimately has to watch most of the eventually roofbound chase from the ground.

Even as he endures the horrible curse of femininity tainting his beloved police work, Harry is beleaguered by the growing rift in modern society, a division between moral crusaders like himself and the punks and hoods bred and coddled by pencil-pushing liberals in the highest ranks of power. “It’s a war, isn’t it?” Frank’s soon-to-be widow says to Harry as her husband struggles for life. “I guess I never really understood that.” Damn right it’s war, and not even traditionally trustworthy institutions like the Church are safe anymore, with “progressive” priests like Father John Voss (M.G. Kelly) demanding to see “credentials” and calling Harry “a disgrace to the city” just because Harry was roughing up a punk in his church.

Father John turns out to be more than just a bleeding-heart, but actually a “very militant” priest who runs a prison reform program, so you know he’s not to be trusted. Sure enough, Bobby Maxwell reportedly “never missed a session” of the program, and Father John has been harboring this criminal scum and supporting the PRSF’s war against society. Ironically, the black militant group Uhuru is being persecuted by the rest of the force for the PRSF’s crimes, while they are in fact peacefully “waiting for all you honkies to blow each other up so we can move right on in,” as the group’s leader, “Big Ed” Mustapha (Popwell), explains their philosophy to Harry. Between pseudo-revolutionaries, black militants, women on the police force, and the growing “war” on traditional values, The Enforcer is really a perfect storm of Stupid Political Content.

One of the all-time stupidest. After blustering to Harry about bullshit, reassigning him and desperately trying to emasculate him with threats of taking his badge throughout the movie, the last thing we hear is McKay on a megaphone telling the flaming wreckage that used to be Bobby Maxwell that the Mayor’s ransom money is waiting for him and all his demands have been met. As in the previous two movies, Harry walks away from the whole thing in disgust.

Certainly not as strong as the previous two, but still very enjoyable. This is the only Dirty Harry movie that was not scored by Lalo Schifrin, and he is missed. Jerry Fielding’s score is serviceable but too busy and distracting at times, particularly in the Henry Lee Caldwell foot chase scene, and lacks the propulsive menace of Schifrin’s scores for Dirty Harry and Magnum Force. Tyne Daly is quite good as Kate Moore, and Albert Popwell gets his juiciest role yet, but the villains aren’t as intriguing as Scorpio in Dirty Harry or the vigilante gang in Magnum Force, being just in it for the money and lacking the convictions of the vigilante gang or the all-out madness of Scorpio. In that way they are like Jeremy Irons’s gang in Die Hard with a Vengeance, but not as colorful as any Irons character is naturally going to be. Solidly entertaining, though, and doesn’t overstay its welcome at 97 minutes.

Fuck yeah. For the second movie in a row, Harry ends up using a weapon other than his beloved .44 Magnum to blow up the Big Bad, for maximum fiery destruction and audience titillation.

Women have their place in law enforcement, and that place is six feet underground.