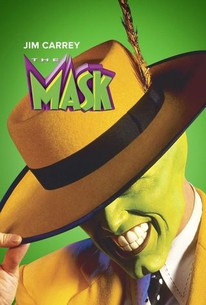 It is over-stating the obvious that actor Jim Carrey is an acquired taste. He has a legion of fans that adore him and probably an equal number that find him as annoying as Forrest Gump. Love him or hate him, it cannot be denied that Jim Carrey has some serious, unique talent. Carrey has starred in stinkers like Ace Ventura: When Nature Calls, inexplicable but hilarious films like Dumb & Dumber, Bruce Almighty ,and Oscar worthy performances like Eternal Sunshine of a Spotless Mind and The Truman Show. He was magnificent in the otherwise failed Grinch, but the part he was born to play was Stanley Ipkiss in The Mask. Jim Carrey has never, ever been better.

Stanley Ipkiss works at a bank and suffers from tunneling self-esteem. He is a doormat, last in luck and love and abused by his boss, his co-workers, the auto repair shop and his landlady. After a disastrous night trying to hook up with his friend and the girls at a night club, he is on a bridge and contemplating jumping. He spots something in the water that he thinks is a body, but is actually a mask that will change his life forever.

The Mask was originally slated to be a horror film, which is hard to believe, but it quickly metastasized into something much more enjoyable. Just as the physical mask is released from its watery grave of mythology, Ipkiss is also transformed. After donning the magical face-hugger, Ipkiss is whirl winded into an over-the-top hybrid caricature of a jet-propelled Looney Toons character and a Marvel Superhero. These scenes of transfigurement are the highlights of this movie with Jim Carrey’s talents harvested to perfection.

Let’s face it, the plot was pretty comical and ludicrous but there were some great performances other than Carrey’s. This was the first movie for Cameron Diaz, and she was smoking! Peter Green as Dorian was a creepy and scary villain (Zed in Pulp Fiction!) and did a remarkable job of giving this movie substance beyond the enjoyable slapstick. The real hero and scene-stealer was not even a human, but Milo, Ipkiss’s Jack Russell Terrier. The Mask also had a Stupid Chief, the one and only Peter Riegert (Animal House) as Lt. Kellaway, the pajama sleuth, hot on Ipkiss’s trail from the beginning.

The Mask is a guilty pleasure, a wall-to-wall grin and Jim Carrey at his best. It is not a Top 10 Comedy, but it is a movie that I can recommend without hesitation.

Free to watch with commercials on Tubi

7.5/10.0 With The Goatesian Rating of Guilty Pleasure To Watch