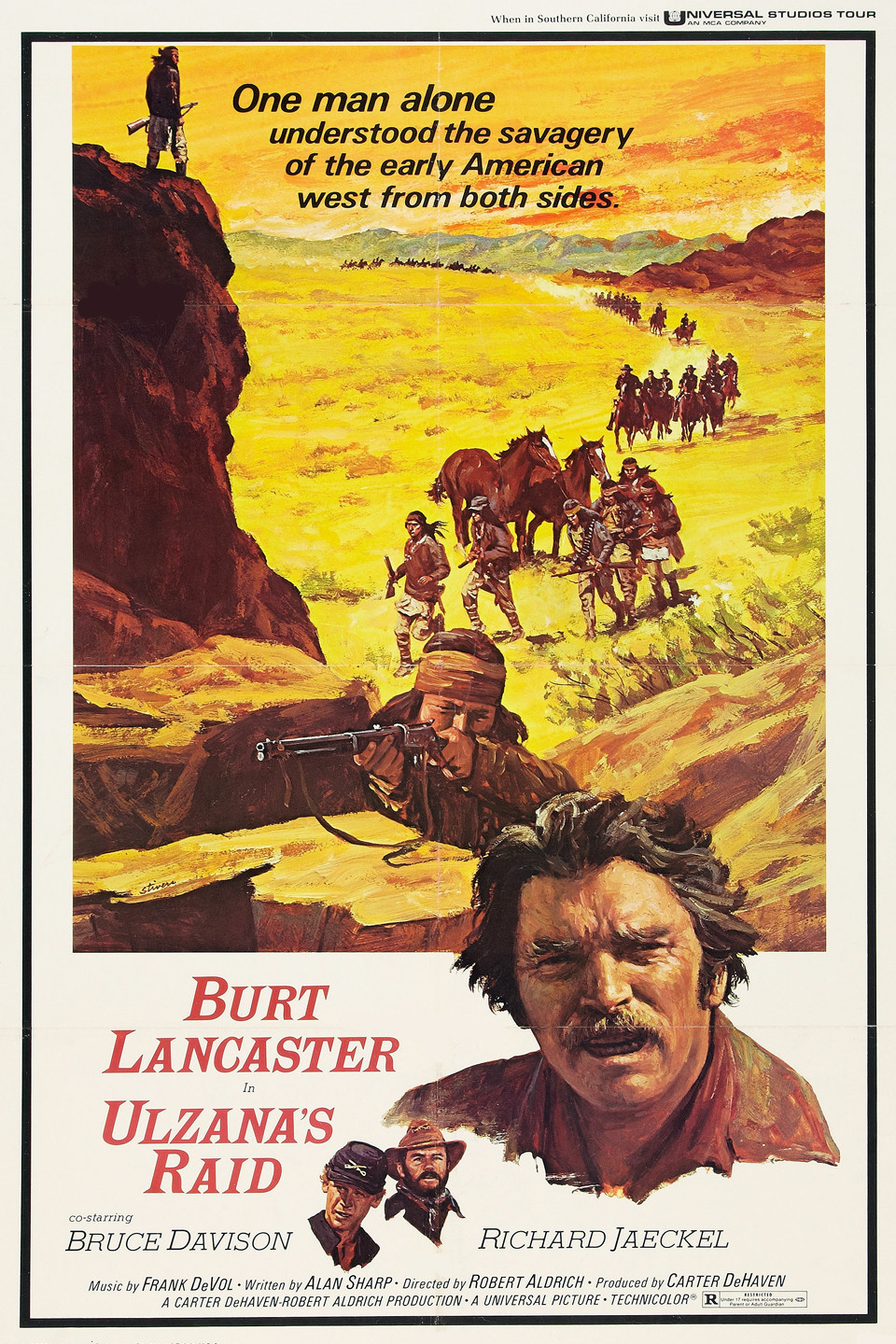 They might be a huge hit, win a boatload of Oscars, and get cracking reviews and yet… I’d rather read the Koran than take a gander.

Maybe you feel the same. Maybe there’s a flick or two you can think of that the prospect of sitting through leaves you cold.

Dances with Wolves fits this category for me, partly because I regard Kevin Costner as little more than a competent, blandly handsome actor, but mainly because I suspect it’s a super-earnest flick served with a hefty dose of gag-inducing political correctness. Now you might find my next comment slightly askew, but I prefer the people in my Cowboy and Indian movies to behave horribly. I want Indians to slaughter and get slaughtered coz, you know, that’s the sort of thing that makes a movie fun. Why would I wanna learn about the richness of their culture? If I fancy that, I’ll get a library book out.

Perhaps I’m being grossly unfair. Maybe Sioux courtship rituals or the intricate skill needed to make a teepee are a much more interesting watch than whitey getting scalped. After all, I haven’t seen Dances with Wolves so it’s dumb to have a pseudo-opinion on it. Maybe if I do ever get around to it, I’ll love its illuminating three hours. Who knows? I’m just saying it doesn’t appeal.

Robert Aldrich’s Ulzana’s Raid, however, is a different bullet-riddled kettle of racist fish. This is exactly the sort of gory shit I want my unenlightened, unreconstructed antagonists to get up to. Here the cowboys never consider they’re invaders who’ve stolen the Apaches’ land while the fucked-over Indians get to indulge, of course, in some awesomely mean payback. And so we’re treated to arson, torture, blind racial hatred, helpless women getting shot between the eyes, suicide, livers being ripped out of still warm corpses, gang rape, naked terror, and not one trace of Costner anywhere. Even beloved pets don’t make it out of this one alive.

This is no tawdry piece of exploitation trash, though. In fact, it’s got a tremendous script, topnotch acting and masterful direction. For all its violence, the story couldn’t be simpler. The granite-faced, near-silent Ulzana (Martinez) and fifteen or so other bucks break out of  an Arizonian Indian reservation, sending a collective shiver of fear through the local white folk. At a nearby army post the young, inexperienced Lieutenant Garnett DeBuin (Davison) is given the job to warn anyone in the marauding war party’s path, as well as track down and deal with the aggressors. Helping out is an aging, laconic scout, McIntosh (Lancaster), and an Apache tracker, Ke-Ni-Tay (Luke).

Realism’s the name of the game here and boy, does Ulzana’s Raid nail it. The bursts of intense action are expertly staged, especially any stunt work involving the horses. There’s also a fantastic attack on a wagon-riding woman and her young son in which the defending trooper, obviously knowledgeable of how Apaches like to amuse themselves, makes the most chilling, instantaneous decisions I think I’ve ever seen.

However, at the movie’s heart is an attempt to understand, explain or at least come to terms with the nauseating savagery. Mackintosh respects and fears the Apache, but crucially doesn’t hate them (“Be like hating the desert coz there ain’t no water on it”). This is in stark contrast to the rest of the seething troopers whose clamor for reprisals grows ever fiercer with the discovery of each atrocity.

The idealistic DeBuin is caught in the middle, convinced a ‘lack of Christian feeling toward the Indian’ is at the root of the problem, and apparently unaware of his creed’s long history of cruelty committed against individuals, groups and even countries.

“Why are your people like that?” he asks Ke-Ni-Tay after finding a pinioned homesteader with charred feet and a dog’s tail sticking out of his mouth. “Why are they so cruel?” The Apache tracker is unapologetic about his brethren. “It’s how they are,” he replies. “Always been like that.”

Pressed further, Ke-Ni-Tay explains Ulzana has lost power while being kept in the reservation and needs to reinvigorate himself by ‘taking power’ from every man he kills. The more a man suffers, the more power Ulzana takes. “Here in this land, man must have power,” the tracker adds.

It’s an explanation, but not enough to satisfy the troopers’ growing thirst for blood. Soon they’re mutilating an Indian corpse, an act of barbarism that causes the outraged lieutenant to drag them off. The watching McIntosh offers a typically pithy observation.

“What bothers you, lieutenant,” he says, “is white men behaving like Indians. Kinda confuses the issue, don’t it?”

Ulzana’s Raid would have to be among the best Westerns of the 70s. You can find a Vietnam War allegory hiding within if you want, but I just think of it as a supremely tense slice of cat and mouse nihilism.