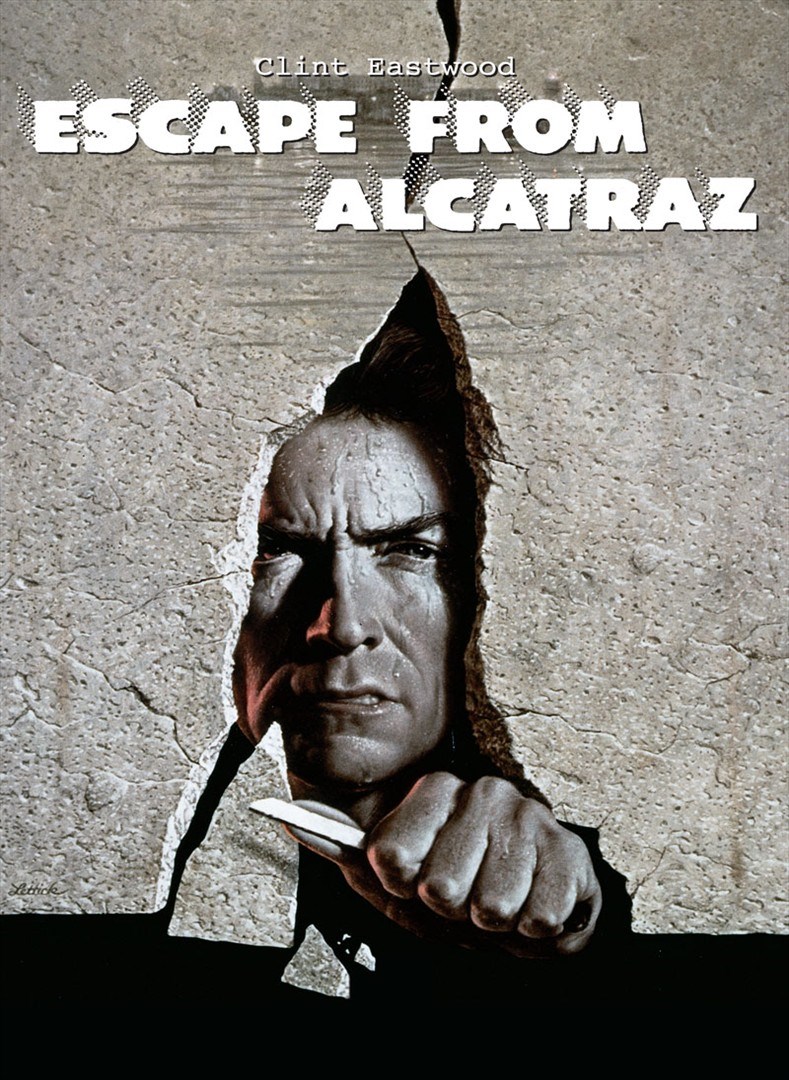 Four men try the impossible-Escape from The Rock

We have discussed this many times, the separation of the actor from the person and the person’s politics and religion. In the movie review world, except for rare occasions like the aging Queen Rex Reed, an actor or director’s greatness overwhelms whatever personal shenanigans that he or she might harbor in real life. Nevertheless, Clint Eastwood has a lifetime pass, and rightfully so.

Alcatraz, especially if you have ever been there, and I have, is an intimidating spectacle. It was the last stop for career criminals, a place so formidable that it withered any hope of the incarcerated escaping alive. We will never know if of the 36 men who attempted escape, 3 made it. This film was the story of 3 who might have, John and Clarence Anglin and Frank Morris. This Clint Eastwood movie is the greatest Alcatraz story ever told.

This is 1960 in San Francisco and in Alcatraz for Frank Morris. He is a career criminal who has attempted to escape from many prisons, so he is sent to Alcatraz. There is no escape from this island of hopelessness. Many have tried, but all have failed. Alcatraz was located on a small island in San Francisco Bay. The water is frigid, the currents are swift, and there are 11 species of sharks that make the Bay their home. If you try to escape, you are either caught, drown or are eaten by sharks.

Escape From Alcatraz is not really an action film, even though there is plenty of action. The movie focuses on the story-telling of the rituals and rules of life in this harsh prison. What Escape lacks in action, it more than makes up for with outstanding character development. The villains, heroes and tragic heroes are easily identified, especially the sadistic and cruel warden, played by Patrick McGoohan. We also had Wolf, a dangerously unhinged prison bully played convincingly by Bruce M. Fischer, who had designs on Clint. You knew how this would turn out, as Clint is never anyone’s punk.

Frank and 3 other inmates plan an elaborate and ambitious escape, trying to take advantage of the crumbling infrastructure of the aging prison. This is the very essence of this fine movie, not the escape itself, but the meticulous planning and nerve-wracking close calls that these inmates encounter on their quest for freedom.

This movie is the last of 5 that Don Siegel made with Clint Eastwood of Dirty Harry fame. Escape From Alcatraz was not a big blockbuster hit like some of the others, but it is one of my favorites. Siegel moves the suspense along scene by scene, and the musical score from Jerry Fielding perfectly complements the use of light and dark to amplify the tension during the breakout.

Escape From Alcatraz is a must see if you are either a Clint Eastwood fan or one of great prison movies. This film is available “Free To Me” for members at Prime Video.

8.0/10.0 With the Goatesians Rating of Yet Another Clint Eastwood Winner