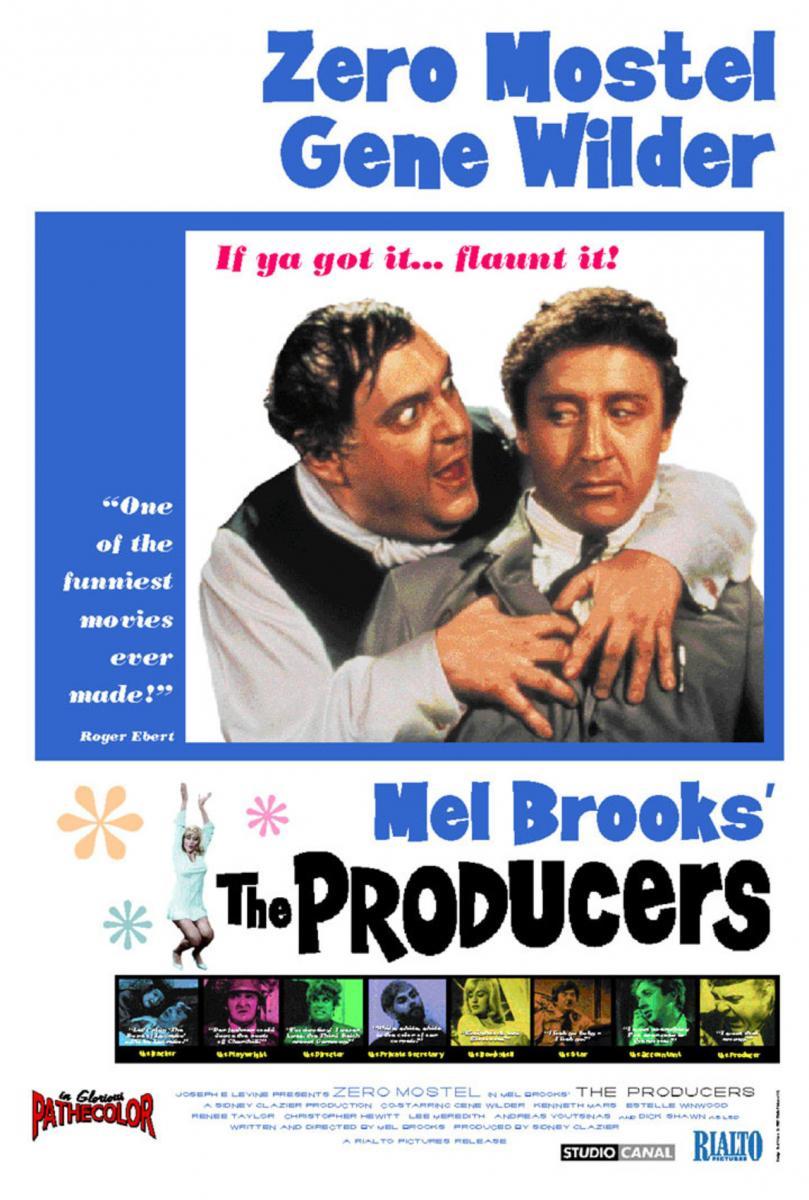 A movie that shows ‘the true Hitler, the Hitler with a song in his heart’

Comedians often suck when they try their luck on the big screen.

They might be established stand-ups able to sell out 3,000-seater venues or a much-loved part of Saturday Night Live, but something invariably starts to stink during their feature-length stuff. To be fair, it’s very difficult for any performer to make consistently funny flicks. There are anomalies, such as Woody Allen’s 70s work, but most of the time we get a string of unfunny flops or mediocre time killers from the likes of Ricky Gervais, Dan Akroyd, Russell Brand, Chris Farley, Adam Sandler, Tom Green et al before they retreat to a banal sitcom. For every Arthur there’s a Best Defense, Blame it on the Bellboy and Wholly Moses! Eddie Murphy initially looked to be a wonderful exception before going on to typify the unfunny comedian adrift in a sea of cinematic dross. Paul Hogan, anyone? Even the great John Cleese only managed three outstanding comedies in half a century.

I don’t know why so many comedians flounder. Perhaps it’s a straightforward inability to get their hands on a top-notch script packed with quotable one-liners, but I suspect it also has something to do with being an actor first and foremost, someone who instinctively grasps the importance of timing. My sole reason for that (pretty weak) suggestion is Gene Wilder. His background wasn’t comedy but that doesn’t prevent him from getting my vote as the funniest guy in 70s cinema, especially his sheep-loving turn in Everything You Always Wanted to Know About Sex.

His collapse into dudsville during the 80s (the awful Haunted Honeymoon, the strained See No Evil, the fitfully amusing Woman in Red) still makes me a bit sad, but nothing could besmirch the reputation he forged during Mel Brooks’ holy trifecta of The Producers, Blazing Saddles and Young Frankenstein. Some people are pretty damn fond of Willy Wonka, too. In terms of significance, pop culture, sustained humor, quotability and legendary performances, these movies cannot be criticized.

Or rather they can, but if you take the trouble to look up the dictionary definition of twat it will inform you that’s someone who doesn’t rate Mel Brooks’ holy trifecta of comedies.

Anyway, after a minor role in Bonnie and Clyde, Wilder got his big chance to shine as a colluding accountant in The Producers. Filmed less than twenty-five years after the end of World War Two, it was arguably the first time anyone had taken the piss out of the genocidal Third Reich at length, an approach that certainly brought strong condemnation from some quarters.

With its dancing Hitlers, naughty stable boys, unreconstructed Nazis and dips into ‘little old lady land’, it remains a sublime viewing experience, as well as testament to the power of ridicule and a sly, affection-laced commentary on the pretensions and excesses of theater. Wilder plays Leo Bloom, a nervous, over-sensitive man prone to hysterics. He’s sent by his firm to audit the books of the rapidly fading, cardboard belt-wearing Broadway producer Max Bialystock ( Mostel) and quickly comes under the older man’s corrupt influence.

“I’m a nothing,” Leo realizes. “I spend my life counting other people’s money, people I’m smarter than, better than. Where’s my share?”

Together they cook up a scheme to rip off a multitude of investors by putting on a deliberately dreadful show called Springtime for Hitler. It’s in such monumental bad taste that they can’t envisage it doing anything other than folding after one tumultuous night, thus enabling them to keep all their backers’ money.

Like the vast majority of Wilder’s comic creations, Leo is sweet-natured, a characteristic typified by the way he’s still carrying a comfort blanket. Even when things turn to shit and prison beckons, the best insult he can muster is to call his perverter a ‘fat fatty’. Throughout Producers he provides a perfect foil to Max’s seedy, much more grasping nature as shown by their contrasting approach to sex. Apart from wooing rich old dears all day long, Max is happy to use the investors’ money to treat himself to a mindless, gyrating, sexpot secretary who barely speaks a word of English.

Leo, however, can only stare open-mouthed at her, obviously helpless before her voluptuous femininity. It’s not much different when he meets the play’s flamboyantly gay director, Roger De Bris (Hewett). The timid Leo is mortified, prompting him to deliver one of the movie’s best lines. “Max…” he says in a neutral voice through clenched teeth while blankly staring into space, “he’s wearing a dress.” The poor guy. He even gets flustered when inadvertently putting a hand on the bare ass of a marble statue.

In his only Oscar-nominated acting turn, Wilder might be overshadowed by the grotesque Mostel but he still manages to deliver laugh out loud moments, as well as put in place all the comic mannerisms that I came to love over the years. Here we get the manic bursts of enthusiasm and panic; the drawn-out pauses in which half a dozen emotions cross his face; his eyes sliding left or right as he can’t believe what he’s just heard; and a sober, professional demeanor that frequently disintegrates into childish tantrums.

The Producers might have spelled ‘winter for Poland and France’, but it was also the fertile beginning of one of cinema’s greatest comedians.

Wilder was in bloom.