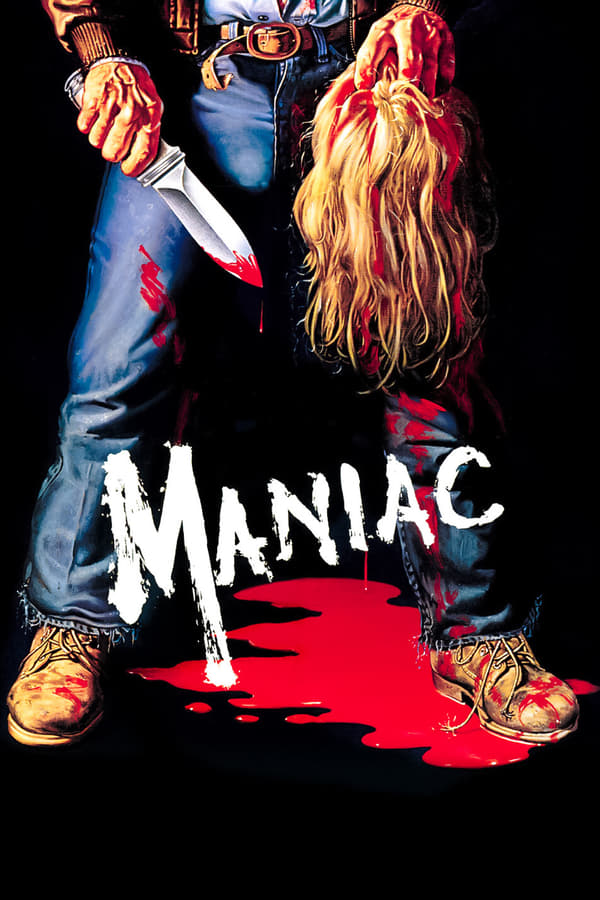 A New York gent practices an interesting cure for dandruff

Joe Spinell was a hemophiliac who bled to death in 1989 in his early fifties. Throughout his 17-year film career, he overwhelmingly played bit parts, but had an extraordinary knack for picking the right projects. We’re talking the first two Godfather and Rocky movies, as well as Taxi Driver, Sorcerer, and Cruising. Pretty good, huh? The reason he rarely got a starring chance was probably down to his lack of a leading man’s looks: he was a heavyset, mean-looking bastard born to play loan sharks, enforcers, and bent cops.

However, once the post-Halloween slasher boom got underway, there was a market for the less photogenic type, resulting in Spinell finally taking front and center in the controversial Maniac. Here he plays a mother-obsessed, scalp-harvesting serial killer roaming the Big Apple. Not the sort of role you could see Robert Redford going for, you know?

Frank Zito (Spinell) doesn’t have much of a life. No job, no friends, no hobbies, and a pudgy body that’s fast slipping into heart attack country. At least he has a roof over his head, even if it’s a shabby, one-bedroom apartment. Somehow, though, he’s getting plenty of female attention.

Wait a minute, there’s something up with those ladies draped around his place. They’re not exactly the life and soul of the party. That’s because they’re mannequins, dummies with badly fitting, nailed on wigs and blood-streaked faces. Well, who needs bingo, TV or the pub when you can instead play dress up with the clothes and scalps of butchered hookers and talk to them all through the night?

Maniac is the antithesis of glamour, one of those late seventies/early eighties flicks determined to present a decaying, graffiti-daubed New York as the preferred hangout for the most fucked-up criminal scumbags on Earth. The whimpering, beanie-clad Frank is not some highly intelligent, publicity-loving outsider who gets off on baiting the cops. With his sweaty, doughy face, rambling impersonations of his mother, and compulsion to penetrate flesh, he’s little more than a sorry, woman-hating loser. “Fancy girls in their fancy dresses and their lipstick, laughing and dancing…” he moans and half-sighs to no one in particular before handcuffing himself to a bedded mannequin for the night. “But you stop them, don’t you? I can’t stop them, but you do, don’t you? Then they can’t laugh and they can’t dance anymore.” Murder doesn’t even improve his mood, often reducing him to a state of victim-blaming, babbling incoherence. Frank, however, is comforted by possession. His ‘ladies’ can’t leave, and warding off loneliness appears to be his one true driving force.

This is not a perfect movie. It’s weakly written and has much implausibility, especially when Frank strikes up an instantaneous, respectful friendship with a gorgeous fashion photographer. I also dislike his occasional displays of Herculean strength, lifting one garroted victim off his feet, and the nonsensical shock ending.

However, I do like him morphing into a camp hairdresser, mock-chiding a mannequin for the state of her hair as he enthusiastically brushes it. “It’s just a little blood,” he tells her. “It’ll wash out.”

Maniac has plenty of gruesome violence, especially its notorious shotgun decapitation in a car. There are also some suspenseful sequences (such as the stalking of a nurse) and an extremely seedy atmosphere, boosted by Spinell’s full-blooded, whacked-out performance. Zito is a creepy, pathetic killer, carrying on like a sex-obsessed Apache chubster that’s somehow wearily wandered into the wrong century.