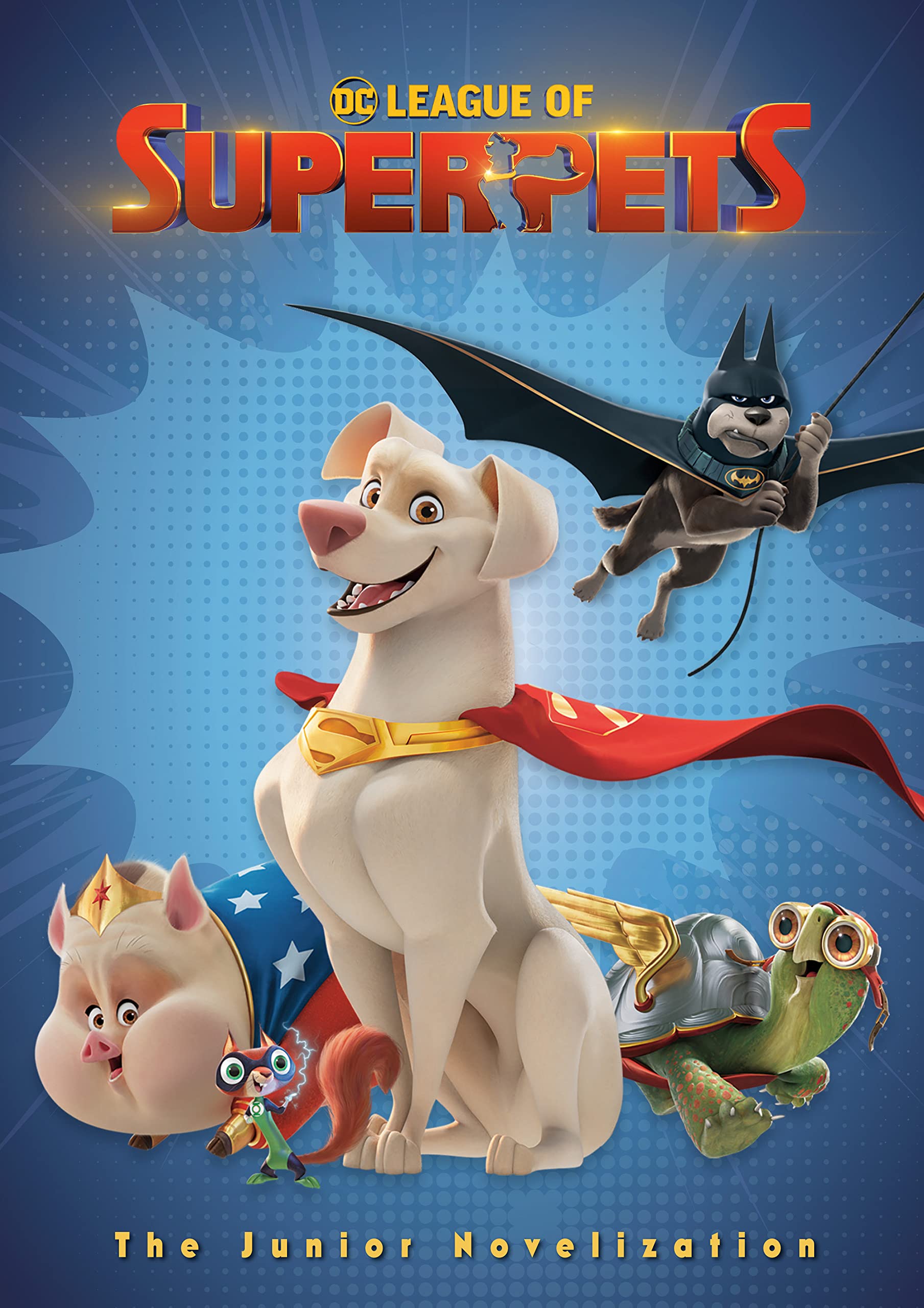 The DCEU only wishes it could be like Super-Pets

Now that my son is double-digits old, he’s within shouting distance of the point where he is no longer the target audience for movies like DC League of Super-Pets and I’m going to have to start writing my own reviews of these flicks. But, not yet. What I will say is Warner Brothers really needs to take a hard look at the DCEU because arguably the best two DC super hero movies since The Dark Knight are two animated films in Super-Pets and The Lego Batman Movie. Now, without further ado, a ten-year old’s musings.

Alright. Let’s talk about the League of Super-Pets and the Star Wars hamster.

Yeah, the guinea pig who had the force.

Is it a guinea pig or a hamster?

Let’s go back to the beginning. What is the plot of DC league of super pets?

So, Superman and Superdog, aka Krypto, when they were like super little, like babies, their home planet imploded. Err, exploded, sorry. They had to leave and they landed on Earth. And they’re super heroes and they fight crime and stuff.

Did you know that the planet Krypton always explodes in the beginning of every Superman movie?

That’s superman’s origin story. That’s how he gets from his home planet to earth. Except this time they put a dog in the ship with him.

So, tell me more about the movie. After they fight some crime, and…

Alright, um, so…Superman – or Supes – is gonna get married and Krypto doesn’t know that.

Who is Superman getting married to?

Like every other Superman movie, he’s in love with Lois Lane.

So, how does Krypto feel about that?

He feels like he’s left out. So, Supes – Superman – goes to an animal shelter to find Krypto a friend.

That’s really nice. Does he find a friend there?

Kinda. Yeah, but Krypto is still alone after that. Like, they didn’t find a friend to adopt.

Tell me about the animals that were in the shelter.

And? You’re missing one.

We’ll figure it out. Do the animals have names?

Kinda. They gave them nicknames, but it took a while.

The pet you’re missing is a turtle.

Do these animals have super powers?

Not yet? How do they get super powers?

So, the hairless guinea pig made a trash ray [giggles uncontrollably]…and she wanted an orange piece of kryptonite, and the orange kryptonite gives things powers.

The orange kryptonite only works on what?

Cool! So, what powers do the animals all get?

They got all different powers.

Fire resistant. Fire proof. And the turtle was super-fast. [chuckles] The squireel got lightning powers, like he can shoot lightning out of his fingers.

Is like Ant man. He can be any size.

The cat can shoot missles out of her butt. [giggles]

And tail and paws?

And the hairless guinea pig?

And Krypto’s powers, are they the same as Superman?

So, who’s the villain in the movie?

Did the guinea pig have a name?

And what does the guinea pig want to do?

Take over the world.

Do the other animals follow the guinea pig, and they’re her minions? And Krypto has to fight them all?

No. No, the other animals in the shelter are Krypto’s new friends. But Supes didn’t like adopt them.

So who does help the villain?

And other guinea pigs.

Because the guinea pigs all get super powers. And Superman gets locked in a cage. On a rocket. And the other superpower people that are not animals are the Justice League. The human Justice League.

So do they stop the guinea pig army?

Oh! What happens to them?

They also get locked in the rocket.

Who’s your favorite character in the movie?

The cat? Because she can shoot missiles out of her butt?

That does sound awesome. What did you like about the movie the most?

I liked the superheroes. I liked that they made guinea pigs also super.

Is there a moral of the story for kids to learn?

And what does he have to learn to be able to succeed?

He has to learn teamwork.

Was there anything you thought they could do better in the movie?

I dunno. I don’t pay attention to that stuff.

What DO you pay attention to?

Uh, if I like it. And I pay attention to the movie itself.

I thought you were going to say butt missiles.

Have you seen any other DC movies?

I saw the Wonder Woman sequel. And Lego Batman.

Lego Batman. And then Superpets.

And then Wonder Woman?

[sighs and falls back on the couch]

It’s worth probably about $20.