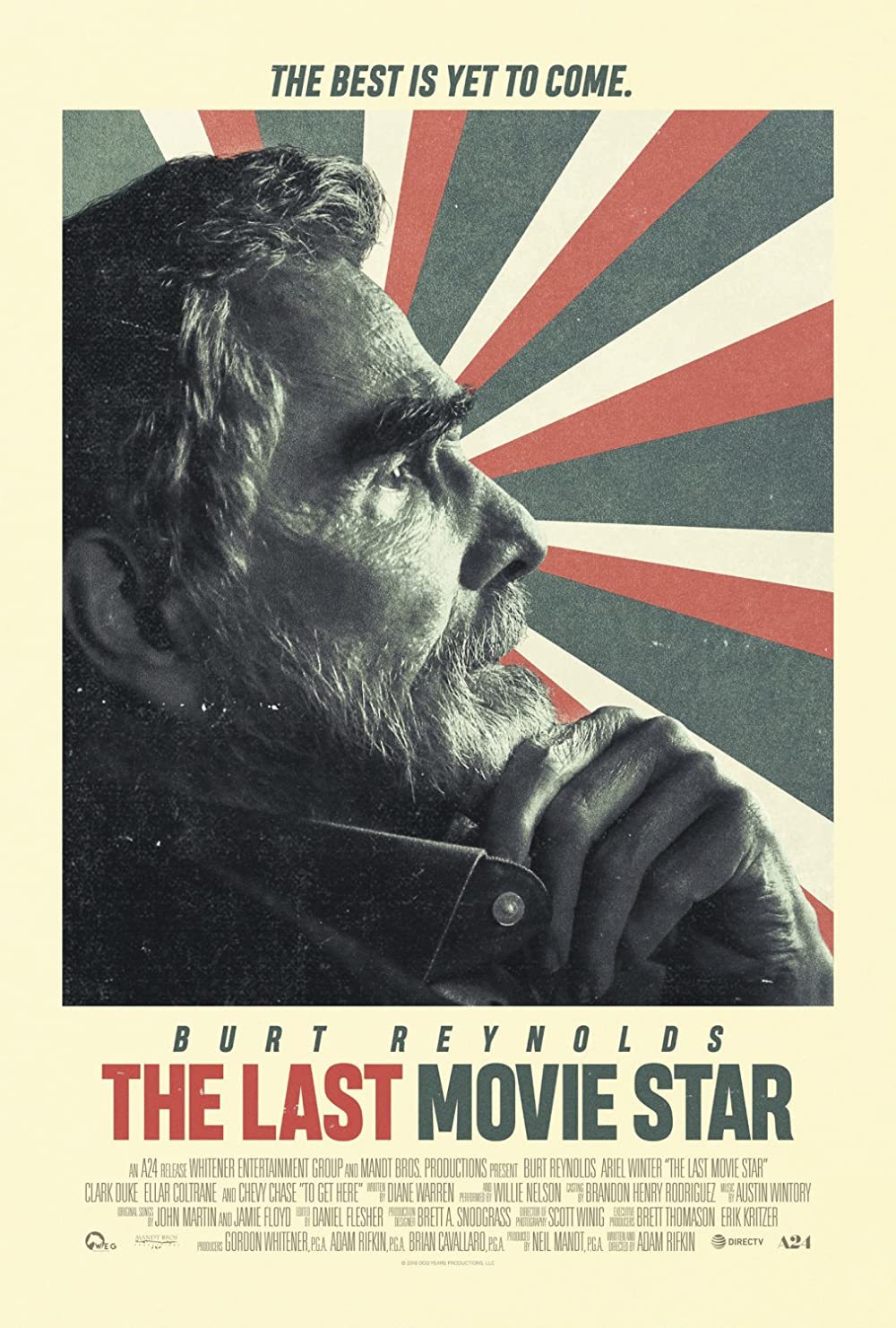 “Oh, what it might have been” was lamented in real life and brought to life in the wonderful and heart-breaking film, The Last Movie Star. I was skeptical of this movie at first, and yes, it was hard to watch from the very beginning. There was a scene that most pet owners and lovers have been through. It is not easy to say goodbye to your loyal and loving mutt. I knew that I was on a ride with this one, and not a comfortable one.

Vic Edwards was an aging has-been movie star who received an unwanted and suspicious expense-paid invite to a film festival. He was to be honored with a Lifetime Achievement Award to join the ranks of Eastwood and DiNiro. Urged to attend by his friend and fellow actor Sonny (Chevy Chase), who has never looked worse, he finally decided to fly to Nashville to accept his award.

His doubts about the legitimacy of this “award” were immediately confirmed as he arrived in Nashville. He was picked up not by a limo but by a skanky-looking Goth THOT who had the better part of her ass hanging out of some ragged denim hot pants. The luxury hotel was a Motel 6 and the film festival was at a dive bar, organized by enthusiastic, but basement-dwelling fanboys. Vic was not impressed, got totally soused, insulted his hosts and exited.

Instead of coming back for the next night’s session, Vic instructed Lil to drive him to Knoxville for a trip down memory lane. This is the beginning of where a cringe-worthy movie and its characters flip a hard to watch film into something beautiful.

The trip to Knoxville has many reveals, reveals that I will not spoil in this review. I will say that Vic and Lil soften, expose their own missteps, foibles and frailties to bond in quite satisfying turnaround. Lil is haunted by her bad choice in men, and Vic is haunted by his career choices and dubious 5 marriages. He does, however, have one true love and one devastating regret. Ariel Winter was just wonderful as Lil in this movie. She was just an annoying slut at first, but quickly developed into a strong character and ally for Vic. Their relationship (not sexual) was one of the high points of this movie.

I really have to give it to director Adam Rifkin for his use of flashbacks that featured the old and young Burt Reynolds, seen through Vic’s mind’s eye. Vic and Lil visit some of Edward’s childhood and college memories in Knoxville and these shots are very well orchestrated. Before he was a movie star, he was a football star for the University of Tennessee until a knee injury ended his promising career.

The visit to his childhood home and the nursing home that housed the love of his life were some of the tear-jerking highlights of this film. Eventually, Vic and Lil made their way back to Nashville, where his fans were still patiently and loyally waiting for him, in spite of his earlier insults. This film is all about redemption and fulfilling the loose-ends that are almost never re-tied after the mistakes and heartbreaks of a lifetime. Vic acknowledges both his fans and his mistakes. The ending is quite satisfying.

I don’t like to use my review time to rail and complain about other critic’s reviews of movies, but the professional and user ratings of this film are an outrage. 46/100 at Metacritic. Really? I just do not understand. The user reviews at IMDB were much more in line with my thinking, but like many of the 80s Action Movies, the Burt Reynolds films are automatically set up for a failure. He addresses this in this film as his “bad choices”, but that does not excuse the failure to give credit for this best ever performance for Burt Reynolds. He died 5 months after making this movie. R.I.P., Bandit, R.I.P.