The Exorcist: Theatrical or Extended Cut? 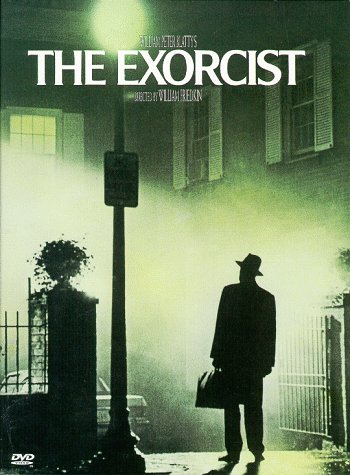 A teen-aged girl is possessed by a clever demon

Considering that he also made The French Connection and To Live and Die in LA before and since, quite why William Friedkin continued to appear at speaking engagements featuring The Exorcist, decades after the fact, is a matter of trivia that perplexed me without spurring a thirst for answers. I devoured the extras and featurettes, putting a stop at hearing further justifications as to why his original cut was once (rightly) the superior version. It was a decision that opened a rift between him and author William Peter Blatty, and prompted a 2000 extended release to become the ‘mea culpa’ to mend their friendship.

Their point of contention was mostly centered on the ending, but lost in the row was that other parts may have used more attention. To wit, when the prologue in both cuts concluded with the face-off between man and demon, it produced a powerful image though one not fully evocative of its potential. For a film that warranted a belated restoration of its omissions, this scene still required a prequel in 2004 to provide context. The real crime here? It was in Blatty’s book all along and nothing retconned in a standalone revision, as with the sequel.

Yet, with every milestone anniversary, Friedkin’s bravado came off as reliably reminiscent of Trump’s braggadocio and elongated intonation to a tee. Especially when Blatty was nearby to be reminded of his redundant ending. Funnily enough, what the bickering duo realized was splitting hairs, at heart, appeared more a case of the pot calling the kettle black.

But few are the films that continue to inspire inquisitiveness days after the credits rolled, and fewer still are those that send one scouring map contours for details as innocuous as the existence and location of a flight of steps. That might still be a solitary highlight, and near its end, but the rest of The Exorcist leading up to that point is worthy of merit on its own. Much was said of its reputation as a viral phenomenon, its impact on public imagination, and its ascension to iconographic stratum.

Nearly a half-century on, it endures. Most infuriatingly, the most bandied words announcing it have come to exemplify a banality uninterested in scratching beneath its surface. Lost amid the hysteria, outcry and accolades were the engineering feats that brought its repertoire of special effects to life. Its cinephilia was manifold: a film actor in transit as its lead; a film buff detective sniffing for a lead; and a marketing ploy that leveraged the headwinds of moral outrage. The scariest movie of all time. If The Exorcist must be scary, surely, something greater than what blasphemy and obscenity once did to common sensibilities must emerge from the rubble of collective outrage.

And must it be a horror, there has to be something other than the involuntary diatribes of a stricken child, puffing miasma and profanities with equal potency. Detractors say that, with society moving steadily away from religiosity and filmmakers more toward the application of CGI, the film has become dated, and this leads me to question if everyone is seeing the same film.

But The Exorcist is a beautiful film. Not in the narrative sense—a storytelling standpoint which lends itself to uplifting resolutions. And depending on which ending one wished to align one’s own worldview with, two distinct films exist to satiate both the cynics and idealists walking among us. On one side, we have the itinerant showbiz duo in Georgetown, DC. This central arc involves the suspected possession of the prepubescent daughter (Blair as Regan) of a film actress (Burstyn as Chris MacNeil) in town for a production. On the other, a prologue in Iraq’s deserts exudes looming omens with a priest-archeologist (von Sydow as Father Merrin) finding a discovery and abruptly departing for home. A third thread shows another Georgetown resident (Jason Miller as Father Karras) in tandem with Mrs. MacNiel’s; a Jesuit priest-psychiatrist’s assignment away from a sickly mother in New York.

Following an exhaustive, laborious quest, an exorcism is sought as a last resort before a conclusive argument for a possession is vetted. The honor given to the church is not by any virtue of credibility; merely their willingness to take the job when other avenues exhausted their utility. It’s a leap of faith circumventing a fall from grace for the skeptic Karras, and it gives rise to an arresting climax. But of the myriad of conclusions ten more minutes of film could produce, few are as counterintuitive to a logical resolution as an appendage grafted onto an ending, now prolonged by latching on to peripheral characters a degree or two removed from the ordeal. Because if detective Cobb must have one cinephile-priest friend to replace another, why should MacNiel not re-enter the dating pool? And be shown playing a watered-down footsie with Karras considering the circumstances? It could be a glance, but love is known to sprout amid tragedy.

In the theatrical cut, our attention glides between MacNiel’s and Karras’ threads as they’re fleshed out, suggesting a headliner’s prominence for both. These main threads unspool in a perfect unison that the new cut fails to recapture with the interruptive inclusion of an extended battery of medical exams Regan undergoes. Still, the film is at its zenith when it employs a swiftness in transitioning between actions and settings, especially early. Repeat visits to the same location are rare, for one, while staying moored to some locales. That opening sequence illustrates that. All understandable given the narrative demands, with the added irony of involving an incomprehensible calamity that necessitates leaving no remedial stone unturned.

There’s a documentarian feel to how, before colliding, the storylines of Karras and MacNiel take turns coming to the fore then going on the back burner. Even their first encounter is one-sided, showing MacNiel eavesdropping on the priest behind cover. Whereas this foreshadows an eventual meeting between the two, exemplifying one of the older continuity tricks, it highlights an early snappy rhythm that is substituted with the slow, encroaching tide of jolts in the long stretch of scenes that follow. There’s a measured pace there, but in between establishing the story and an excruciating process of elimination, the film’s fabled moments dominate.

Again, overshadowed by those scenes’ enduring legacy are our apprehensions during the quieter moments, when the racket subsides. There is a beauty in that, in spite of this trial, life goes on. That there is upkeep to attend to. That Mrs. MacNiel goes to sleep across the hall from an unknowable menace. That this uninvited guest, upstairs, dozes off too. And that the residents, and the help, of all people, don’t abandon ship during the ordeal. Most of all, praying hands and kneeling figures were gestures exclusive to the ordained. The film is scariest when at a standstill; when glimpses of the mundane pierce through the procession of shocks like a false beacon. Still, life’s locomotive chugs along. So much so that life’s other problems are allowed a turn to seep through the wails and shrieks with a drama and a murder mystery complementing the confounding supernatural episode.

Throughout, the film places contrasts of disparate extremes in opposition. It channels—and exists between—antiquity and modernity, the investigative thrust of scientific inquiry and the abrupt dismissiveness of superstitious beliefs. “Regan is manifesting three distinct personalities,” Karras declares, to which Merrin retorts, “There’s only one,” before having even met the subject. There is a compelling contrast of how the professed atheist—spoiled for choice for medical care access—is paired with the leery clergyman with no immediate recourse to his mother’s failing health on top of a crisis of faith.

In a bigger twist, their first encounter would, in retrospect, resemble an open-air confessional, with MacNeil receiving the priest’s astonishing misgivings. The common areas of the MacNeils’ house become a makeshift command room, and Regan’s bedroom a battlefield barren of every vestige of domestic utility; and the girl, gradually stripped of youthful vivacity. By the final confrontation, that room transforms into the frigid portal to an infernal chasm. Hell has frozen over, with nobody asking for the moon. There’s a Gothic melancholy, understated in the autumnal mystique, and submerged underneath the bodily levitations, telekinesis, and poltergeist disturbances. The Exorcist is perhaps a study in faith. And perhaps the story of a budding romance; a match made in heaven—now a matrimony aborted at launch only to end prone, bloodied and quivering at the bottom of some steps in death’s final throes.

All told, perhaps it’s only a pro-faith film, knowing its writer. Except that, going by its climax confrontation, any measure of conviction yields to further confounding. Because, with Regan remembering none of the events, what is a detective to say on his case file now with a repeat homicide? With innocence somewhat restored but not entirely intact? Perhaps, it’s a study in faith, all along, and the disparate individual reserves of conviction, including the absence of which, altogether. The belief in one’s diagnosis as a medical professional, suspicions as a law enforcer, or a Nazi hunter, even. The least obvious aspect it teases out is Karras’ and MacNeil’s outlooks converging to a degree that, by the end, the staunch atheist is nudged toward a milder agnosticism, with the skeptic salvaged from a lifetime of inner turmoil.