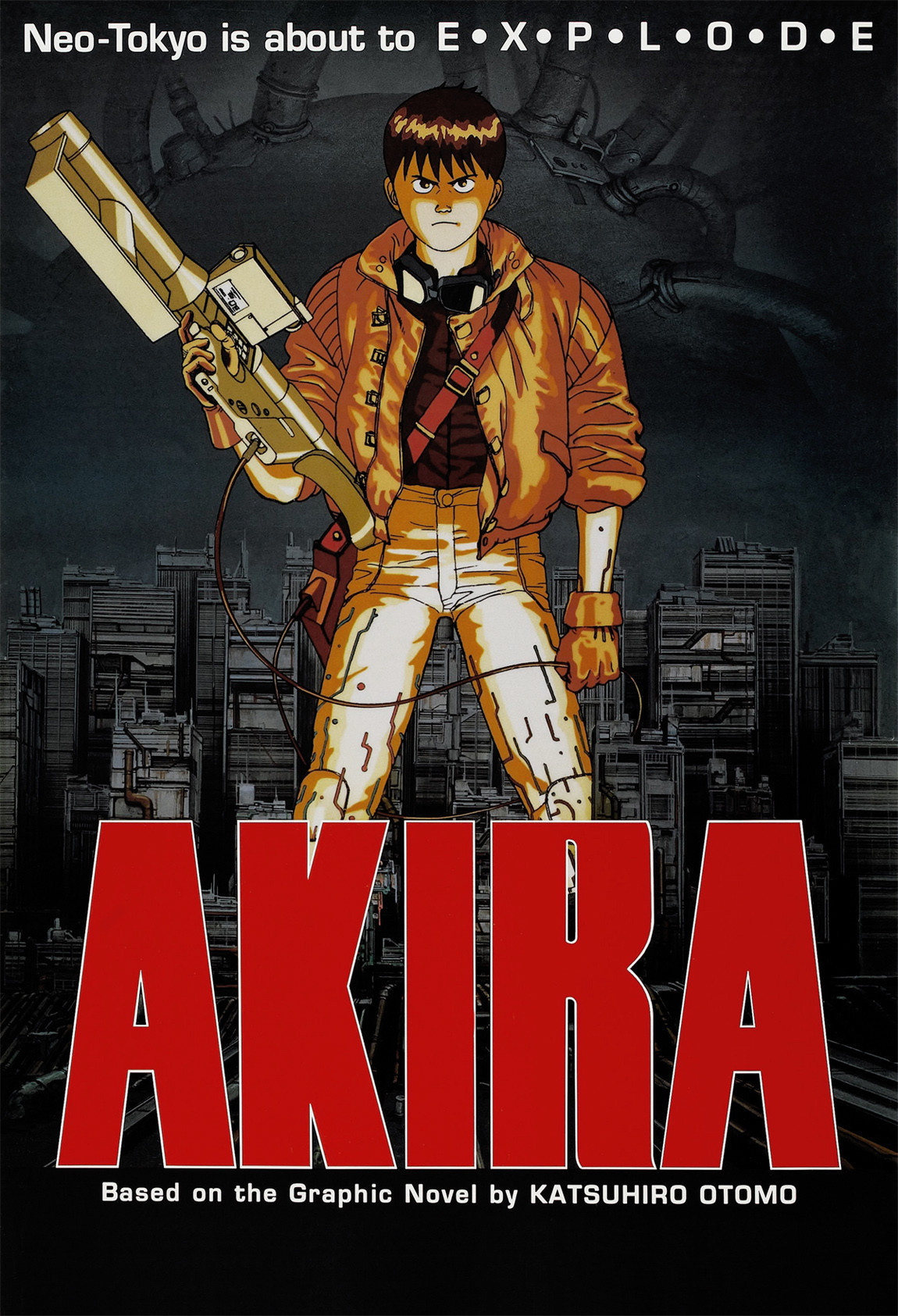 Neo-Tokyo is in danger. Anime to the rescue

Some movies just blow you away. Whether it’s because of a great story, superb acting or stunning visuals (preferably all three, of course), there are films out there that just leave you staring, with eyes wide and an open mouth, in an almost childlike bewilderment. Avatar did that to me, as well as some entries of the now pretty extensive catalog of Marvel-movies. The Matrix. Interstellar. Even Wall-E. There are many more, but today I wanted to tell you about Akira.

It’s a Japanese anime film that was released in 1988. When I first saw it, I never even heard of anime. I just saw the cover of the video in the store and thought it looked cool, so I rented it. And was subsequently gob smacked. (I love that word.) It was simply and truly amazing. Ever since I was a kid, I liked watching cartoons, but this was on a whole different level. This movie is a trip, and a BIG one. You’ll understand what I mean by that when you see it.

When it came out there were no computers to speed along the production process of such movies, so the whole movie was drawn by hand. Just to give you an idea of how much work went into it, consider this: every second of the movie consists of twenty-four multi-layered frames, the movie is two hours long and thus holds some 172,000 frames! Every single one drawn by hand! It’s mind-boggling, and it shows. The level of detail is amazing, the lighting is amazing, and the city of Neo-Tokyo, where the story takes place, looks… well, otherworldly.

Technical details aside, what is this movie about, you ask? Well, that’s a very good question, because it’s about many, many things. Akira is first and foremost a cyberpunk-movie, but it could also be classified as a coming-of-age film and an action-packed science-fiction flick. The story revolves around two life-long friends, Kaneda and Tetsuo, both young punks and members of a motorcycle gang, that terrorizes the city and goes to war with other gangs. Neo-Tokyo is the city that rose from the ashes of the original one, after some devastating disaster turned the old city into a smoldering pile of rubble. One day, after fighting some members from a rival gang, Tetsuo crashes his bike when he tries to avoid a strange little kid-person that appeared out of nowhere. He is then taken by some shady government agency that starts to perform all sorts of weird experiments on him. This leads to Tetsuo gaining some impressive psychic powers that keep getting stronger and stronger, until he can no longer control them.

I’ve read some other reviews in which people much smarter than me also point out underlying themes of corruption, capitalism and the Japanese paranoia about nuclear weapons, but I don’t want to get into that right now. I may no longer be young, but I’m still pretty stupid, so I leave that to others.

Since that first time, I have seen Akira many, many times, and I truly enjoy it every single time. There are several versions out there, some with the original Japanese dialogue, and at least two different English spoken ones.

I know how much fun it can be to read and/or write a review that totally trashes a movie, and of course, some movies deserve that, but I really can’t say anything bad about this one. It’s utterly brilliant, in every single way. Just go see it. I surely recommend it.