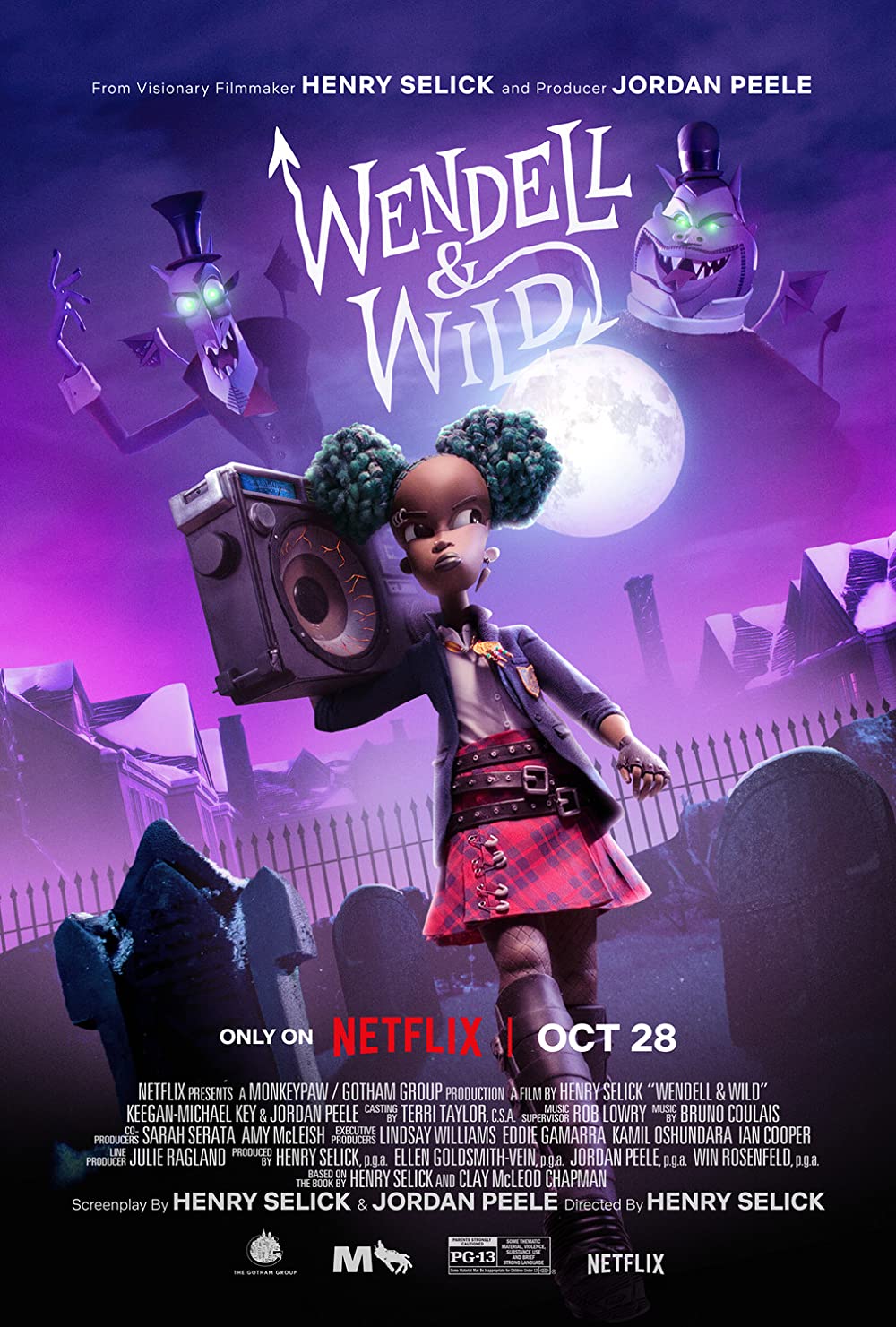 A juvenile delinquent, two demons with daddy issues, a priest, demon hunters, zombies, corporate executives, and the devil clash for all the reasons.

A juvenile delinquent, two demons with daddy issues, a priest, demon hunters, zombies, corporate executives, and the devil clash for all the reasons.

Just because Wendell & Wild is pretty doesn’t mean it has coherent writing. Surprisingly, Jordan Peele co-wrote this mess with Henry Selick, based on an unpublished book by Henry Selick and Clay McLeod Chapman. The story is a convoluted mess of underdeveloped story fragments. The main character is a troubled teen named Kat, sent to an all-girls Catholic school in the abandoned town of Rust Bank. Wendell & Wild are two demons stuck putting rejuvenating hair cream on their father’s (who may or may not be the devil) hair, but who want to redesign the amusement park that is hell. A corrupt corporation wants to raze Rust Bank to build a private prison. The school’s janitor hunts demons. All of these plot lines (and more) slam into each other like the vehicles of a 65-car pileup on an icy highway during a blizzard. With a story like that, it’s easy to understand why the book remains unpublished.

Voice acting will never garner an acting nomination, nor should it.

Selick directs, making it really easy to pin the blame on him for a chaotic wreck of a film that somehow manages to be boring.

The one redeeming quality is the marvelous aesthetics of the stop-motion animation. Credit to Selick for at least realizing successful visuals, creating a unique look through a combination of physical modeling and stop-motion software. Unfortunately, the combination of great visuals and abysmal storytelling completely drowned out the score and featured songs. I remember hearing music, but none of it stuck.

Given the difficulty and patience required for stop-motion, it’s possible to see a production design, editing, or visual effects nomination. Plenty of garbage movies with big, loud, special-effects have received technical category nominations. But, there is no chance Wendell & Wild is the best animated feature of the year.