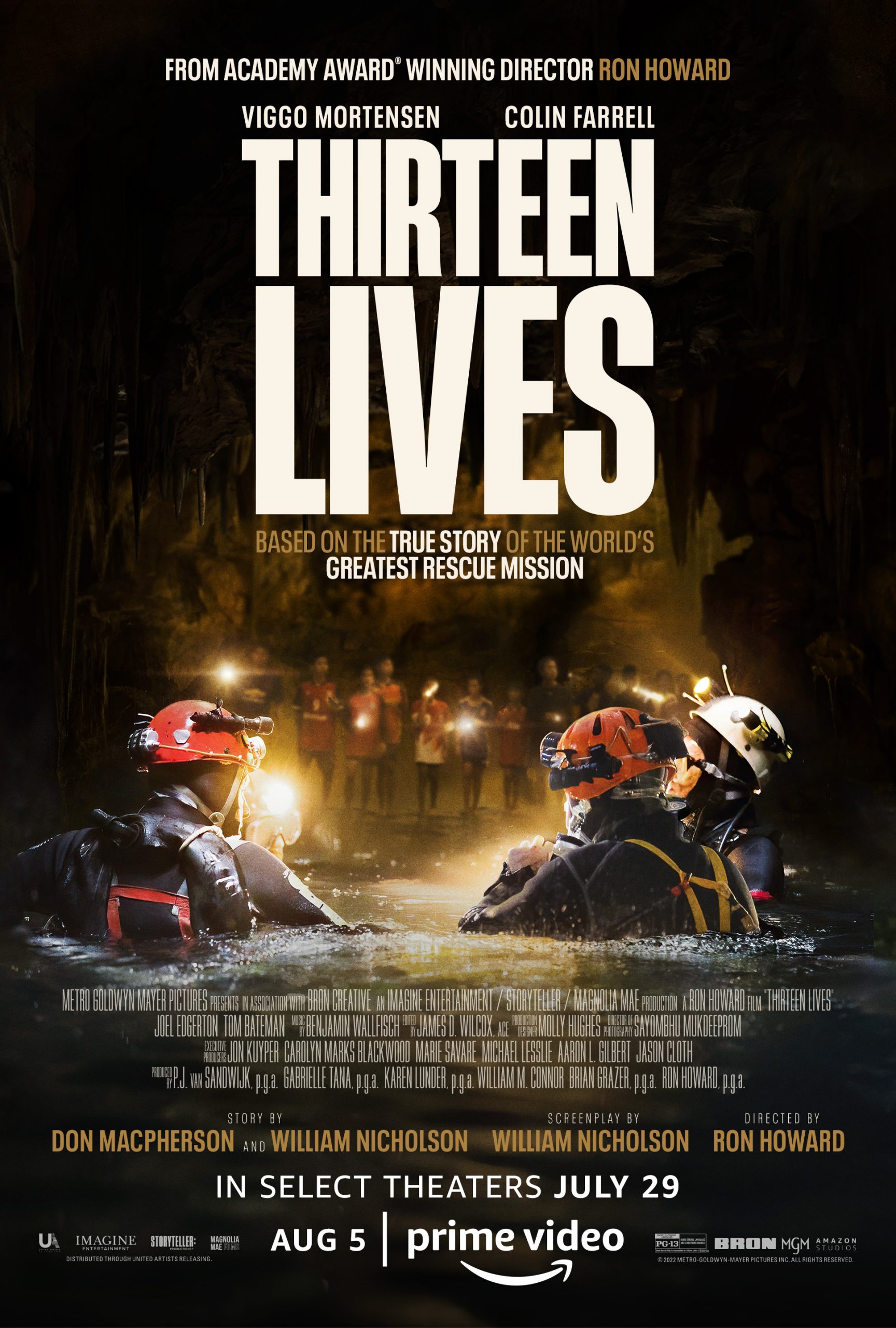 A rescue mission is assembled to save a soccer team trapped in a cave.

On June 23, 2018, twelve boys and their coach were trapped in a flooded cave system in northern Thailand. Given the recency of the event, extensive coverage at the time, and the known outcome, the movie practically writes itself. The only challenge is writing something to convince the audience not to skip to the end of the story. William Nicholson achieves this by focusing his screenplay on the lead divers, the harrowing details of the cave’s makeup, and eventual rescue plan. Until seeing this movie, I had no idea what the divers did to rescue the boys and I still have trouble believing it worked. In short, the story grabbed my full attention.

Viggo Mortensen and Colin Farrell absolutely nail their performances as divers Richard Stanton and John Volanthen, respectively. Between the two, I give Mortensen the edge. His Stanton is bluntly honest, apologetic, and in despair about the situation, sometimes all at the same time. There is no better example of this than when Stanton and Volanthen return after initially finding the boys, and Stanton expresses his feelings at discovering the boys alive (they found the boys ten days after they initially went missing). Joel Edgerton as diver/anesthesiologist Richard Harris deserves an honorable mention, delivering a performance rivaling Farrell’s, but doesn’t appear in the film until deep into the second act.

Ron Howard washes off the stink of Hillbilly Elegy to create a compelling survival film in Thirteen Lives. Armed with Nicholson’s screenplay, Howard humanizes the divers and fleshes out a story that, to the vast majority of us, was only a few headlines. Howard handles the various aspects of the event with the respect everyone involved in the rescue deserves.

Throughout the film, Howard splices in cave schematics to make sure the audience never forgets how truly difficult an operation the rescue was. Plenty of attention is also paid to the various equipment used during the operation, as well as visuals of various parts of the cave. The cinematography elicits feelings of claustrophobia, sometimes to the point where the audience literally holds its breath. The music and sound underpin these sensations to create a tension that lasts throughout the film.

Mortensen and Farrell could get acting nods, but like I said, I lean towards Viggo. Howard might crack a top twenty list for directing, but not a top five this year. I always respect the difficulty of adapting real events into movies, but the screenplay is in the same boat as Howard’s directing. If anything, cinematography has the strongest case for a nomination.