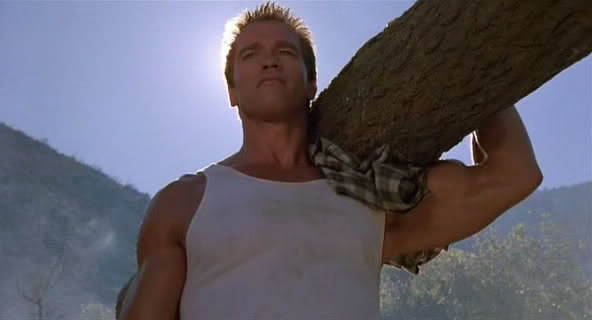 So, where do you take a 3-foot-tall wooden cock? Anywhere you want, right? I thought so, but its not that easy. I was scared shitless to take the cock in public. Even in a city as open-minded as New York, I have no idea what will raise the ire of the random person on the street. Images of being chased out of lesbian bars by bull dykes dressed like janitors wielding motorcycle chains, or being beaten to death with hymn books on the steps of St. Patricks Cathedral by crucifix-wielding parishioners, have haunted me for weeks. So, for the last four months, I have had legitimate — albeit convenient — excuses not to head out with the big bastard while it has sat in its box waiting to be unleashed on an unsuspecting populace. I am not really one to assign personality characteristics to inanimate objects, but in this case, I make an exception. The fucking cock has been downright impatient, anxious and champing at the bit to get out and about among the people. It begs to be shown the town. It yells that it needs attention. It demands sweet release, and I cannot in good conscience let this noble beast suffer any longer.

However, even in a neighborhood as liberal, flexible, accepting and kooky as Park Slope, you still dont know exactly how people are going to respond to a man carrying a 36-inch-tall wooden cock over his shoulder like a .50-caliber rifle. Its just not done. Theres a fucking elementary school around the corner, and while everyone around here professes to be high and mighty liberals, there are plenty of people prudish enough that they would fit in with an Amish quilting bee. Even though women openly breast feed their children in restaurants, gay couples hold hands and kiss, people fuck in Prospect Park under the moonlight during the summer, and there are around five AA meetings a day in the neighborhood, carrying a giant phallus is still a little disconcerting to some folks. Its a giant cock, and there is no hiding, no parsing of words and no pretending. In essence, when you take this fucker into public, you are inviting scorn, disapproval, shock, hostility, the occasional closet case who drools on it, and all the pro-sequences and consequences that come with it.

So, the first thing I noticed when I left the apartment was my next door neighbor, frozen at her front gate on the sidewalk, mouth agape in a mask of almost complete and utter shock, staring at me and the cock while I was locking the door. Across the street, a couple holding a stoop sale slowly rose from their seats and stood eyeing the beast as if it were a troll that had decided to take a shit in the middle of the street and then empty their fridge of beer. A man walking his dog slowed and had to pull up on the dog as he lowered his sunglasses and gawked as if he saw Mary Kate and Ashley Olsen fucking the corpse of Pol Pot on my front walkway. I did not just feel naked, I felt in danger.

I nodded to my neighbors, who slowly nodded back, then I hoisted the bastard over my shoulder and headed on my way. As I approached the corner, two black women walked towards me in conversation. As they took notice of the cock, they stopped talking and with mouths open in apparent shock and/or horror, they just stared and slowed their walk to a crawl as I walked by. The looks and reactions from random passersby on the street were not much different. Stroller Nazis carting around their broods and random couples did double-takes while people in cars slowed to a crawl. No one hurled any insults, but I could feel eyes on me and I swear, for an instant, I felt like Winston Smith on his way to Room 101.

An Afternoon With Mom

Now, understand, this is my usual haunt. My roommate bartends here on the weekends during the day, so I figured it would be a safe haven for my first day and night out with the cock. Unfortunately, I forgot to tell him that I would be bringing a big wooden dick to his bar, and was caught off guard when I found a replacement bartender in his place. Turns out my boy was playing softball with his Bleacher Creature buddies from Yankee Stadium and getting shitfaced on the Upper East Side.

The bar was empty save for what I took to be the usual gaggle of Stroller Nazis with their silent and emasculated husbands in tow, chatting about how there needs to be a stroller bar in the neighborhood so I can get a beer, too. My blood ran cold, and I felt my own cock shrink as if it had been doused with ice water.

I sat at the bar, ordered a Budweiser and was immediately quizzed by the baby-faced bartender.

Dude, he said, what the fuck is up with that?

It needed to be aired out.

He served me my beer and I told him about how, while under the influence, I volunteered to cart a 3-foot member around town and write about its experiences traveling through New York.

I feel like a retard, I said. I should wear a hockey helmet when I go out in public and be given gold stars every time I go to the bathroom on my own.

Either way, youre my hero. That thing is awesome!

He could not take his eyes off of the thing, and I swear I caught him making eyes at it. Nor could the gaggle of mothers sitting in the far corner of the bar. They continued their conversations about diapers, overpriced pre-schools, and polite liberal politics, but they would look over out of the corner of their eyes with a curiosity that seemed at once intimidated and turned on. Like horny wenches just wishing they could eject the children from their lives and briefly run back to a time when they could swallow cock with impunity, I caught them eyeballing the beast that sat on the floor.

As time went on, I sat on my stool idly watching the ballgame, and I clearly heard a woman say, Tell me, what is it with the penis and why did you bring it to a bar? I turned around on my bar stool and found myself eye to eye with a mother toting a wee lad resting on her hip and a stroller. He says I never take him anywhere, I replied. So, I figured Id bring him out for a beer before he started asking for call girls.

The woman just rolled her eyes, shook her head and pressed on. I want to know what you plan on doing with that, she said. What would possess you to go out in public with it? I was taken aback. Here was a lady questioning me about walking around in public with a chainsaw sculpture of a cock while she allowed her toddler to hug the thing. No worries, Im an atheist former sex-ed teacher. Its no biggie, Im just curious about your, uh, friend. Then her toddler began reaching for the beast as if it were a giant popsicle or stuffed animal, prompting her to say, Yes, Seth, you have a penis too. Its OK. However, when the child decided to lick the tip, she cringed, turned away in horror, and even let out a nervous laugh reminiscent of someone with a good sense of humor being goatsed.

As day turned to night, the bar began to fill up, and one of the owners paid me a visit. He walked over, stood next to it, and eyed it up and down, saying, As long as no one gets offended or my mom doesnt come in, you can keep it in here. So I asked him if I could take his picture with it and he vehemently said no while backing away as if I were trying to photograph him getting a blowjob from a tranny. Meanwhile, the looks the cock got were shifting from shock and fear to curiosity and flat out gusto.

One group of shitfaced girls came over and insisted on touching it — the whole time laughing and giggling — but when a camera came out, they scattered like children afraid to have their visage appear on the Internet next to a humungous cock. One man came over and stuttered something about it being the most amazing thing he ever saw. Then he called his fiancée over and insisted on holding it up in front of her as if it were a representation of his own phallus.

Things really loosened up as the woman next to me stared in amazement, and felt compelled to ramble on and on about the men shes been involved with, and how this giant phallus somehow represented her yearning for an ex-boyfriend.

But the topper was the guy who sat next to me and my friend and while he was asking me about the cock, drooled on it. Not metaphorically, but actually drooled on the cock. At one point, while he was rambling on and on about how much he loved women, I realized that he was not looking at me or any women in the bar, but was looking at the cock instead. And still drooling as if he wanted to take it home and shove it up his gaping ass.

People came over and put saran wrap on it to fashion a rudimentary condom. Others came over and touched it like some folks touch a boa constrictor. Others would screw up their courage, saunter over, and make some silly dick joke. But mostly, the cock became just another patron in the bar. People even offered to buy it drinks.

By the end of the night, my friends Ella and Melody rolled through. Ella saw it, walked over and screamed, “What the fuck is wrong with you?!” loud enough to be heard over the deafening stereo. Im a freak, and I do mean a freak, she yelled, but that is the most disgusting thing Ive ever seen. Take that fucking thing home before I steal it and have it turned into mulch. Melody then tore into me with a lecture on how the thing was just a disgusting object and just unnecessary.

I was taken aback. Here were good friends of mine, women who I know have done some freaky shit in their sexual pasts, are as liberal as can be, and hip with the concept of freedom of speech, yelling at me about a 3-foot cock and how its somehow inappropriate to bring to a bar.

What is it about the cock that bothers you? I asked Ella. Oh no, she yelled. Youre not pulling this sociological-study bullshit on me. This is not some fucking psychological test or performance art crap. You brought a disgusting looking 3-foot dick into the bar and are expecting to just get a rise out of people, you sick fuck.

On the way home, with the bastard over my shoulder, I had to admit to myself that she had a point. I mean, really, what sort of lunatic walks around with a 3-foot cock expecting people to welcome him with open arms? Not me, anyway. Regardless, who gives a fuck? If people are comfortable, theyre not living life to the fullest, and what else is this little set of trips about besides taking people out of their comfort zones?

Either that or its about showing everyone how much I like dick.