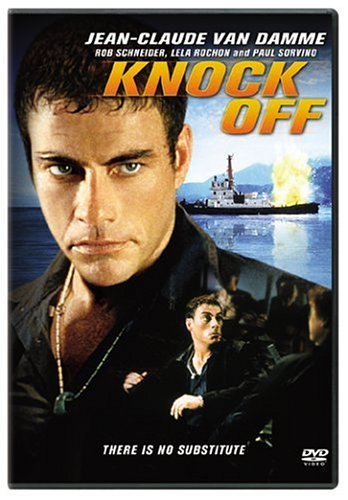 There is no substitute.

Oh my, yes.  It’s about a kickboxing fashion consultant trying to save the world from exploding jeans.  JCVD is a cheap knock-off artist in Hong Kong who tries to go legit as a jean manufacturer and unwittingly partners up with an undercover CIA agent.  There is a CIA agent undercover in the Hong Kong garment industry because Russians are planting “nano-bombs” in knock-off merchandise hoping to detonate them once they reach American consumers.  The Russians’ motivation for doing this is…  They’ve chosen to distribute the bombs via knock-offs manufactured in Hong Kong because… Well, look if I was the producer, it wouldn’t have gotten to that point of the pitch before giving a green light either.

Rob Schneider, who according to my calculations was still fairly popular in 1998, plays the undercover CIA agent.  The atrocious dubbing detracts from the comic timing and boundless charm you are accustomed to, but he still wears Hawaiian shirts.  Seriously, he wasn’t bad.  Paul Sorvino plays his boss. 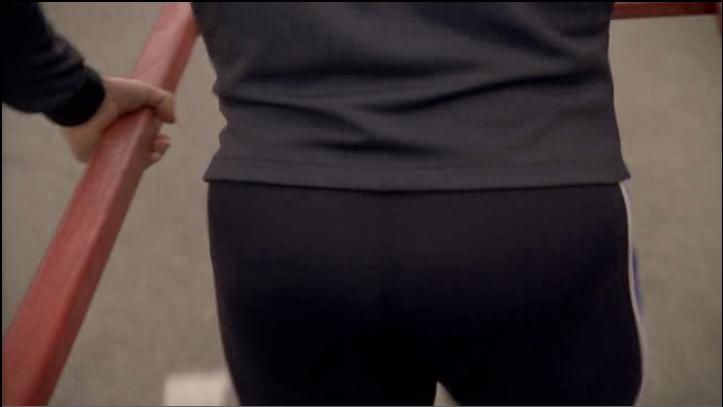 Homoeroticism:
It’s nice when we review one of these films and don’t have to embellish or creatively interpret anything to find homoeroticism.  Which is about 98% of the time.  During a rickshaw race, JCVD is pulling Schneider and they take a short cut through an alley fish market.  When they emerge, Schneider is holding an eel which he uses as a whip, flogging JCVD’s tightly clad posterior and shouting “Move that big beautiful ass of yours!”  Just the facts.

Obviously it was atrocious, but it kept my attention.  I read a couple other reviews and it’s amazing how much people are willing to concede to HK flicks.  The Onion even talked about the contrast between exciting HK action and the dull JCVD.  The HK director has a POV of a stray bullet going through a roll of toilet paper for no reason… Genius!  Kevin Thomas of the LA Times who, admittedly, is grossly incompetent in general, claimed this was “one of Van Damme’s best movies ever.”  Again, it is about a kickboxing fashion consultant saving the world from exploding jeans.  The excess in aimless style does kind of make up for the ridiculous plot and terrible dialogue, in that it gives you something to look at, including cool stunts that would have no place in a rational storyline.  But let’s stop deluding ourselves into believing that the “electrifying” HK action is something other than an entertaining gimmick to cover up coarse scripts for internationally diverse audiences, many of whom can barely read.  There’s a reason that approach is terrible in Hollywood: because people are taking the films at least somewhat seriously.  But the approach does work here because the whole thing is so ridiculous that the pointless shot from the POV of a shoe fits, where it would just be a waste of time if you actually cared what was happening.

Um… not that many, but some are deaths by exploding jeans.  Also, the nano-bombs make green explosions for some reason.  Another guy has his safe booby trapped with some kind of rocket intended for shooting down helicopters.  A few other people are shot or crushed by cargo containers.  The total is probably about fifteen.

Somehow, JCVD winds up in a karate battle on a moving truck.  In Hong Kong they use huge bamboo chutes to make scaffolding for construction.  I know this because, being a world traveler, I have been to Hong Kong, where I saw this scaffolding all over the place.  I also dined at a Wendy’s.  Anyway, JCVD unleashes a wicked spin kick and knocks one of the Russians  off the truck and he is impaled on one of those bamboo chutes.

The unusual thing about this one is that Paul Sorvino screams after the toy dinosaur he is working on has already exploded and killed him.  HK action films are so dynamic and exhilarating!

The whole thing is set around the time of the handover of Hong Kong from England to China.  And… yeah.

Even when it’s done by the original actors, who were originally speaking English, Asians will find a way to fuck up the dubbing.

Also, “Counterfeiting happens to be a federal crime.  Whether it’s clothing or whether it’s money, it doesn’t matter.”