Tony: This week I am making my picks based not on any logic but on how I feel about the teams. I thought this would be a tough pick because it would be difficult to decide who I hate more. Then I realized I really only hate Ray Lewis whereas I hate everything about the Patriots. Also, Brady is no longer comfortable in the pocket and you can bet the Ravens defense will spend the afternoon climbing into his rectum. Also, Belichick’s sweatshirt is fackin’ retahded and fuck Sax. Baltimore.

Dick: Since the Ravens are no longer run by that retard Brian Billick, their offense has opened up in ways once thought unimaginable because Joe Flacco has quickly become a poor man’s Dan Marino. However, even though Baltimore is looking impressive, this game is being played in Foxboro and the Patriots still look a little pissed about blowing numerous opportunities to spank the Jets like the mouthy little brats that they are. With Fred Taylor essentially locked in as their lead back, Tom Brady catching his rhythm, and the defense gelling, I see no reason not to take the Pats in a pick ’em that they’ll win by a touchdown.

Tony: Tony Romo is an inbred jackass and a terrible quarterback. Wade Philips is a fat lesbian. Jerry Jones has a tiny dick. Tashard Choice’s first name is Tashard. Denver.

Dick: Look, Dallas is shitty, but Denver is far shittier no matter what their record says. For some reason the Panthers were able to hang with Cowfuckers until Jake Delhomme and Steve Smith read the defense differently and handed the Cowboys the game. Basically, Denver will keep this close for three quarters because their defense has looked incredible against Cincinnati, Oakland, and Cleveland which is sort of like fucking a bunch of 2’s and calling yourself Hugh Hefner. Dallas is not quite as bad as those clubs, but they’re close, especially since they will be fielding running backs from the local prison leagues because everyone else is hurt. Even so, since there’s no pressure on Tony Homo he’ll expose Denver as a paper tiger giving Dallas a “quality” win against the “best” team in the AFC West. 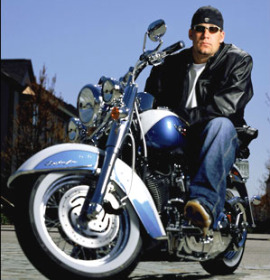 Tony: This sucks. I have Big Baby Rivers on my fantasy team, but I also have Pittsburgh’s defense. I think Pittsburgh will be looking to right the ship after last week’s display of ineptitude. This game will be a shootout so I get a bunch of points out of Rivers and then Pittsburgh will win by a touchdown and I will get this pick right.

Dick: Losing to Cincinnati is never fun. It’s sort of like getting the shit kicked out of you by a girl in front of your friends and your mom. Now a grown-ass-man is coming to your house in the form of San Diego and even though they are riddled with injuries, they could be playing in Death Valley and Phil Rivers would just pull out some scripture about Jesus resisting the temptations of water and pussy in the desert that would rally his teammates to ignore dehydration and vultures to win by six points. However, the reality is that if Troy “Hair King” Polamalu plays, Pittsburgh will probably get the win, but not cover. If not, San Diego wins because frankly, the Steelers are nowhere near the same without him. Put my money on Jesus Boy to keep it close enough to get the cash.

Sax: Even if Polamalu plays, Pittsburgh cannot score because Ben Roethlisberger is fat. They might win, but not by a touchdown. Isn’t Willie Parker supposed to be good?

Tony: I like how regardless of what actually happens this game the story will be how the game was won or lost based on Favre’s performance. Yawn. I also like how Green Bay was supposed to walk away with the NFC North. Vikings.

Dick: Brett Favre facing the Packers in Minnesota is neat-o, but it will be really awesome when he has to go to Green Bay where all the kids who were named after him have legally changed their name to Satan or Lucifer or Gaylord. Anyways, the Vikings are going to cover this one with ease because while Aaron Rodgers is the superior all-around quarterback, the Vikings have a far better defense and Adrian Peterson is essentially Jesus in cleats. Even when Favre was with the Packers they had trouble in the dome and with 65,000 screaming purple cock eaters making the noise of 20 747’s, Rodgers will be lucky if he doesn’t get hit with less than four delay of game penalties. Oh yes, Vikings by a lot.

Sax: I keep trying to talk myself into doing my patriotic duty and taking the points, but I realize my hatred of Favre is clouding my judgment. Favre pulled one out his geriatric ass last week, so I still don’t think the Vikings are as good as the hype, but at home this early in the season? I can’t pick against them.