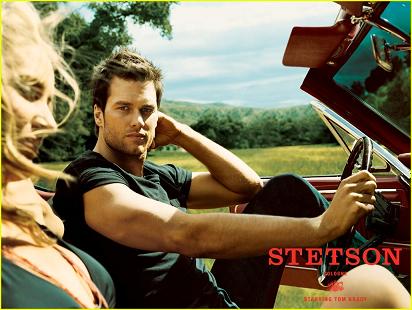 Tony: Somehow, Houston has become the best terrible team in the league. Everyone is like, “DON’T DISCOUNT THE TEXANS IN THIS ONE, ‘COS WHEN SCHAUB AND JOHNSON AND-” Colts.

Dick: Houston has lost three games to the Colts by three points. Considering they just lost to the Titans a week after an ESPN the Magazine article quoted Andre Johnson saying he would probably leave the Texans if they don’t make the playoffs this year, I’d say Houston is choking their season away while publicly worrying about losing their best player. Indy is a bit banged up and the chances of them going undefeated are pretty slim. If they are going to lose one or two, this week is as good as any against a team desperate for win, right? No, Indy will win by at least four because it’s no accident Indy is 14-1 all-time against a Houston that is “this close” to quitting.

Sax: The Colts are running the table. It’s over. It’s all over.

Tony: Another Bad Team Bonanza. Arizona was in the Super Bowl last year. Tennessee went 13-3 last year. This year, both teams can make vampire fangs with the candy corns FROM MY FUCKING STOOL. Uh … Titans, I guess.

Dick: Tennessee is reborn and Vince Young is playing with confidence. He’s still shaky when it comes to throwing from the pocket, but he’s starting to look like he’s figured out a couple things about playing quarterback. However, the Titans did the same thing when he came off the bench a couple years back and after a string of wins the novelty wore off and defenses worked on keeping him in the pocket and he had a nervous breakdown and went AWOL. This week it won’t happen because if God benches Kurt Warner with a concussion, Matt Leinart will be trying to shake off two years of rust against a Tennessee team hellbent on proving their shitty start was a fluke. If Warner is in there, he’ll eviscerate the Titans in a laugher because he knows what Larry Fitzgerald and Anquan Boldin are thinking on every play. Cards by a lot.

Sax: Even at home, I cannot pick a team that is starting Vince Young. I just cannot do it. Then again, I am fucking terrible at this. I’m taking the Titans. Chris Johnson is a beast, who knows what the hell is going on with Warner, the Cardinals have always been flaky and are sitting atop their atrocious division with nothing to play for. Also, I guess now is the time to point out that Tony sent these picks to me at midnight last night and he was drunk off his ass.

Tony: See here’s the thing about Kyle Orton. KYLE FUCKING ORTON. Everybody is like “The New York Football Giants” and Kyle Orton is like EAT MY FUCK. And Josh McDaniels is like SUCK IT, and everyone lived happily ever after. Ravens.

Dick: Ben Roethlisberger does not play well hurt. I wrote about this phenomenon in 2007 and I stand by it. The Ravens will beat the shit out of him this Sunday if he insists on playing. What’s more, Troy Polamalu has been all but ruled out of the game, and all things being equal, he’s more important to the Steelers than Big Ben because he makes Dick LeBau’s defense work, and without him, they are not the same team. Baltimore has been up and down this year, but I’m taking them in a really close one because until Ben wins one hurt, I have zero faith in him.

Sax: God, I hate the fucking Steelers. Pittsburghers can talk about the rejuvenation of their city all they want, they are delusional. A couple new hospitals don’t mean a damn thing, the city is still a post-industrial wasteland full of semi-literate, semi-employed hill people with nothing to live for other than their football team. The steel magnates tried to import some culture by endowing universities and museums, but it accomplished nothing. Polamula is turning into Bobamalu Sandersau, Ben Roethlisberger’s 80 IQ has been knocked down to 73 by all the head trauma, and the chickens are coming home to roost. Or, the Ravens are coming home to roost. Do Ravens roost? Are the Steelers better than the Colts? No. Ravens.

Tony: Look at this shit. Orleans is favored over England. This is a topsy-turvy world in which we live. Four years ago, Orleans is like oh no it’s raining we are fucked, and England was like we are championships. Now, in two hundred thousand and niner, Orleans is like touchdowns and England is like roughing the crumpets. Saints.

Dick: This should be a fantastic game and could be the Saints real coming out party or the Patriots reminding everyone they are still near the top of the heap. There’s no doubt that Brees and company will be coming out pumped, but the key will be maintaining their composure when Tom Brady starts to cooly dissect their defense sometime around the start of the second quarter. No matter, this is the game the Saints have been craving all season to prove their legitimacy. Plus, it’s in the Superdome, which will be deafening. Belichick’s not going to do anything stupid like he did against Indianapolis because on Monday night he’ll be facing a healthy team that won’t wear down at the end. Right now, the Saints are the better team and barring a string of terrible turnovers and mistakes, they’ll cover.

Sax: Look, there is no chance I will win this pick-off, so I’m picking with my heart. The Patriots will finally overcome their second half woes, match the Saints TD for TD, and Tom Brady’s hairline will triumph over Drew Brees and his few remaining follicles. The Patriots are the best team in football, JFK was the best president, Matt Damon is the greatest man to ever live, and Boston is a shining city upon a hill. I hate you, Tony